Apple's big iPad problem: How do you convince owners to upgrade when their old machines work just fine?

Oh come on. Get the new iPad.

After all, it’s got improved backside illumination guffaw

Apple’s planned obscelesence cycle is on about a 3 year timeframe. I think they even state this implicitly due to the length of time you can buy “AppleCare” technical support. 64 bit apps won’t run on the old hardware, so all old iPads and iPhones pre 5S will become abandoned devices by 2017

I use chrome on my first gen and it seems to work fine.

After all, it’s got improved backside illumination guffaw

At what point should mobile camera technology stop being improved? Today? June of 2012? When did we hit the peak?

My biggest annoyance with Thunderbolt is that when you bump the connector (which sticks out about an inch from the side of my MacBookPro because of the active circuitry in the cable) it often momentarily disconnects everything connected to it. I’ve never had that problem with USB or FireWire400.

Also, peripherals that actually support Thunderbolt have been slow in coming.

On the other hand, reading and writing a sustained 1,600 megabit per second is very nice for video editing, twice the speed of my USB3 drive.

And the MacPro does has 4 USB3 ports, so there you go…

I think Apple is just trying to match the performance. If you need 12 cores, dual graphic processors & 64 GB of RAM, you’re likely doing things where FireWire or even USB3 will be a bottleneck, but yeah, YMMV…

The way that Apple tends to subdivide their current hardware by storage space, with massive price jumps for a mere 16GB of flash memory, indicates that extra storage is the most desirable feature.

They could probably drive a lot of sales by just giving each new model twice the capacity of the old one, but long-term that might make the intra-generation tiering untenable. Who’s going to pay an extra couple hundred bucks for future-proofing once Moore’s Law comes into play?

I have the same crashing problem with Chrome as I do with Safari. Some other non-browser apps that require Internet access tend to crash as well (Netflix, magazines, etc).

As much as I’m able to ascertain, there is some kind of memory leak issue inside the OS that the older hardware doesn’t handle very well. The problem is especially exacerbated on websites using Javascript - and disabling Javascript is not really a viable option for browsing anymore. Of course nobody really knows why and Apple doesn’t acknowledge the widespread problem. It only started happening after the OS5 update.

I’m not interested until I see a comparison in terms of performance between Snow Leopard and Mavericks. I have a late 2008 MBP that’s getting a little meh and I have a feeling too much NEWANDSOSHINY might kill it.

wait until it’s as old as my iPad 1. poor baby, it can barely handle most apps these days without crashing and needing to retry again (and again), and i got left in OS limbo a couple updates ago. it’s time for an upgrade, and i’m drooling over the new iPad Air.

How are you guys using the iPad 1? That thing was practically obsolete the day it was released, much less today.

I have a mid 2009 MBP and it runs Mavericks fine, based on playing with it this afternoon, at least.

To be honest, I’ve seen precious little change in OS X since Snow Leopard other than inverting the scrolling and adding a crap messenger centre (okay, if it ain’t broke…but still…). Mavericks appears to add a pointless eBook reader, and a worthless map program in just 5 GBs of download.

I get the impression Apple doesn’t give a shit about OS X any more. And seeing the direction of their sales figures, seems like no-one else does any more either. 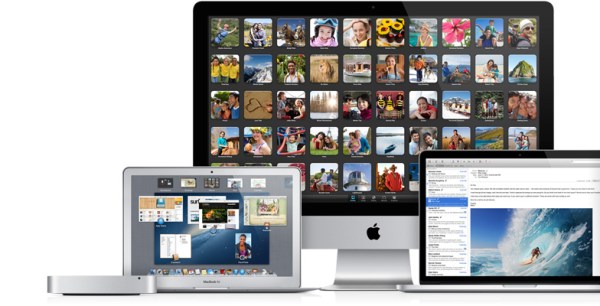 Apple's Mac sales for its first fiscal quarter of 2013 were not very impressive, despite high holiday appetite among consumers and new models. The company moved 4.1 million Macs in total, including notebooks like the new 13-inch Retina MacBook Pro...

You could try wiping it and starting over. There’s also the fact that you could jailbreak it pretty easily, something that (I think) isn’t so easy anymore on the later-gen ipads. There’s something pretty cool about playing old SNES games on an ipad over a bluetooth wii controller…

This is either the dumbest or the best comment I have ever read on the intranets. The fact that I am not sure makes me lean toward best.

Okay, I have a story:

Once upon a time, when I was very sleep deprived and loading children into the mini-van, I left my trusty iPad gen 1 on top of the van (along with a book and a folder of papers). After having driven through an intersection, a short section of interstate, and a long segment of road through rural farmland, my heart leaped out of my mouth as I suddenly remembered. I slammed on the brakes and pulled over, furiously searching the passenger side seat, the floor, anywhere, hoping to make it somehow magically appear beside me. I climbed out and looked up top, but it was gone.

I flipped a U and drove back the way I had came like a maniac, scanning like a muthaflippin robot as I went. I went back over the interstate in the opposite direction, got off where I had first gotten on, and came back to the intersection. There I saw my book on the corner, my papers tracked on and miserable looking as cars drove by. I stopped and collected them, not seeing the ipad anywhere. I was sure it was gone forever, either broken, or stolen, or mostly stolen and broken.

I pulled back onto the interstate and began the drive back home. The kids were laughing in the back and smiling, oblivious. I began to think of what I would tell the wife, the friends, the parents. It’s a horrible feeling to know you single-handedly destroyed something useful and (a little bit) beautiful. I had hacked the crap out of the thing, also. I felt like I killed a small friend.

Then, off on the side of the interstate, I saw a small black rectangle, the shape of the case my ipad lay contained in. I checked mirrors and pulled off, then backed up during a lull in the traffic. I got out and made the long walk to humiliation, knowing the screen would be shattered. (I must have been going at least 50 mph when it flew off, possibly faster. It was a decent ways past the onramp.) I reached down and picked it up. One of the aluminum corners was deeply chipped. I opened the flap and turned it over.

The screen was fine. Except for that dent, not a scratch. I turned it on. No problem. That happened about a year ago. Still using it to this day. (I guess you could really chalk that up to the quality of the case, but the fact is the ipad itself did take a big hit and it still works. Even the battery is still decent.)

TL;DR I once REALLY dropped it and it didn’t break.

As an iPad 1 owner, I feel your pain. But you’re very confused about their motivation – OS X 10.9, released today, works on Macs that were released in 2007.

Apple sometimes (not always) rides the technological edge. Sometimes it doesn’t make sense for them to keep supporting older platforms where that support costs engineering and QA resources.

“But Apple has billions in the bank! They can afford it!” – Microsoft does that. Nobody does OS-level compatibility better than Microsoft. How well did throwing money at that problem work out in the end for Microsoft? You don’t get it for free.

Focus is about saying no, and sometimes that’s not a great user experience for some users, but it’s part of what you’re paying for with an Apple device. Maybe that sends you running to Android, and fare-thee-well. You and Cory Doctorow are welcome to enjoy the freedom afforded by Android, and the completely different set of trade-offs that come with it. They may suit you better.

In the System 4 era, Apple was not intentionally breaking software unless they had to because it was doing something counter to the Mac programming guidelines and they needed to change something to make other things work. Yes, that happened a lot. The OS architecture for classic Mac OS was, frankly, crap. And the Mac didn’t have enough apps to even think about pulling that tactic off at that time.

Any Mac you could not run OS X on would have been far too slow for it. There was a third party hack that allowed you to do that on the early G3’s, and you could see for yourself if you wanted. It was unbearably slow.

It seems if you put a phone on that pad people will flock to it. I still have my 4 because the 4s and 5 didn’t offer enough to upgrade and just about every other phone on the market is so big that it doesn’t fit comfortably in my pocket. The 5s doesn’t offer much either but I’ll get it as soon as the 6 comes out because it’ll be reasonably priced and won’t be silly in size.

Again, if Apple put a phone on that I-Pad it would sell like hotcakes.

It’s the classic Volvo 240 problem - the cars they built were lasting too long and owners weren’t upgrading to newer models, which eventually led to Volvo being purchased by Ford.

x86 motherboards are still sold with them.

Remember when optical drives went away?

Most desktops come with them internally still.

but they got over it.

No only Apple fans got over it. Everyone else still gets to have what they want if they choose too. Besides it’s not like Apple couldn’t have put a couple of eSATA connectors on the back and then viola, you’d have a dedicated pipeline for your hard drives.