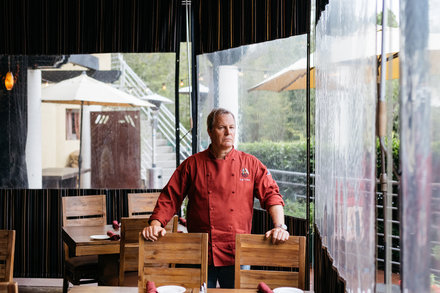 With a clause in complex contracts that few people read, corporations have insulated themselves from lawsuits and locked Americans into a system where arbitrators overwhelmingly favor business.

“This is among the most profound shifts in our legal history,” William G. Young, a federal judge in Boston who was appointed by President Ronald Reagan, said in an interview. “Ominously, business has a good chance of opting out of the legal system altogether and misbehaving without reproach.”

Seriously, what in the ever-loving FUCK

Good article. It will require legislation to fix. Unfortch, congress is locked up by the corporate fascists right now.

Yet another reason to be
#feeling the Bern

And people wonder why I’m anti-capitalist. I may not like government but at least there is the opportunity to vote the fuckers out when they get too power crazed.

Ok I’m no corporate apologist. But imagine running a company that has to field hundreds of thousands of $20 claims, which you know to be frivolous. You’ll spend about $100 in time and corporate resources dealing with each one, and some will become court cases. How do you deal with that?

Of course the pendulum has swung too far in favor of the fascists.

But there has to be a way to protect both entities without either side’s powers becoming overblown and irrational like it is and was.

So maybe the corporation should urge the courts to consolidate all those claims into one giant class action lawsuit and spare it the hassle of arbitrating every single allegedly frivolous claim.

Yes, good point. I’m suggesting that the claims start at the “individual contacting company” level, causing massive outlay of resources to field those claims. In order to reduce that massive outpouring, I’m suggesting that under some circumstances the company itself should retain the ability to pool those claims and claimants into an arbitration proceeding rather than a court proceeding, to save time and money and address a concern, much like an automotive recall that occurs unilaterally and not as a result of a civil action.

At this point, I diverge from my own argument, because what if that arbitration turns out unsatisfactory for the pool of claimants? Under the supreme court ruling as it is now, that’s it. It’s over. In my little scheme, those claimants should still be able to form a class action.

So, I’m talking about everything preceding a class action, and what companies should be able to try for resolving disputes. All of this presupposing reputable companies doing their best effort to resolve things satisfactorily. Unscrupulous companies? To hell with them; send them to the dumpster.

Did you see this a few weeks ago?

Arbitration: how America's corporations got their own private legal system

Arbitration: how America's corporations got their own private legal system

I wasn’t aware of arbitration until it was on an episode of Silicon Valley. I guess TV is sometimes educational

The New York Times is ON IT!

(I really shouldn’t be so hard on them-- the new york times article is twice as long, and features interviews with businesses and individuals disadvantaged by this expansion of arbitration, instead of a political call to action, which (unfortunately) can be blithely dismissed by partisans disinclined to see political change)

I recently gave my assent to Netflix’s new policies and I noticed the arbitration clause without any reaction. It’s become that boilerplate.

By reading past this disclaimer, you agree that in the event of your blood boiling, your SOLE remedy shall be binding arbitration, and hereby agree not to pursue @jerwin, or his agents, minions, family, or employees through state or federal courts (hereafter LITTLE PEOPLE COURTS)

Part 2: In Arbitration, a privatization of the Justice System
Part 3: In Religious Arbitration, Scripture is the word of law

By looking at this banana

you are agreeing to submit yourself to binding arbananatration should you seek remedy for a dispute both real and perceived, in sickness and in health till death do you part, can I get an amen?

The situation you describe is exactly what a class-action is designed to handle efficiently; and ‘arbitration’ is only modestly more efficient than real court at handling(since it’s a kangaroo court with no actual procedural standards, it’ll be faster and cheaper than the real thing; but you’d still be handling cases serially).

Arbitration has some potential utility when it is actually consensual and between parties of roughly equal power(it’s not like anyone enjoys going to court); but when it’s a contract of adhesion between one party who is a valuable repeat customer and another who is some nobody; it could hardly be more transparently unjust(except that it’s actually opaque, since there are basically no documentation requirements and anything that does get written down can remain sealed forever).

Given that it takes nontrival legal chops(or some potentially expensive advice) to even recognize an ‘unconscionable’ or otherwise unenforceable clause; and ‘severability’ typically protects the enforceable parts of a contract even if some sections are actually challenged and laughed out of court; the only real surprise is that such language hasn’t proliferated even faster.

The only cost of adding it is the toner it takes to print; and it gives you a great deal more power over potential adversaries, quite possibly quashing a decent number before they try anything; and making sure that any who do don’t get very far.

If the myriad contracts of life were actually negotiable, one could object; but it’s hard to imagine a consumer service provider even being willing to look at your alterations; much less budge on them.

If the myriad contracts of life were actually negotiable, one could object; but it’s hard to imagine a consumer service provider even being willing to look at your alterations; much less budge on them.

There is a fairly easy remedy for that, which is for people to not agree to contracts which don’t accept their equal standing. The only reason they would ignore negotiating with one person is because they are an outlier, rather than the norm. But if everybody does so, their options are to participate, or go out of business.

That’s it; the solution is to spread awareness of this practice and generate a revolt against it.

Not gonna hold my breath though, since apathetic fuckwittery is so rampant…

The suit was filed by, get this, “Committee to Preserve the Religious Right to Organize” on behalf of employees.

This is Hobby Lobby’s Arbitration agreement, as it existed in 2010

It requires arbitration by either the rule of the American Arbitration Association, or the Institute for Christian Conciliation-- though as the new york times implies, the legal climate may have changed since then.

This topic was automatically closed after 475 days. New replies are no longer allowed.