Astronaut urine could be a key concrete ingredient on the moon

Fine, but they have to factor in the cost of transporting the required tea leaves to the Moon.

Peeing just went heavy competition. Wonder if the biggest pisser gets a bonus?

I’m beginning to develop the impression that living on the Moon, would not be such a “cool” thing.

Umm - and the water? (I guess they won’t be recycling the pee to make more drinking water?) 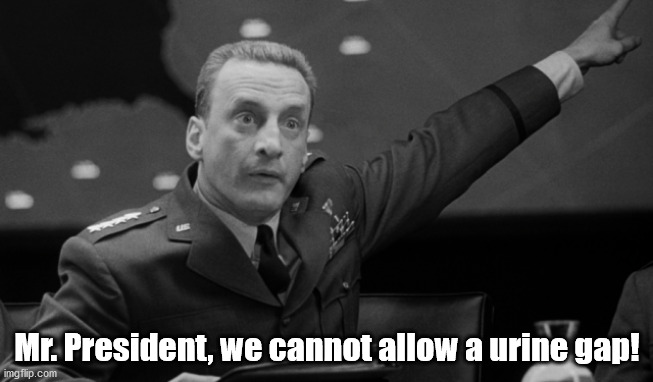 No PEE for you!

If they succeed, will they make a mooncrete teapee for moonies to live in?

I see some isolation stress related evidence in that statement. Sit down, Send’n cyber hugs.

That’s why researchers are exploring how moon bases could be mostly constructed from raw materials already there.

Materials Engineer: [Raises hand] I have several ideas for economical construction materials we could use in lunar construction!

Materials Engineer: Uh, OK. Not where I was going but I guess we could work with that…

“Captain, you’ve done a piss-poor job of making these bricks.”

Interesting paper. Being able to produce what is basically the lunar equivalent of shotcrete would make building protective constructions relatively fast and easy, for lunar values of “easy”. I’m thinking of something like the igloo-like shelters Albania put up in their hundreds during the cold war as a first step.
However, as the authors write, “further studies are needed in order to assess how these lunar regolith geopolymers will behave under the severe lunar conditions, with a vacuum that can cause the volatile components to evaporate, and large temperature fluctuations which might cause crack formation”.

In the next edition of The Martian, Mark Watney grows asparagus instead of potatoes…

But we don’t really care what colour the mooncrete is. (Or what it smells like.)

They’ve just moved the problem. How will they get the beer to the moon?

Wonder if the biggest pisser gets a bonus

At the very least, they’re sure to get the respect of their peer group.

If I am understanding correctly, it is misleading to use the term “concrete” here. That’s presumably why TFA refers to “mud”, which seems a lot more accurate.

Mud (e.g. adobe) is a perfectly fine economical building material, but it performs almost solely in compression, meaning it’s only really good for vertical walls, and even then you need a lot of buttressing at large scales. For a pressurized dome it’d be useless.

The whole point of concrete is that it has a fair amount of tensile strength, especially with a bit of reinforcement, so you can use it for domes, floors, roofs and so on without a lot of vaulting and buttresses. And as far as normal concrete is concerned, using piss as a plasticizer is definitely not a helpful innovation. Even small amounts will retard the setting of calcium-based cements, which was used by the ancient Romans (and modern sculptors doing large plaster casts) to give longer working times. If you used piss instead of water, the mixture would probably never set.

Often when we talk about concrete on the moon, we’re talking about pykrete, which uses ice in place of calcium-based cement, and I guess piss would work for that, but I don’t know that there’d be any benefit.

(I guess they won’t be recycling the pee to make more drinking water?)

… and that’s the other problem. If you use water for construction, you’re either shipping it from Earth at ruinous cost – in which case sending metal and plastic would go a lot further – or you’re mining it locally, but then you’d need a very good justification for the expensive business of purifying it and processing it through human kidneys a half-pint at a time.