I remember the story in Skyrim. Something about dragons, right?

Maybe 4 was an improvement in terms of mechanics and visual design. But story telling wise Bethesda has been collapsing for a while. Bland characters. And weightless stories. Clunky dialog. I don’t actually remember much if anything about the story of either Fallout 4 or Skyrim. And Fallout 4 I found it powerfully boring as I was playing it. I found myself struggling to play it for more a 1/2 hour.

When I saw this article, my first thought was that I’d never catch up. Now, you’ve given me hope (and advice for what to skip). Thanks!

Why is one of the tags “Nintendo switch”? I haven’t heard of the games dropping on that system.

That aside I’m greatly looking forward to this upcoming title. On some level I’m a bit apprehensive of multiplayer because I’d hate to see diminished emphasis on single player stories set in the fallout world but I am still excited, hope it turns out great. I’ve been playing the games since Fallout 2 and I have a huge love for the series

I’ll just leave this here for all you RPG lovers. (or change the filter and get a different set of dynamics) 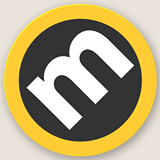 I’m in a similar boat. Watched the trailer 3 times

I’m in the same boat, the contextual optional world building/stories in Fallout 4 (and previous entries) have always been more interesting to me than the main story. Of course I’d love to have a more solid main quest story, but the side stuff drives me to explore and poke around. It’s one of the reasons I find other games like Dark Souls highly compelling.

In Horizon Zero Dawn there’s some recordings and log entries you can collect that are totally optional. They have a particular string of them that made me cry and haunted me for weeks and I could not stop thinking about these background unimportant characters. So to me having these interesting bits to hunt for often makes a game more fun to play.

Oh and even though the overarching story of Fallout 4 could have used some…thing more? there were some sub quests which I thought were quite good. The Silver Shroud, Dunwich borers, Secret of Cabot House, USS Constitution…

Not to forget the amazing Nick Valentine. Possibly the best character/companion in a Fallout game

Yup, all of those are what I think about when I think of Fallout 4. A couple others that come to mind are quest involving the death claw egg and the ship full of raiders speaking Norwegian.

I think it was a shot for shot remake of The Sound of Music.

Chinese submarine was one of my faves and none of my friends had found it. And Im on my I don’t even know what play through and still finding things I didnt know about. Ghoul cemetary. Atom Cats. Its just such a giant world you can play 4 in so many different ways, I really dont get the hate.

Obsidian certainly understands Fallout better(probably because, at the time they made NV, they were heavily loaded with former Black Isle people); but NV was not exactly a QA triumph.

Easily the best of the 3d Fallouts; but hard lock/crash to desktop isn’t exactly an uncommon occurrence, myriad in-game script, quest, leveled list, etc. bugs remain, there are tons of fragments of things that were partially cut(perhaps most enigmatic with some of the stuff that was supposed to be for The Moon Comes Over the Tower or the vestigial bits of the option to destroy the Thorn; perhaps most unpleasantly surprising in some of the later game “doing this irrevocably cuts off all other faction questlines; but doesn’t seem like it should be so final, probably because it was originally written with at least one additional step anticipated beyond it” surprises).

Fallout 4 or Skyrim(even pre enhanced edition, though that even more so) is vastly more solid(though much of the in-game scripting/leveled list/dialog/etc. jank remained to be cleaned up by epic community patches; and also Skyrim’s UI is basically an atrocity without SkyUI); it’s just too bad that 4 is so flat compared to NV.

I’d love to see Obsidian set loose with a more mature engine; if there existed a game that is to F4 what F:NV is to F3 I’d probably just play it until I wasted away; but so far no dice.

If you haven’t already; go grab A Tale of Two Wastelands immediately: it’s a collection of scripts and utilities that munge F3, and all expansions, into mods suitable to be added to NV, where you can take advantage of the technical improvements that were made; as well as(admittedly more a matter of taste) the improvements in skill breakdown, perks, and equipment options from 3 to NV.

Maxing out your character across both gameworlds(you can travel between them if you locate the correct means) will end up with you being pretty brutally overpowered if you choose to be(eg. NV has a lovely collection of suppressed sniper rifles and doesn’t have the painful “haha, ‘small guns’ and ‘big guns’ are completely different skills; would you prefer to be utterly hopeless for the first or second half of the game?”; F3 has copious power armor, including Advanced Mk2 dropping off what are basically late game trash mobs, which allows for combinations that are deeply unfair even before perk synergies kick in.)

As long as you don’t deliberately do that, though, it’s easily better than the sum of it’s parts.(and has some rather more challenging areas as well: the combination draws more heavily on NV weapons(I don’t think that it eliminates any noteworthy 3 ones; but in cases of duplication of disagreement NV is preferred; so Lincoln’s repeater and the Backwater Rifle remain terrors, as does most of the fancy alien disintegrator stuff from Mothership Zeta; but early game options end up mostly being NV-issue; and the NV early game is heavy on poorly armored raiders and fiends; with the occasional scorpion; while early game 3 has you waist deep in quite durable supermutants and (unless you really go out of your way to be a jerk) Talon Company; after a few lightweight raiders on your way toward the capital. Against random raiders and powder gangers the varmint rifle is superb; against angry supermutants, it’s an incentive to practice your cowering in the shadows).

If you read up on the development of new Vegas a lot of its jank and crash proneness come from essentially having to rewrite Bethesda’s engine in the fly. Without the funding or time to do so. Apparently the engine just couldn’t do it handle any of the features they were trying to add. And they even had to build their own tools to use the damn thing as Bethesda’s back end wasn’t nearly as fleshed out as it should have been.

Bethesda’s essentially kept the same engine going with duck tape level patches, And improvements bolted ad hock onto aging bones. Even the version used for Fallout 4 is essentially just a cleaned up version of the same engine. It sounds like it was terrible to work with.

But that shit was mature as hell. Just not the right sort of mature.

I don’t blame them for being handed Fallout 3’s engine and a “c’mon, a game is just a big expansion pack, man up!” deadline(and, while less dramatic than the later generational shift there are a lot of more subtle improvements even on the technical side between 3 and NV); but I don’t need a moral judgement to know that I get really nervous about triggering a loading screen in NV without saving first; and, while the feeling of rolling the dice may be in the spirit of New Vegas; it’s not a good thing; and it’s not a thing that is true of later offerings( not that F:4 was bug free on the technical level or anything; but a proper hang or crash counts as modestly notable; rather than a routine concern).

That’s why I’d love to see them handed the keys to a “launch when it’s awesome; we’ve probably got another 5 incremental variations of Skyrim to ship; so don’t rush” situation.

They have a well demonstrated ability to do fallout really well; nobody does software really well under time pressure, so it’s an unfortunate waste to have so much of their time wasted on (partially) mitigating technical flaws; rather than having the opportunity to deliver more game.

The infiltrator was bitterly disappointing, though.

Even more interesting than seeing the game churn out a story based on exisiting lore, there’s whispers from Bethesda’s camp that Vault 76 could be a multiplayer experience.

Because some people really have difficulty with the concept that different people find different entertainment value in different ways.