Real estate issues are driving a lot of this. The big tech companies have huge sunk costs in the form of custom-built headquarters and hubs (e.g. Apple’s UFO, Google’s NYC offices and West L.A. project, Amazon’s DC-area HQ2 projects) that were in-progress or just finished right before the pandemic started. There are also a lot of long-term and high-SQF leases they can’t just dump out of without serious penalties. Sub-letting space isn’t always an option, assuming there’s demand to be begin with.

Since Big Tech sets the pace, the rest of corporate America – tech and non-tech – will follow along. The additional driver there will be all those no-value-added middle managers who seem to do nothing to justify their salaries other than run wheel-spinning meetings.

So, back to the office you go, peons, with happy-happy HR Culture bromides like “it’s time we’re all together again!” covering up a return to the daily trudge to and from the office. Sure, it’s now been demonstrated you could easily do 90% of your work from home (on your own capital equipment, have no doubt), but that doesn’t fill all that expensive square footage we’re committed to for the next 5-8 years.

Real estate issues are driving a lot of this.

My first thought, too. The challenge will be figuring out how to redesign and reuse those buildings and campuses without the majority of the cost falling on the municipalities that probably gave incentives for those companies to move in. They had some expectation of a return for the investment that isn’t going to happen. This is why we’ve also seen news stories about how to tax all of those folks working from home rather than in expected central locations.

I know Big Banking aren’t looking forward to all the cascading failures of mortages and rent from decimated city centers and empty office blocks… maybe Big Tech is trying to make the center of cities cool again (for people who can make lots of money from this) as a favor?

Haven’t they been pushing those new live-work apartment complexes with restaurants, gyms, daycare, apartments, offices, and senior housing all in one space? Every time I see one of those models, I figure they just imagine workers going from cradle to grave and paying rent the entire time. All that’s missing is the peons in the basement shoveling the departed into the furnace to keep the place heated, and recycling the cremains in the rooftop herb garden, etc…

I feel a great disturbance in the workforce, as if millions of voices suddenly cried out in terror and were suddenly silenced. 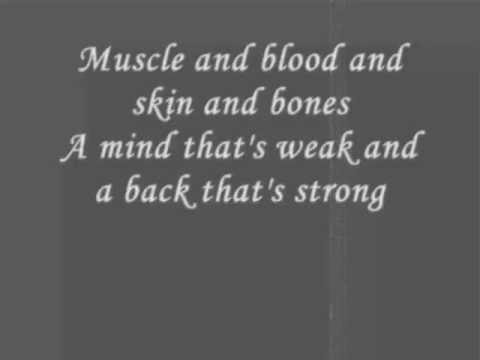 I started a new job at the beginning of the pandemic. I have never been to my office, located under 3ish miles/km away in another state (quite close). I have to pay taxes in a state that I have not been to in one year. Yes, I get to tax-deduct most of those payments to another entity, but what is frustrating is that my state needs the money. In the past, I was full-time remote for a company a few states away - never paid taxes to that state.

The country missed an opportunity to fix this mess with some type of legislative reckoning.

My work is beyond eager to have people back in the building. FWIW, the C-suite has been back in place for some time, even though most staff are not, per multiple reports, so they’re at least practicing what they preach.

I’ve been pushing for some flexible work time for staff, as we’ve proved that we can do the job great remotely, and the reception is more than a bit chilly.

Honestly, every one else in my office rushed back as soon as the state work from home mandate was lifted - at least one had a legitimate reason that he didn’t have space for home offices for both him and his wife. They ended up splitting the in-office days so half the staff was in Monday and Tuesday, and the other Thursday and Friday (and me never since I never came back).

'course they’re all working from home this week since one of the die-hard Trumpers got COVID and the office had to be closed.

Real estate issues are driving a lot of this. The big tech companies have huge sunk costs

I’d be surprised (but not shocked) if this were the case. Those leases are after all a sunk cost, and everyone knows about the sunk cost fallacy. My expectation is that the companies believe they can get more productivity on an ongoing basis by having workers collocated. I’m not sure that’s correct but I can’t see Big Tech making a decision purely on sunk cost.

all those no-value-added middle managers who seem to do nothing to justify their salaries other than run wheel-spinning meetings.

Bingo! A few companies like REI saw the writing (and opportunity) on the wall and dumped their massive campuses or leases, but I have a feeling that those who don’t are being driven by the combination of needless middle management and the detached c-suite concept of productivity being the result of a taskmaster. 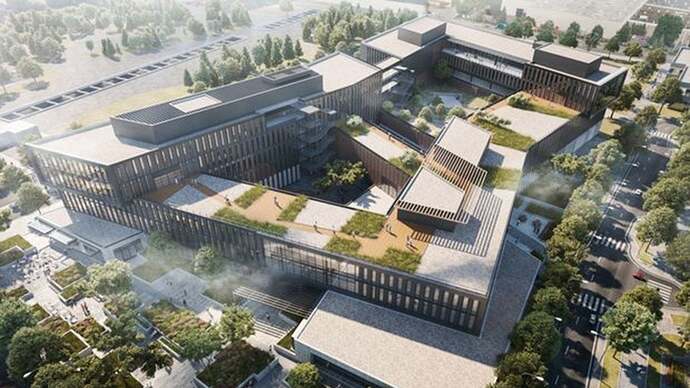 Why REI Is Selling Its Brand-New Headquarters

The challenge will be figuring out how to redesign and reuse those buildings and campuses without the majority of the cost falling on the municipalities that probably gave incentives for those companies to move in.

The corporations that took those incentives and tax breaks aren’t going to spend one cent more than necessary to deliver on the promised ROI to the municipality or county. That promise has always been pretty much a boondoggle, anyhow. Getting workers back into downtown offices “in commuting distance” ends up solving problems for both the corporations and city governments, albeit at the expense of workers and with a return to a lot of the unpleasant pre-pandemic externalities.

maybe Big Tech is trying to make the center of cities cool again (for people who can make lots of money from this) as a favor?

They’re not doing it as a favour to the banks or real estate industries any more than they are for municipalities. The interests of late-stage capitalist institutions just find ways to co-incide. See also the fossil fuel and automobile industry, which saw large drops in demand due to work-from-home. “Getting back to normal” serves the neoliberal globalist system, and the institutions are quickly moving past the opportunity to question whether “normal” was all that sustainable or healthy.

Haven’t they been pushing those new live-work apartment complexes with restaurants, gyms, daycare, apartments, offices, and senior housing all in one space? Every time I see one of those models, I figure they just imagine workers going from cradle to grave and paying rent the entire time.

It’s the high-tech company town with a smiling face. Notice how the disgraced WeWork company, which was pushing this model for freelancers, is suddenly making a comeback in the markets.

Or both, unevenly distributed. I’m expecting big companies to focus on commercial real estate in desirable alpha cities and regions, consolidating there while they get out of leases or downsize significantly in smaller cities. Meanwhile, the value of residential real estate in big cities will resume its rise (assuming that ever stopped – in some places it didn’t) while the value of the “getaway” houses you describe that boomed briefly during the pandemic will fall back to old levels.

All taken together, a return to the neo-feudal winner-take-all economy.

Here is hoping that Google’s strong employee-driven culture pushes back hard against this. Even as a society, WFH solves so many problems that government should be stepping in to regulate this. Silicon Valley should be at the forefront of it, with places like NYC close behind.

“Hey, we can spend $29B to expand the 880 to 12 lanes, or we can mandate that companies allow any employee to work from home. Hmmm. What should we do?”

That’s going to be across all industries. The place I work is already looking at how to reduce office space and rent once our lease ends… in five years. Our space has been unoccupied for a year, and we’ve been working as efficiently as we were before the pandemic. With rent being our single biggest expense, we are definitely looking at how we can reduce our rent by 50 - 75% at the end of the lease term.

I’d be surprised (but not shocked) if this were the case.

The leases are the secondary factor. The trend will be set by Big Tech companies that built and own their own plant and infrastructure (e.g. 2.8-million sqf in Cupertino for Apple). They have to fill that space, which means reducing remote working (in an industry particularly suited to it) and bringing workers back into the office.

Other companies will follow their lead, as they have for decades. They may lease their commercial space instead of owning it, but they’ll also be inclined to fill it with warm bodies as a solution.

My expectation is that the companies believe they can get more productivity on an ongoing basis by having workers collocated.

“Believe” is the key word there. Remote work has its trade-offs, but the early indicators have been that most workers are at least as if not more productive when they work from home. I’m sure we’ll see a lot of BS narratives and commissioned studies from corporate America denying this starting in the fall, but the reality is that productivity isn’t the primary benefit to corporations for bringing people back to the office.

I’m not sure that’s correct but I can’t see Big Tech making a decision purely on sunk cost.

Big Tech has done this before. Most notoriously, IBM tried to go to partial remote work years ago, only to pull the rug out from workers (many of whom had moved) about a year later. The company took that same opportunity to consolidate it commercial real estate footprint in large cities.

Real estate costs are second only to staffing costs in terms of any company’s operating budget. Big Tech is no exception.

Honestly, there is an intangible “stumble upon” environment which an office fosters, especially with tech companies. You get to randomly wander past conversations you can stop and listen in on and learn something you’d never have figured out on your own. You learn faster in an office about how everything works in the software than you do remote.

I also find it a lot easier in an office to at some point quit work for the day. I always have been a hard worker but the office commute meant I used to roll in at 10, and out again at 7-8pm. Now I am online at 8-9 and offline again at 9-10.

I for one would rather work from an office.

FWIW, the C-suite has been back in place for some time, even though most staff are not, per multiple reports, so they’re at least practicing what they preach.

Those are often the folks with a near-pathological need to have constant interpersonal interaction and reinforcement. Meanwhile, the people who do all the work just want to be able to skip the dangerous and stressful commute and be able to eat a healthy lunch at home instead of some grab-bag of fast food at their desk.

The whole system is overdue for a new structure.

I for one would rather work from an office.

I hope you get your wish.

I’d rather continue to work from home.

Hopefully we can come up with a solution that makes everyone happy.