Bill Nye won the evolution/creation debate ... but not for the reason you think 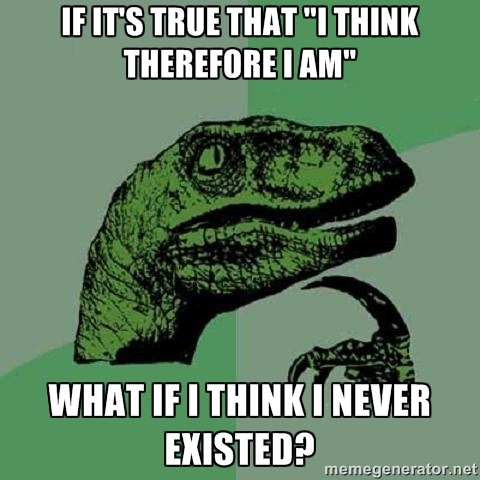 What Bill might have done as well is kick off a new push for people who believe in evolution to engage with people on the other side. I think the Dawkins approach of “we should not legitimized these people” has been a disaster because it has given Creationists a floor where many of silly arguments were not refuted. This is not just our chance to teach about evolution. It’s our chance to teach how science works.

While YECs don’t represent all of Christianity or religion in general, there seem to be quite a few Muslim YECs. They also seem to have a lot of the same arguments, or parallel ones to support the accuracy of their texts (for instance, Christians talk about Job’s knowledge of the Pleiades, Muslims talk about the discussion of the developing embryo in the Qu’ran). When it comes to creationism though, I’ve spoken with a number of Muslims whose views would be very similar to those of Ken Ham.

I think the latest science textbook standards require that we call those creatures “Jesus Horses.”

People were saying that actually going to the debate was a bad idea for Mr. Nye because it elevates creationism to something worthy of debate. This has been the de-facto policy for several years now.

However, what seems to have happened is the creationists argued amongst themselves in an echo chamber for the whole time, forming crazier and crazier ideas and not getting the pushback from the actual scientists. Now when the time comes for real debate, they don’t even realize how ridiculous their arguments sound. That’s how you get such an embarrassingly one sided “debate” like last night.

Also, of course it is impossible to change Ken Ham’s mind. That’s what belief is: maintaining your conviction despite any and all evidence. This is the message you get over and over in the Bible, that you must maintain faith no matter what. As far as Ken Ham is concerned, Bill Nye was sent by the Devil himself to test his resolve.

@maggiek please don’t be one of those people who conflates all religions into one pile.

I agree. That’s the point I always try to make when creationism (in any of its current forms) is mentioned in my presence: the vast majority of Christians, including almost every single denomination, do not believe that science is wrong, or even incompatible with their faith. The issue isn’t actually about Christianity or the Christian Bible at all.

Sorry, the headline for this BBS thread “what happens when dinosaurs get religion” threw me for a loop, whereas in your blog post you handled the matter with respect and a appropriate title.

I started out having the post be more about the funny photo. Then wrote more. Then changed the headline. About to change it here, too.

There are many, many people who believe God and accept the evidence of evolution,

Well, technically, sure. But that’s because they either haven’t thought through the implications or have a an image of evolution quite different from the scientific one. To “accept evolution” you need to accept that the history of life is one of natural causes and stochastic processes. Not that a guy in the sky had anything to do with it. Maybe deism is consistent with evolution, but not any religion involving a deity than can actually interfere with the world, answer prayers, etc.

Too often, scientists in this kind of situation fall into the trap of accepting that what the creationist says represents the only real, true Christian belief. Kudos to Bill Nye for figuring out that wasn’t the case, and pointing it out to the audience.

This. I’m an atheist myself, but it bothers my to no end when so-called “skeptics” inexplicably apply the “no true Scotsman”-fallacy to religious believers. I’m guessing they somehow think that they can “convert” religious people - showing them a part of what they believe is false therefore means everything they believe is false.
That’s not only stupid (seeing how the vast majority of believers are perfectly comfortable with nonliteralist theology), but actively harmful to the debate. Religious moderates are, in fact, allies to the secular cause, not “enemies”.

If you ever happen to be in Dinosaur, Colorado, Try the sandwiches at the gas station/gift shop! Seriously the best sandwich I’ve ever had. Fresh baked potato roll, fresh baked turkey, garden grown vegetables. I know it’s off topic, but the sandwich was sooo good!

Well, you’ve sold me. I want that damn sandwich.

It’s really not hard to do. after all, there are still a lot of un-answered question about evolution the origins of life in general. as long as there are questions, the answer could be God. It’s not my personal belief, but it’s an easy jump to make if you’re inclined to believe in god. I just don’t think it’s fair to discount all believers as ‘not having thought it through’.

It’s worth the trip. Plus they have street names like “Styracosaurus” and “Pachycephalosaurus”.