When I first heard about Bitcoin (2010), I set up a few of my machines as miners and I actually earned 50 bitcoins (I still have them too).

But what do you think makes Bitcoin less real/viable than any other currency?

A more serious answer than Marilove: market regulation is a feature not a bug.

I think the post is inaccurate, and probably just schadenfreudelich. It’s more accurate to say that bitcoin was collapsing, as the value apparently plunged from near $300 a couple of weeks ago to almost half its value. It has actually rebounded to above $200 at this point.

These kinds of market fluctuations always make me think manipulation. Unlike currency markets, which are kinda regulated, alt-coin markets are completely unregulated and highly vulnerable to the kind of manipulation George Soros or the Hunt Brothers engaged in. For every hundred people crying over the price drop last week, there is surely one very wealthy person with a big smile on his face. Or their faces. 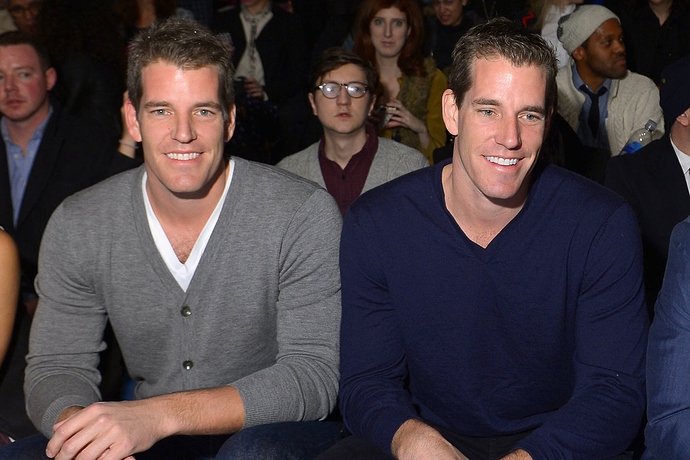 My experience is that when something which supposedly is simple requires somebody’s pre-approved framing to “understand” it properly,

What the fuck is this? Weirdly paranoid word salad, much? Yikes. What’s next? Are you going to start ranting about the New World Order or something?

So, if money requires an educated understanding, how about if we only allow the experts to use it, and the rest of us move on with our lives.

I never said or even implied this, like, at all. Stop with the silly strawmen. I mean, COME ON.

And um, everything requires some sort of educated understanding. Except perhaps for breathing and blinking. Even eating requires some knowledge before you can do it well or properly. Someone taught you how to hold a fork!

Jesus fuck, this sort of gobbly goop really bugs me.

resorting to personal remarks rather than explaining the reasoning behind your provocative statements.

Nevermind, I’m just going to put my Spock ears on and push some goalposts around my yard. brb

You are making no sense. It’s all gobbly goop from you.

According to you, because someone taught you how to use a fork, now only rich people can use forks! Or something. Have I got your bullshit arguments correct yet?

Ugh, people who can’t debate worth a damn need to stop trying so hard and just need to walk away from the keyboard.

A currency is a medium of exchange, and as far as I can tell the only thing you can count on being able to exchange routinely for bitcoins are black market items/services. (I’m discounting the tiny number of businesses who decided to try the currency out of either a misguided politics or general foolishness.)

Currency is meaningless without the context of a monetary system to manage it and use it as a tool. Bitcoin isn’t a “currency” - it’s at best a barter scrip, and at worst a worthless digital collectible. They’re just trying to keep a tamagotchi alive.

Even WoW currency (can’t remember the name?) is worth more. At least you can use it in a fun game.

Although I kinda dig my made-up gobbly goop.

But what do you think makes Bitcoin less real/viable than any other currency?

I think your past tendency to jump from truths like “money is a social fiction” to things like “people starving from lack of money is therefore not a real problem” means you’re probably not going to listen, but I’ll try anyway. The answer is guarantors.

The Australian dollar is underwritten by the promise that the Australian government will still accept it as a type of payment in times to come. It’s very likely that they’ll be in a position to keep that promise for the foreseeable future, and so their dollar is worth at least that much.

Bitcoin doesn’t have anyone making any promises. There have been people who are interested in taking them as payment, sure, and so they are worth at least that much for the time being. But nobody has really committed to continuing to do so, and since the main interest has been speculation, it looks very likely that they won’t.

I was teasing. It’s just that I constantly encounter people who say that because I disagree with the use of money, that I obviously don’t understand it. This could possibly be the case, but when I offer benefit of doubt I don’t get any “educational” perspective from them. It always pre-supposes that I use this system rather than convincing me why I should, or how it is effective.

I’d like to see a currency which is even more algorithmic - it buys and sells itself without human intervention, so people can do something else instead of fuss about with it.

Totally! It exists within a regulated system and there is a market with established rules. Blizzard is the central bank, they can change the monetary supply when needed, inflate or deflate, devalue if needed.

OMG what if WoW is just a huge economics model? It’s the 21st century MONIAC! http://en.wikipedia.org/wiki/MONIAC_Computer

Ugh, people who can’t debate worth a damn need to stop trying so hard and just need to walk away from the keyboard.

I have an interest and at least some expertise as an economist - what would you like to know about the monetary system? Because I don’t see you asking questions, just rendering a pudding-headed opinion.

(No offense, some of my most sincerely held opinions are pudding-headed.)

The answer is guarantors.

The Australian dollar is underwritten by the promise that the Australian government will still accept it as a type of payment in times to come. It’s very likely that they’ll be in a position to keep that promise for the foreseeable future, and so their dollar is worth at least that much.

Bitcoin doesn’t have anyone making any promises.

As I understand it, this is the whole point. To effectively de-couple currency from governments so that the contract is only between the people who use it. The usual guarantors pre-suppose that an institution such as country or bank X is obviously credible in the first place. So when you don’t deem them credible, it can useful to have a non-geographical, non-institutionalized medium of exchange.

I’m pretty sure examining the history of bitcoin & deconstructing it, while just reporting its current trajectory is the opposite of prediction.

Nah, extrapolating the current status quo as a prediction is pretty much what “prediction is” these days.

I’m actually reading a good book about this right now, one that examines the social and psychological conditions make the average expert opinion less accurate than flipping coins: 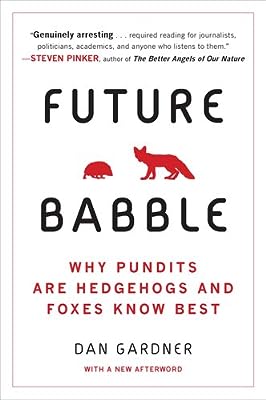 Future Babble: Why Pundits Are Hedgehogs and Foxes Know Best

Two SF novels (that I know of) cover MMORPG economics. One is Reamde, the other is Halting State.

Haha I love how enthusiastic you are about this.