You can still get a decent number of rubles for a bitcoin.

Plus, with the difficulty of mining going up, the reward (in # of BTC) going down, and the price dropping like this, mining operations are rapidly becoming money-losing. 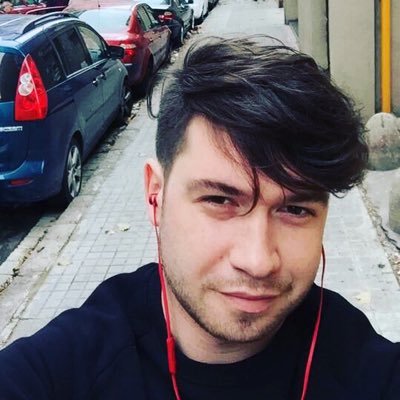 Taking into account the Bitcoin price drop, and the increase of difficulty, we will pause cloud mining after the next difficulty increase
4 Likes
popobawa4u January 16, 2015, 6:00pm #4

How is this any sort of problem? IMO the whole speculative investment blow-up has only hindered Bitcoin’s adoption as an every day non-fiat currency.

Really even if it is a great idea at this point it’s just doomed to crumble under it’s own speculative weight.

Or Uber, or AirBnB, or any of the other “do it on the internet” companies with multi billion dollar valuations “worth” more than the entire brick-and-mortar industry they do on the Internet.

Really even if it is a great idea at this point it’s just doomed to crumble under it’s own speculative weight.

Maybe, but the truth of the matter is that no one can predict the future of anything, more so with a highly speculative financial market. I didn’t hear the NPR story, but if the commentator could actually predict those kind of things, chances are he or she would be sunning him/herself on some private island somewhere, as opposed to working as a talking head.

I was briefly interested in bitcoin, even set up to accept it as payment for our family biz & my services. SO I set it up & then sat back to watch for a few months before pushing Go.

Based on what I saw & read it just wasn’t worth the trouble as a currency & as for speculatively, well, I’d rather work for a living.

May it rest in pieces & be replaced by a usable currency

I’m pretty sure examining the history of bitcoin & deconstructing it, while just reporting its current trajectory is the opposite of prediction.

This is why I stick to tulip bulbs.

Who gives a shit? People that speculate on currency (or indeed anything) deserve to lose their money.

I worry about the sort of people who take/took Bitcoin seriously.

LOL. It was never going to be a real thing.

“More sellers than buyers.” I’m so impressed by his expertise in the economics of currency markets! He’s an economic thinker for the new age! Is he lecturing anywhere?

As mentioned above, these people should stick to tulip bulbs, beanie babies, and trading cards.

I worry about people who take any money seriously. But what do you think makes Bitcoin less real/viable than any other currency?

Well, this was a predictable comment from someone who has an overly simplistic and uneducated knowledge of money. It took like what, five minutes? Not even that!

Since you don’t take money seriously, can I give you my paypal email address? I’ll take all of your US dollars! Canadian, too!

The main lesson I’ve learned from economics is that you can make your point way more powerfully when you don’t put the origin of your graph at zero.

I bought 5 coins on a whim back when they were ten bucks a coin… and immediately forgot about them.

I remembered I had them in late November last year. ;] I blew it all on a massive television and a pair of graphics cards big enough to club a bear with.

Still, I look forward to when it settles down a little, as I have .5 coins just laying around with nothing to do.

Well, this was a predictable comment from someone who has an overly simplistic and uneducated knowledge of money

My experience is that when something which supposedly is simple requires somebody’s pre-approved framing to “understand” it properly, the reasons are typically ideological rather than practical.

So, if money requires an educated understanding, how about if we only allow the experts to use it, and the rest of us move on with our lives.