What did Faulkner say?

actual quote: “the past is never dead. it’s not even past.”
from requiem for a nun. ironically, given the quote, the quoted work is a sequel.

At least this one was fired…

Police don’t seem to have felt the need to markedly adjust how they treat Black people, despite the various protests and marches last year against their persisting culture of aggression and violence against African Americans.

Another “Stand Your Ground” case in FL

Gardner Kent Fraser killed Dominic “DJ” Broadus II but no one knows why.

And then there’s the “filtration” even further upstream: Businesses that (and likely still do) wanted to ensure that their Human Resources department only focused on White, blond, blue-eyed candidates

Recent examples from the news industry - the intersection of racism, sexism, and ageism:

Two CBS local television executives have been placed on administrative leave after the National Association of Black Journalists demanded they be fired because they are allegedly a couple of bigots who have “cultivated a hostile work environment” by...

During my 30 years of working across the country, I heard countless stories from colleagues of both overt and subtle experiences of racism akin to what is alleged in the CBS investigation. 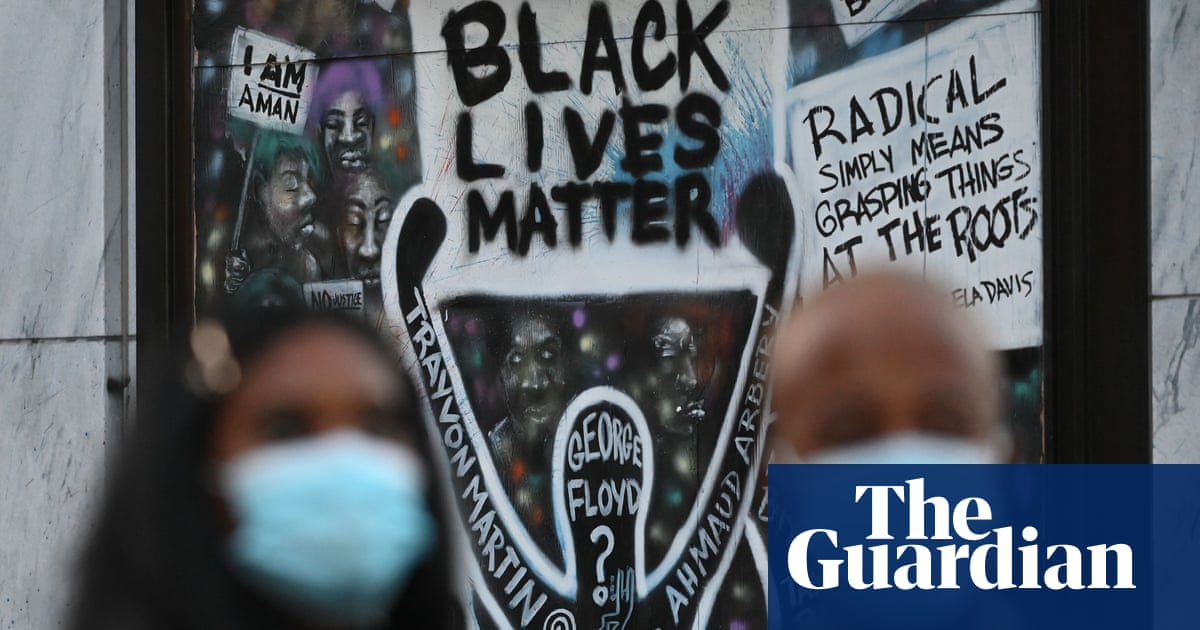 This is why we need a national database of people who should not work in law enforcement.

Police Chief and Officer in Hamilton, Ga., Caught on Body-Cam Footage Being...

It’s frequently said that modern video technology has helped expose the truth of the racism in America that Black people have long said is endemic, especially in institutions like policing.

What the actual disgusting fuck…

Ugh.
And to bring the trend of ridiculous stories and names combos into 2021, the on-site reporter in the linked video is “Caroline Lynch”!

This looks like a book that will be an interesting contribution to the issue of systemic racism, especially here in the south…

Thanks for sharing this. I’d like to see if there’s a strategy for countering the kinds of backlash we’ve seen under the last administration. I’ve never lived in the South, but might be tempted to try the snowbird approach and spend more time in Savannah.

Lynch is a fairly common, very old Irish surname. The verb “Lynch” has a much more modern American origin but is named after a person named Lynch.

An unfortunate assignment for the reporter. Murphy’s law in action I guess. Unless she’s a Quisling? That would trump everything. I suggest boycotting the name going forward.

they were asked to resign?!? i get that it was probably a matter of practicality – but jfc. even the most egregious behavior and they are treated with kid gloves.

is anybody going to go back now and review all of the cases these two were involved with? or all the hires that the chief – gene allmond – brought in?

even the most egregious behavior and they are treated with kid gloves.

I’m not sure if it’s the unions, employment contracts, or some other protection, but plans to reform/defund the police have got to make these folks easier to fire. Bonus points for figuring out how to make sure officers involved in cases that lead to lawsuits or overturned convictions face consequences and contribute to any payouts.

This is just more of that locker room banter, right?
/s

Yeah, it was interesting, especially the stats - such as that 90% of Black majority cities are here in the south. I’m looking forward to checking out the book.

Yeah, it was interesting, especially the stats - such as that 90% of Black majority cities are here in the south.

I hope he’s looking at more than population, but also representation. After an officer shot and killed Michael Brown in Ferguson, MO that difference got some attention in the press. In a town where over 66% of the population was Black, they were very underrepresented in positions of power:

Ferguson's lack of diversity goes way beyond its cops

It's not just the police force: Ferguson is run almost entirely by whites. To change that, African-Americans need to vote, local minority leaders say.

Undoing the results of prolonged systemic racism in places like that takes more than population. Unfortunately, the reaction to the suggestion that the entire community should spend time, effort, and money on it isn’t always positive. Any accounting of how much money was gained/stolen by setting up those controls tends to engender disbelief. Maybe informing pro-business folks that racism costs them money will change the response:

Quantifying the economic impact of racial inequality shows the steep toll it takes on America's growth.

I hope he’s looking at more than population, but also representation

He seems to be? He’s talking about cities that have Black leadership not just are majority Black in population. Atlanta is a great example. It’s not going to fix all problems, of course, but as you note, representation matters in the political sphere.

Undoing the results of prolonged systemic racism in places like that takes more than population.

Agreed. And it’s never just an overnight thing, either. It takes years to undo the damage done by systemic racism. Atlanta, for as much progress that’s been made, still struggles with the effects of racist systems that dominated for so long. Some of the biggest local issues are around housing equity and how to ensure that the Black working class doesn’t continue to get pushed out of the city.

how to ensure that the Black working class doesn’t continue to get pushed out of the city.

Another great point to examine and address. When the first Black mayors were elected to major cities in the US, that led to a trend that picked up several popular (but unflattering) names. In business, it’s “the glass cliff.”

The cycle in which an area’s economy is trashed, people with money or privilege move out, the population shift results in women or POC elected to positions of power, and they fix some of the problems (that were largely avoidable, but profitable for those formerly in power). After that success, some people move back/new people move in, the area looks more attractive to investors, they buy in to push out the middle class or poor people, and the wealthy buyers elect new leaders who look like them and support their interests. The question is, how can that cycle be broken in the long term? Would love to see examples of that for more places to follow.

It comes up at every level, from towns to cities, and even the nation’s capital. We are sick and tired of being the clean up or repair crew - never allowed to fully reap the benefits of the places we fixed up, and forced to watch them being deliberately messed up on a regular basis.

The question is, how can that cycle be broken in the long term?

Agreed. That’s a real problem, including here in ATL… but in this case, you do see a lot more diversity in gentrifying class than existed in other waves of gentrification (thinking of NYC in the 90s and early 2000s). There was already a well-established Black middle class here, too. It’s largely working class Black Atlantans and some of the immigrants on the East side that are being pushed out. And there are still some areas that remain working class. The biggest point of struggle is around the Beltline, which many young people want to move to, because it has the promise of have lots of walkable neighborhoods (ATL isn’t exactly known for being a public transit/walkable city, sadly). The way the city has tried to handle it is through tax cuts for building higher density, mixed income apartment developments with mixed use (having shopping incorporated). It seems to me that there needs to be far more ambitious programs, though, that actively preserves the nature of working class Black communities and gives them the benefits of gentrification without pushing people out. There are programs like the Atlanta Land Trust, which is trying to preserve housing prices in some of the working class neighborhoods, especially on the West Side (many of the in town neighborhoods in the east are already pretty gentrified, like Kirkwood).

I think that if ATL can thread that needle of both promoting economic development, but stemming the loss of our Black working class communities within the city and giving them a leg up in terms of building generational wealth, that could be a model for other cities across the country (whatever their racial and class make up). Inclusive, affordable, green cities should be our goal moving forward for all cities.