Why do they think the police are an appropriate force to use when they’re the ones upsetting people enough to drive us to protest and riot?

It’d make more sense to try and have a humanitarian force attempt to restore order, instead of an occupying paramilitary that’s been shown to lack discipline, restraint and accountability.

We really need to track down that Chicago cop that talked to the Law & Order Candidate™. I know he said he could do it faster, but let’s give him two weeks to sort this civil unrest shit out before we are forced to expand the deportation database to include entire gulags neighborhoods.

Why the hell are the cops throwing stun grenades into a crowd? Those things are dangerous, and it’s a totally inappropriate situation for them. If you’re trying to disperse a mob, the last thing you want is to make people disoriented, off-balance, temporarily blinded, and panicked. At least with tear gas or firehoses they’ll have an idea of which way to run to get away. Flash-bangs aren’t area denial weapons, they just multiply the chaos.

There’s an emergency all right, but it’s not the one the governor says it is. (Spoiler: it’s that our black citizens have to live under oppressive force and violence both threatened and real.)

When you lay race on the table like that…you might want to mention the race of the police officer in question. He is ‘black’ also.

Black people can be racist against other black people. Same as white people. And in any case, the whole point is that the entire institution of the police is pretty deeply racist. Considering the proportion of people of color killed versus white people by the police and by rates of incarceration, it’s not even arguable that being a police officer is highly correlated with treating people of different races differently. It’s a fact.

“Black police showing out for the white cop!” #StraightOuttaCompton http://t.co/ehcmr2VwKG 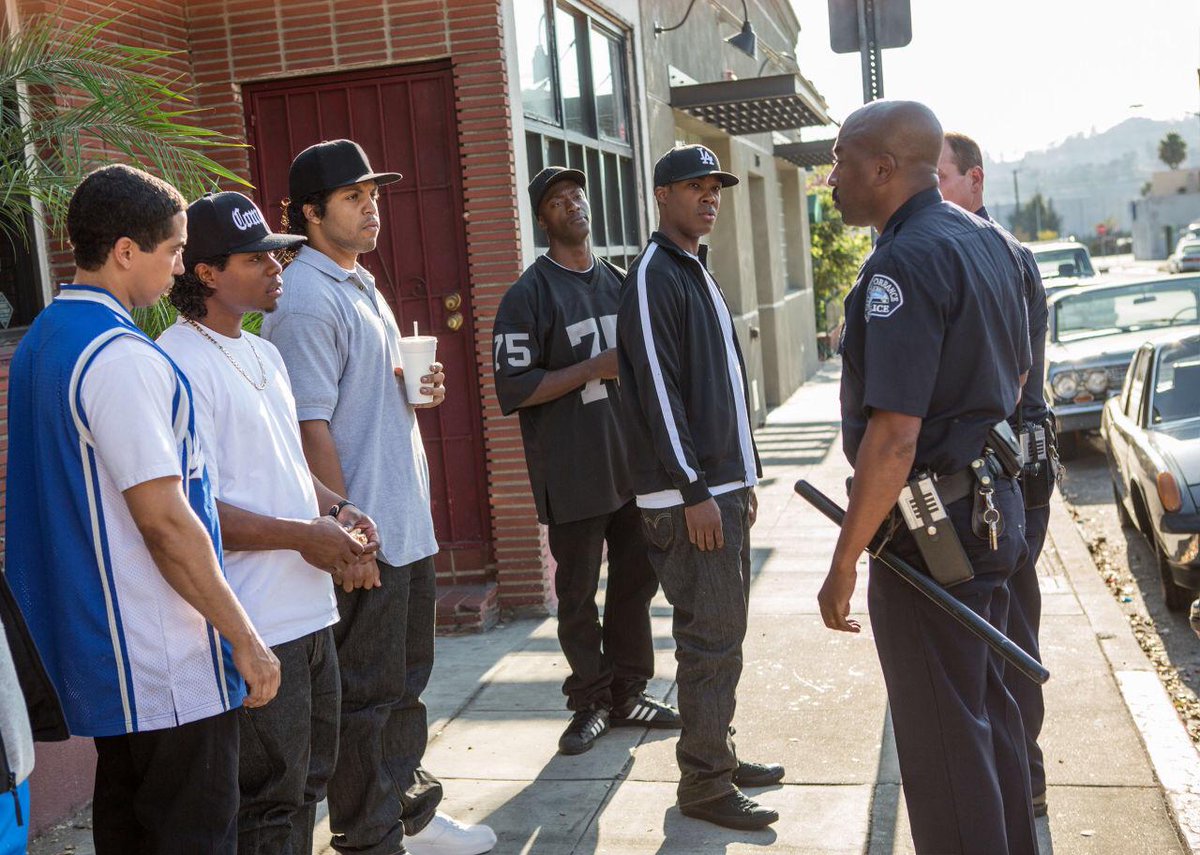 You know, there might have been one grenade thrown and one burst of tear gas. And one man standing on a car, my goodness! The media will take these photos and run with them every time, because they’re much more exciting than photos of peaceful protest.

The net effect is to reinforce the message that protestors are thugs and looters who have it coming. As if we needed help saying things like that. Today I can’t look at those photos without imagining all the quiet and order that didn’t make the front page, right behind the photographer’s POV.

The net effect is to reinforce the message that protestors are thugs and looters who have it coming.

That’s the reason why images like this are important.

The protest in Baton Rouge was not completely peaceful and not only the police is to blame - and still the photo above leaves a needed mark.

She spoke the Holy Name and the powers of darkness were driven back! Or… what is she doing here?

That’s the mentality of a lot of people in this country - especially those who are drawn to positions of power. If the use of force does not get you what you want, you need to increase the force. Like smacking your child to make it stop crying.

When confronted with experts and studies showing that their methods don’t work, these people will blame everyone else for tying their hands, for not letting them run completely unleashed. Standard right-wing stuff.

BoingBoing should know better than to title this news as “Protest”, it may have started as a protest but the reason a state of emergency was called was over a riot.

I suspect some of those cops are actually sadistic enough to enjoy it, especially when they have the attitude that every non-cop is a bad guy. Plus, they consider any weapon that is usually not immediately lethal to be non-lethal, and therefore free to use. That’s why they like tasers and tear gas so much. Nightsticks and Asps are frowned upon, since they leave bruises which can be used as evidence against the officer in court.

It’d make more sense to try and have a humanitarian force attempt to restore order, instead of an occupying paramilitary that’s been shown to lack discipline, restraint and accountability.

I agree but does such an organized group actually exist? If so, where are they?

Does anyone think that rioting is going to help anyone?

A police riot is a riot carried out by the police; a riot that the police are responsible for instigating, escalating or sustaining as a violent confrontation; an event characterized by widespread police brutality; a mass police action that is violently undertaken against civilians for the purpose of political repression. The term "police riot" was popularized after its use in the Walker Report, which investigated the events surrounding the 1968 Democratic National Convention in Chicago to descri...