I know, right? They’ve been knocking it out of the park for years now.

But they’re young, and – ooooohhhhh – FEMALE (insert Quark here), so how could they possibly be taken seriously?

I just watched the episode with the original Ferengi encounter…

I had a discussion with my (admittedly rather drunk) cousin last night in which I thought at first he was arguing that BLM wasn’t necessary, or something like that, but the more I pushed him, the more I started to understand that he WAS seeing at least some of the problem, he just wasn’t able to articulate his sense that systemic racism is usually so woven into the fabric that it isn’t overt racists most of the time, it’s the ones who ‘aren’t racist’ (you or I would say they were but didn’t realize it, because of systemic racism) and thought they were making rational decisions without realizing how the same set of circumstances would present to someone who had had to deal every day with the effects of multiple generations of racism. So when he was saying things like “they perceive racism when that wasn’t what was meant at all”, it’s not actually as irretrievably wrong as it seems. I’m not saying persistent use of the Socratic Method would work on everyone, but it was good for me to see that just because someone uses phrases that makes it sound like they don’t acknowledge racism doesn’t mean they don’t, it’s just that they don’t have enough tools to really dissect and study what they’re witnessing (or even that they ARE witnessing it).

And honestly I don’t think he’d even be where he is now without the public media push, at least in some circles, to face this and understand it. I guess what I’m saying is that teaching the truth of systemic racism does work, albeit very slowly and inefficiently.

But then again, I caught a part of a PBS special on folk music as political agitation (Woody Guthrie, et al) last night and it reminded me of how certain we were back in the '60’s and early '70’s that the tide was turning. How hopeful and bright-eyed we were. And yet here we are, barely a few inches further down the road.

It’s all long slow work. Not everyone will be convinced, but keep pushing.

it reminded me of how certain we were back in the '60’s and early '70’s that the tide was turning. How hopeful and bright-eyed we were. And yet here we are, barely a few inches further down the road.

The old saying, “One step forward, two steps back” has been entering my thoughts repeatedly since 2016. I’m disgusted to have seen things my grandparents thought we’d finally moved beyond as a society. I don’t know if my optimism will ever return to where it was back in the day.

Saw this today, about a Black woman who survived a scary encounter with a white male. Fortunately she got help (and witnesses):

Sex-Trafficking Victim Chrystul Kizer Allowed to Use 'Affirmative Defense' in...

Double the racism, British and American:

Julie Burchill, who writes for The Telegraph and The Spectator, has sparked controversy after tweeting about Prince Harry and Meghan’s baby.

Yearbook sales and distribution resumed Monday after Broward County Public Schools completed its review of the controversial pages. The school district noted that it “supports and encourages students’ freedom of expression.”
“As the yearbook is intended to highlight notable and newsworthy events from that year, student journalists exercised their freedom of speech in documenting the movement,” Broward County Public Schools said in its statement. “As a result of the review, distribution of the yearbook resumed Monday morning with an insert noting that the views expressed are not sponsored by the District.”

This one at least has a happy ending, unlike so many.

the views expressed are not sponsored by the District.

So just to be clear, they’ll let the book go out, but they don’t want anyone to think that, as a district, they sponsor the idea that Black Lives Matter?
You’re right, though, overall a happy ending.

Exactly what I thought when I read that.

The anti-Americans (if they don’t look and think exactly like us) kind of mentality.

So just to be clear, they’ll let the book go out, but they don’t want anyone to think that, as a district, they sponsor the idea that Black Lives Matter?

Twitchell said school administrators decided to stop selling and distributing the $90 yearbook last week without consulting with the editors after parents complained. She said the yearbook editors were told that the pages were not objective because they didn’t include a conversation about Blue Lives Matter, a pro-police countermovement that emerged after Black Lives Matter amid growing criticism of law enforcement. 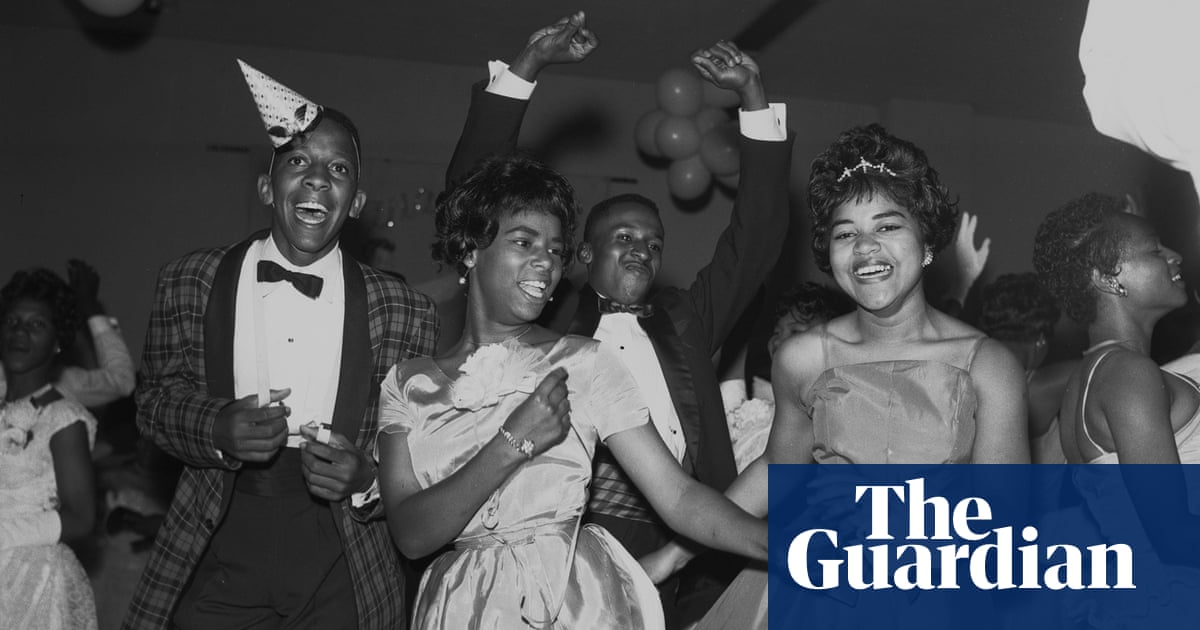 Rock’n’roll and the civil rights struggle: African American life in the south...

Ernest C Withers’ photographs take viewers to the record stores, picket lines and proms of the American south during the 1940s, 50s and 60s

She is such an awful, despicable human being and has been for so very long. The newspaper that she’s fired from is the one the English Prime Minister writes for. It is the posh, respectable face of racist thought in the UK. I think its magazine equivalent jumped the shark a long time ago. Maybe when the PM was editing it but perhaps some are deluded enough into believing it to be a smart antidote to political correctness, (sorry, with their Maoist like devotion to marching in step they all call it wokeness now).

She’s always been a racist little Englander. But she normally gets hired for that. I think the crown must have let the Torygraph come to understand that it was not amused.

How the George Floyd uprising was framed for white eyes

“Many millions of liberal whites have no problem seeing the problem of race as one of violent police,” Berger says. “That allows them to distance themselves from racism, since they can’t imagine themselves perpetrating white-on-Black violence. White outrage at police conduct downplays their complicity in a racialized system that benefits whites.” Until white people examine how they can be participants in a movement against police brutality and still receive racism’s dividends, America will keep spinning in circles. In the early days of the uprising, the action in the streets challenged the white response. The front pages of the country’s establishment newspapers seemed to coddle it.

There is something ironic about this coming from a source whose audience is overwhelmingly liberal whites, and even this article is clearly tailored to raise the issue without actually challenging them

We all need a feel good piece today, so here is one:

"If they let me in the door, I will open it so wide that they will see the world."

I’m not sure if pacific islanders qualify, but this was an uplifting read also: Governments and celebrities are battling diet-related diseases with reality TV.

Two Black Students Won School Honors. Then Came the Calls for a Recount.

After two white families claimed a grade calculation error, a Mississippi school added their children as co-valedictorian and co-salutatorian, reviving questions about race and equity.