That train is never late. Ever.

Worth the read for the extensive Wendell Berry quotes and explication of his book “The Hidden Wound”. For example:

This wound is in me, as complex and deep in my flesh as blood and nerves. I have borne it all my life, with varying degrees of consciousness, but always carefully, always with the most delicate consideration for the pain I would feel if I were somehow forced to acknowledge it. But now I am increasingly aware of the opposite compulsion. I want to know, as fully and exactly as I can, what the wound is and how much I am suffering from it. And I want to be cured; I want to be free of the wound myself, and I do not want to pass it on to my children.

White America's "hidden wound" threatens to destroy the country — and not for...

Half a century ago, writer Wendell Berry saw this coming: What white people can't talk about is destroying them

The murals were installed in a Columbia, Mo., courthouse as part of a renovation project in the 1990s.

1st Black Female Firefighter Sues Florida City for Depicting Her as a White...

Latosha Clemons, Boynton Beach’s first Black female firefighter, is seeking damages after her image was altered on a public mural.

special thanks to whoever leaked the audio recording last fall which is the only reason there is any hope of accountability for Ronald Greene’s murder.

“There are killers,” Cavalier said in his WWL-TV interview, “and there are people who are OK with the killers being on the job. And that’s the people who are a part of the cover up.”

“I considered it a murder,” Cavalier said. “Because why else would we hesitate to be transparent about it? Why else would we not do our jobs and hold these guys accountable? Why else? What other reason?”

Last month it came out that he was the anonymous leaker and that he has written a book under a pseudonym about be a Black cop in racist policing. He was suspended for 5 weeks without pay, which is more punishment than has been given to Ronald Greene’s murderers. He since has spoken publically about brutality, and fired for it. I finally found a cop that deserves adulation, no surprise he was fired for it. 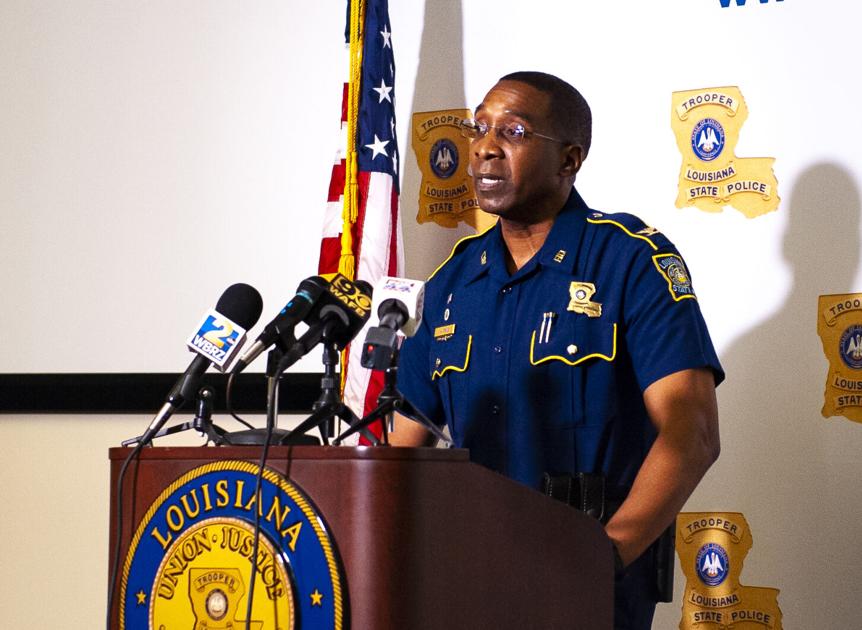 It appears that Carl Cavalier’s days as a Louisiana State trooper are numbered.

(the linked article is poorly written but contains the principal facts)