I bet they’ll need armies of consultants to do it though.

But if you fire all those managers, how will they manage?

But seriously, unemployment rates would skyrocket if all these guys got fired, are they qualified to do anything else? They’ll be walking around barking orders at everyone in tent city.

You gotta wonder if the proliferation of management roles is just a brake on increasing unemployment due to ever more sophisticated automation - a problem which won’t be addressed until someone figures out how to make a more efficient CEO using an AI agent.

Studies like this are not a million miles away from Liam Fox, British Trade Secretary, accusing businessmen of being lazy, preferring to knock off early on a Friday afternoon to play golf instead of working 12 hours a day, six days a week improving productivity. You can identify ways to make business more efficient, but if it results in people being treated like machines, maybe we should just let the machines do it and ALL go play golf.

They identify 7 companies that are at the vanguard of this movement: … Valve …

Valve don’t get to brag about good management until they ship Half Life: Episode 3.

Of course the best way to improve this situation is to fire 50% of people in managerial positions choosing them randomly.

I suppose gladitorial combat for the amusment of the plebes isn’t an option, though.

I’d imagine that a lot of these positions are either phoney baloney BS jobs, are easily automated, or are white-collar versions of guard labour (which is estimated to make up a quarter of the U.S. workforce). It’s amusing how corporate America tends to go silent on its mantra of “must add value” when it comes to these kinds of (usually white, usually male) managers.

Thinking about my workplace I think they are somewhat over simplifying the idea of cutting 50% of the managers just to create a better 10:1 ratio. In my department my manager has roughly 25 people reporting to him, which makes it a good ratio. At the same time he reports to a manager, in addition there are two other managerial positions in our department with an additional 10 people reporting to them. That makes 4 managers and roughly 35 employees. That bring it down to less than a 9:1 ratio, while that’s still good I see how you start to scale things and you end up with layers of managers managing other managers and it thins out the ratio quickly. But at the same time a lot of other work is placed on our managers besides just managing the employees, of course this varies by department. I get what they are trying to convey and I think some companies do have a good amount of bloat, but this isn’t the 80’s/90’s anymore. Mid-level management has been stripped pretty thin at most companies in the name of cost savings.

I have not worked for large corporations, but I work with them often enough that I have no problem believing there is an excess management problem. But a few thoughts.

Other than Valve, all of there examples are manufacturing companies. They have lots of skilled people with well defined operational roles and clear performance metrics to track. I would expect that requires a lot less management than a more service oriented organization. And to speculate, one of Valve’s main things is Steam, which is a platform used by lots of other companies that may or may not have Valve’s low manager ratio (i.e. Valve may be effectively outsourcing management functions to those building games offered on Steam, or else maybe Steam itself is providing managerial functions and everyone running it should be considered management).

I work for a company in the process of growing from below-Dunbar’s-number to above-Dunbar’s-number of employees, and you can feel the rising difficulty of maintaining consistent standards due to lack of managerial control (we just replaced top management with folks who’ve made such a transition before, btw). You want efficiency? To a first approximation, teams of up to ~12 (family), departments of up to ~60 (band), iterate as needed, toss in overlapping or extra-departmental teams where appropriate (links to the wider tribe).

I suspect some of the bloat at larger companies comes from taking known solutions too far (“last time we couldn’t deal with an internal problem a new manager or department solved it, let’s try that again”) without killing off and consolidating the ones that aren’t really needed (anymore?). I cant remember where I heard this quote, but someone described that one key to innovation is to “Try not doing something no one else thought of not doing before.”

Also, what make’s someone a manager? I lead a team of 3, am I a manager? My title doesn’t say so. But if I were in the same position 40 years ago my team would need to have a lot more people - secretaries and admins and maybe an artist - to do the same work. Does automation tend in general to lead to a higher proportion of managers? And is that a bad thing? IDK.

The question is: do you want them to release the game, even if it’s crap? Because by continuing to work on it, that’s what they’re trying to avoid. Which seems like very good management to me…

one of Valve’s main things is Steam, which is a platform used by lots of other companies that may or may not have Valve’s low manager ratio

Sort of. I don’t know what the management ratio is on the Steam side of things, but Valve’s development side has a quite low management ratio, compared to other game companies. They’re set up around the idea that employees work on whatever project sparks their fancy, and everyone’s self-motivated and self-organized. They’re able to do this because of their hit games and the income provided by Steam allow them to have a vey relaxed release schedule compared to just about any other game company, however.

I was a cube dweller working for a company that kept hiring managers and promoting people to VP positions. It happened so often that it became a joke. In my dept., they promoted someone to “manager” - she supervised ONE PERSON. Super efficient. Every couple of years, the company’s finances would take a downturn and they’d have to thin out the middle-management herd. Then they’d start all over again with building up the management ranks, lather, rinse, repeat.

My wife has been a ‘manager’ at her job for ten years. And she shares an EA with 3 other people, and they have no other employees.

So, she manages a part of the work, for sure, but she doesn’t manage people. Yet she is a ‘manager’, and I suppose it will look good on her CV.

The common misconception is that being a manager means you get to tell other people what to do. The truth is you beg, plead, threaten, cajole, guilt, and bribe others to do the things your bosses say your group needs to do in order to stay relevant (and employed) while your team consistently mocks and ignores you and does what they want to do instead. It’s like being a parent to a bunch of 30 year old toddlers. What you can’t do is fire anyone because that just means you’ll have to do their job in addition to your own.

All the while you have bureaucratic flunkies in other departments like accounting telling you that you need to use this month’s version of form 34784A-45 instead of last month’s version because they changed 4 words and updated the logo (“Did you check Sharepoint? Everything is in the Sharepoint now. Oh sorry, you don’t have access to that folder.”)…and now you need to go get all new signatures that took you 2 months to get previously. This kind of bullshit happens Every. Fucking. Day.

A middle manager is the worst possible job in America. All of the responsibility combined with none of the authority. Maybe it looks good on a CV but in actuality, it’s a goddamn Sahara desert of career aspirations.

The question is: do you want them to release the game, even if it’s crap? Because by continuing to work on it, that’s what they’re trying to avoid. Which seems like very good management to me…

I don’t think that’s a reasonable take. HL2:E2 came out in 2007. At the time, Valve had said they were going to be regularly releasing shorter-form games as episodes on a much shorter time frame. Then they never released HL2:E3 and never explained why – whether they were switching their approach back to bigger games or what. Just silence.

Valve has had nearly 10 years to produce a game they promised within 2 years. A similar company making a more complex game (granted with much lower production values – Valve goes for quality over Bethesda’s quantity) took 5 years. And I’ll concede that there hasn’t been an Elder Scrolls game for 5 years and it will be another few years before the next one is released, but it was still shitty for Valve to say: “oh yeah, you’ll have another game in 2 years” and then say nothing when that didn’t happen. 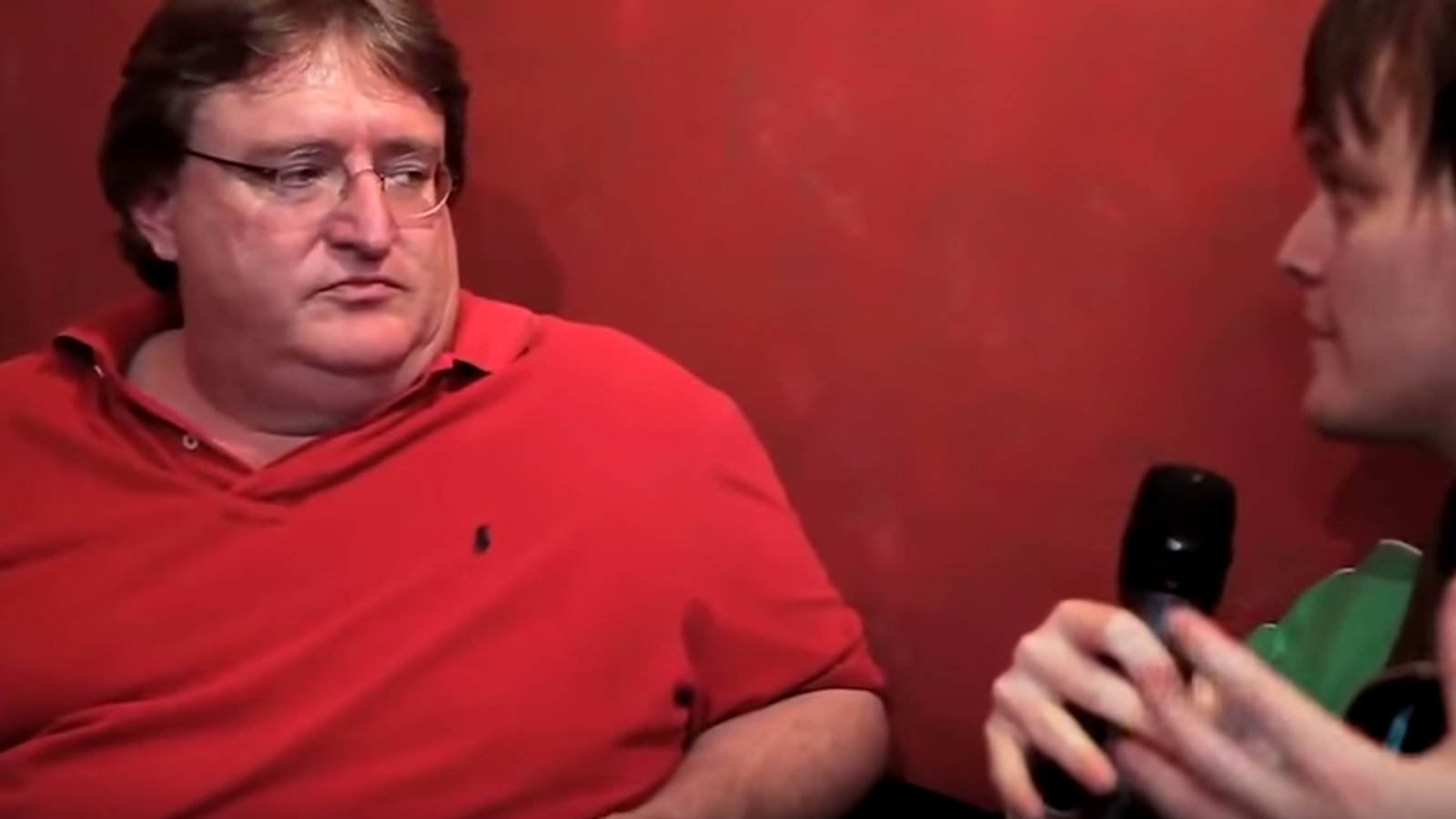 Around 2008, Valve got really tight-lipped about a sequel they told everyone was on the way

Indeed, there’s actually no indication that Valve is working on it at all for any reason whatsoever.

Back on topic, given Valve’s unconventional structure, it’s not so much that they don’t have managers as that they don’t have traditional management roles that can be reported on in a study like this. It’s not clear how much of anyone’s time is spent performing management tasks, so they should be excluded from the study, not held up as paragons. (For all we know, they’re less efficient than they would be if they had well-defined management roles.)

Free them up for work that is more creative and productive??
Where are these 12.5 unfilled creative jobs, I want one!

A middle manager is the worst possible job in America.

While I understand your point, I’d say a lot of menial jobs are still much worse, simply because of unsafe working conditions and low pay; most people can tough it out being a babysitter to a bunch of adults if they know they are getting a nice paycheck and will be able to afford car repairs and dental work. It’s another thing to get home exhausted after two shifts of physical labor to an apartment you can barely afford, or to be constantly concerned over the health effects of your occupation.

…concluding that “as much as 50% of all internal compliance activity is of questionable value.”

Within compliance, you have a lot of busywork of questionable value, but that’s intended to satisfy SOX, shareholders, ISO commitments etc. It is a huge time suck that doesn’t necessarily protect these interests so much as set someone up for finger pointing if the process breaks. Once a week, if that, this person checks to ensure that compliance reports are in. Once a year or so, they will interface with internal auditors. If changes are needed, they’ll track those for the company or may be identified as the actual change that’s needed.

Also, since when are performance reviews “non-productive?” How else are we bees supposed to get more pollen? On the manager’s whim? No thanks! I prefer “documentation.”