I wonder how much carbon they’ll have produced, in net, by the time the company goes under. I wonder how much carbon they would have produced, in net, if they hadn’t started massive forest fires, because I’m guessing it wouldn’t have been great. Tree planting for carbon offsetting doesn’t have a great track record, even before introducing things like the blockchain. (And I’m giving them the benefit of the doubt and not assuming they were always more or less a scam, the likelihood of which increases with the usage of “blockchain” in company statements.) 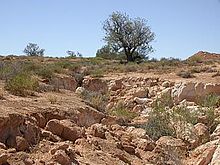 Incompetent. Anyone operating earth-moving power equipment in tinder-dry red-flag conditions is an idiot already. Where we live in Texas, we know full well the consequences. We’ve had emergency evacuation orders during wildfires here.

A list of technical documents and links for the standards SCS certifies.

Yale's carbon reduction strategy is largely achieved through significant investments in on-campus emissions reductions and generation of renewable energy. In order to act swiftly on climate, we also

Starting to think Mars is a pretty good idea.

Nah, we’ll still manage to fuck that up as well.

Retro-spider excavator. The blame will fall on the contractor for using ancient tech and not employing a specialized autonomous excavator with remote monitoring slaved to a proprietary terrestrial monitoring app augmented by mapping drones.

We’re not doing a good job with Earth, but it’s still only a couple degrees too warm instead of 75°C too cold. The atmosphere still has less carbon dioxide, too, and a lot more oxygen.

I didn’t mean for us. I meant we duct tape all these chuds into a missile casing and launch it to there.