Avatars through http://gravatar.com. We are working on a change to bring local avatars in for those that prefer it.

@fireshadow and @fiddlingfrog we will look at that. In the latter case, destroying spammers (which removes their posts/topics) can lead to some inconsistencies with unread counts in some cases…

When will it support mobile? The rest of boingboing.net works really well on smartphones.

Search for the word “mobile”, or browse the meta category.

Ok. I guess that’ll have to wait until I get to my desktop.

What device are you on? I can search and browse adequately from my iPhone 5, though there is some manual zooming necessary.

not sure what’s going on here here vis-a-vis the avatars.

Internal anatomy of the clitoris boing

Reported bug. @sam knows about it:

@Ajarn @sam no, i don’t care about how small the avatars are, the bug is that they don’t match the proper person. look again. “In reply to Boundegar” but the comment is Jandrese’s. Why would s/he reply to himself? Obv it’s Boundegar’s comment. if you click thru to the permalink (which is why included it) you’ll see that the comment is attributed to J at the top of the thread, too.

This is a bug caused by a post being deleted, @eviltrout can you have a look at it?

something weird happened to me today in the avatar thread

Who wants an avatar? meta

you're welcome! now i have to figure out why mine changed, also... that's really weird. I didn't do that.

I made an avatar for WearySky, dragged the files into the reply box and hit reply. then, from that thread, I navigated away from BBS for a while. did not go to my profile, went directly to another webpage. did not pass go, did not collect $200 dollars.

when I came back a while later, MY avatar had been changed to the file I gave WearySky. I opened up my profile and switched it back without any issues. But we both had the same avatar for a while, which is pretty wack.

guess I’ll shout out @zogstrip here, too since I’m inferring he made the avatar upload feature?

#AND
Discourse isn’t letting me simultaneously bold and italicize that “MY” i wrote up there like it usually does:

Yeah that bold and italic issue is a new parser bug. We changed parsers recently.

The other thing you’re describing sounds like a local-to-your-machine browser file caching freakout, not a Discourse problem.

well, if people suddenly start flagging me because my avatar is one of the images from my pron folder, you’ll know what happened…

when I try to post a pic from the web, the URL doesn’t convert to an image like it used to, but not in every case. I noticed it a few days ago and just thought it was a fluke, but it did it again just now for this image’s url: 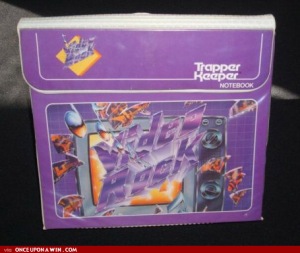 Did you try just the URL ending in .jpg like so?

If we can’t tell it is an image, e.g. the URL does not end in typical image extensions, we can’t load it.

much obliged. I’m still learning how to internet.

BTW, we fixed the bold and italic bug. Sorry about that!

Just for reference - I actually saw us both with the same avatar, when it happened (sorry, just saw this thread now :))

One wonders: Is it possible to italicize and then bolden one word within? I can’t seem to pull it off. Though I imagine it doesn’t come up too often.

You can bold and italicize a word within.

You can **bold and *italicize* a word within**.