I’m glad we’re finally seeing a real shift away from car-centric urban design and the many opportunities for bigotry it produced.

The forgotten history of how automakers invented the crime of "jaywalking"

In the 1920s, auto groups redefined who owned the city streets.

Just a reminder of what was… 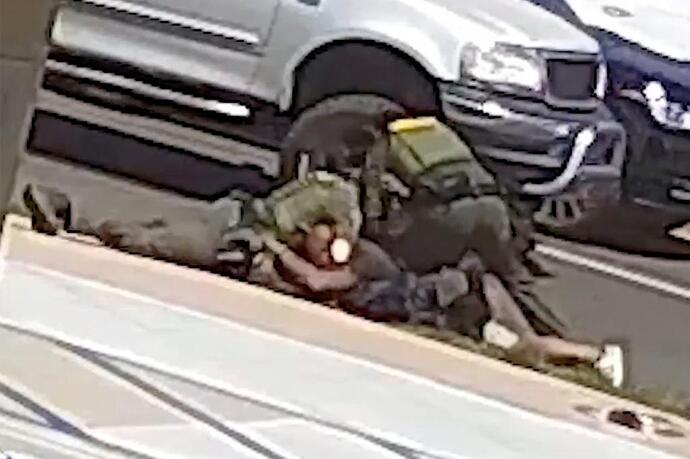 A new video shows the fatal shooting of a black man after homeless outreach deputies stopped him for jaywalking in California last year. The 12-minute clip — a combination of dashcam, cellpho… 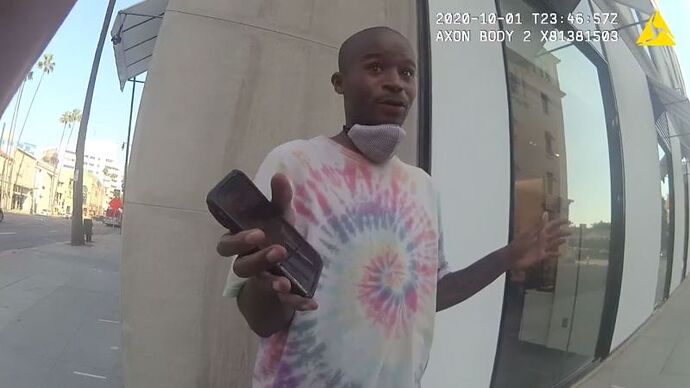 A Versace executive said he was stopped and searched by police officers while walking in Beverly Hills last week because he is Black, an incident that police said was due to a jaywalking offense. 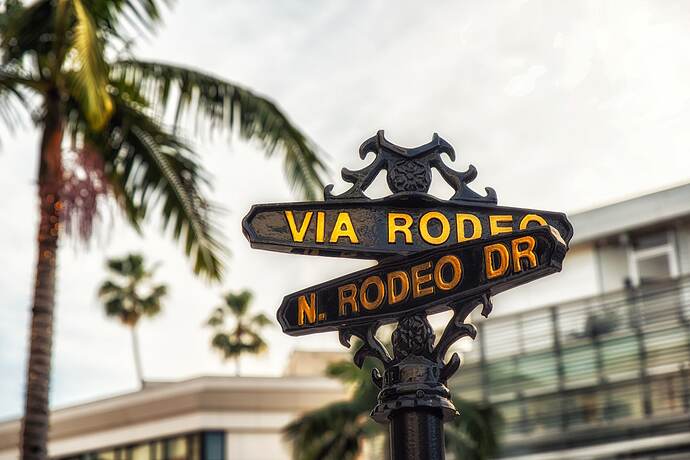 A Beverly Hills police task force arrested 106 people. All but one were...

The task force was allegedly geared toward keeping Black people away from Rodeo Drive, the city's luxury shopping district.

I wonder what comes next, because you know the cops aren’t going to just decide to stop being assholes.

I’m glad we’re finally seeing a real shift away from car-centric urban design and the many opportunities for bigotry it produced.

I really don’t think this signals the first part of your comment, at all. Urban design will remain car-centric (and I doubt they’ll suddenly start painting in crosswalks where the targetted demographic gets hassled for crossing a road when there are no crosswalks). But is very good news for the second part.

Granted, this mainly benefits those who can afford to live in big desirable cities, but the ideal of the walkable “15-Minute City” is a change.

I’ve never in my life under any any circumstance seen someone crossing the street and thought “My god, someone stop that maniac!”, but then I’ve never been a police officer so maybe I shouldn’t judge

I’m from NYC but moved to Los Angeles when I was 40. I remember walking, and waiting for a green light to cross, but with one foot on the street and one on the curb. A police cruiser used their loudspeaker to tell me to get off the street. I was confused, but then realized they were talking about my one foot on the street. For what it’s worth, I’m White and it was in Brentwood, on the corner of Barrington and Montana. It struck me as one of those local cultural peculiarities, though an aggressive one.

I am 50 and grew up on the westside and live there now. You will get run over standing like that, on that corner. That isn’t the cops being out of line that’s you not understanding how aggressive driving is in Los Angeles. Every inch of that road is useable space and is treated as such. Barrington and Montana, in almost all directions, is a prime freeway access corridor. That is prime asshole driving space.

Cops being out of line is stopping and questioning someone for crossing the street while not being a white person. There is a big difference. 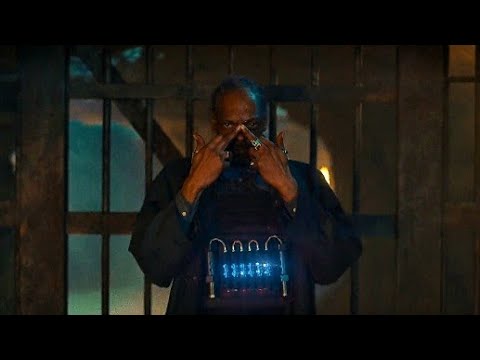 From Pittsburgh (East End), and can attest; it’s been getting incrementally better every year.

My mom went out walking her dog one evening, decided to cross not at the traffic signal 1/4 of a block away, but rather in the middle of the block where the dog wanted to go. She was hit by a car coming around the corner without time to stop. She spent 3 days in the ICU, 2 weeks in the hospital, had ,ajar reconstruction surgery on her shoulder, spent 4 weeks in rehab and is affected by the injuries, 6 years later.
When the police want an excuse to harass people they will find one or make one up. I suspect this will lead to more traffic fatalities, and only lead the police to find some other excuse for harassment. Fixing the police will solve the problem. How to do that is way beyond me.

Maybe not, but making it illegal to cross a road, other than a freeway, where there isn’t a crosswalk, is just wrong.
But then, in ‘Murika, the Car is King.
In more reasonable countries, like mine, it’s always been the responsibility of the person crossing the road to check that the road is clear before crossing, and if they’re hit by a car that’s being driven irresponsibly or speeding, that’s the driver’s fault.
New laws mean that someone crossing a side road that’s a turning from a major road, has priority over any motor vehicle. There are other new laws giving pedestrians and cyclists priority of motor traffic - I can just imagine the frothing, swivel-eyed reaction from the average GOP-voter. 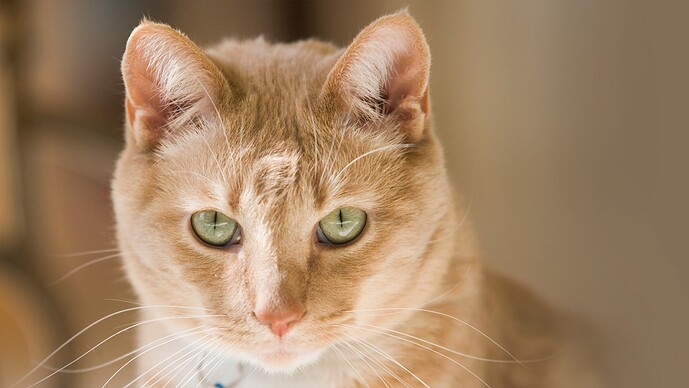 Why you should spay/neuter your pet

Unfortunately (but not unexpectedly) the law is written with plenty of leeway for harassment… It does not actually make jaywalking legal. It does say that officers cannot issue citations to people for jaywalking unless [wait for it…]

“…a reasonably careful person would realize there is an immediate danger of a collision with a moving vehicle or other device moving exclusively by human power” (such as a bicycle).

“It’s still technically illegal to cross the street in the middle of the street,” Assemblymember Phil Ting (D-San Francisco), one of the bill’s authors, explained . “But we’re directing law enforcement not to cite people, unless there’s an immediate hazard.”

The determination of whether there is an immediate hazard is left up to the individual officer.

I am just wondering when Germany will recognize that the roads abutting Fussgaenger Plaetzer, which tend to be more walkable than most urban centers in the USA, and pass a similar law that will prevent the police there from harassing foreigners and guests who feel more comfortable jaywalking.