Calling out the doctors who abetted CIA torture

shock and disgust at the medical professionals

Kinda casts doubt on the integrity of any professional institution

“Staff Doctor- CIA” or any similar title should immediately disqualify any doctor from any medical capacity in a hospital or private practice unless those who were specifically involved are brought to justice.

It seriously makes me want to work in a position of power in medicine just so I can make sure they never again work in the field. They’re a danger to their patients, as far as I’m concerned. If they don’t have ethics sufficient to keep them from aiding and abetting torture, how can expect them to meet lesser ethical requirements like informed consent?

More generally with regards to the CIA: Burn it all. Burn it all to the ground. Anyone who has read Tim Weiner’s Legacy of Ashes, or any decent history of the agency knows that the whole thing is corrupt to the core. It needs to be uprooted and the ground in which it sits poisoned so that not so much as a weed grows where it once stood.

So much for the Hippocratic Oath.

There really are a lot of people for whom laws defined by the state can trump their own morals.

I’m frequently caught off guard in my conversations with scientists (friends, colleagues, acquaintances), by how staid in opinion and conservative in outlook their attitudes concerning social issues tend to be.

In my limited experience, they tend to fall victim to a well constructed, reasonable sounding argument such as John Yoo’s definition of the legal limit on behaviour potentially definable as ‘torture’.

In that example. it sounds as if there is a strong, legal argument that can be used to define moral culpability but to my ears, his argument constitutes a perfect example of legalese being used to come to a specific, predetermined conclusion, rather than an exploration of actual moral integrity.

Obviously this experience is drawn from a minuscule data set, predicated on the nuances of conversation between us and can be in no way assumed to really even cast light on their true, underlying moral philosophy.
I do, however, get the very strong feeling that a dependence on navigating the education system, garnering investment for research and generally maintaining a public image of conformity puts an enormous pressure on them to emulate what are perceived to be societal norms.

They made $80 million from this. I don’t think they’re worrying about having licenses anymore.

Sounds about right for not having insurance.

Some people have no deep character, no real morality that they’ve developed over their lives. Maybe someone can explain to me what distinguishes these torturers, these depraved human beings, from the people they purport to protect us all from. I sure as hell don’t see a difference. 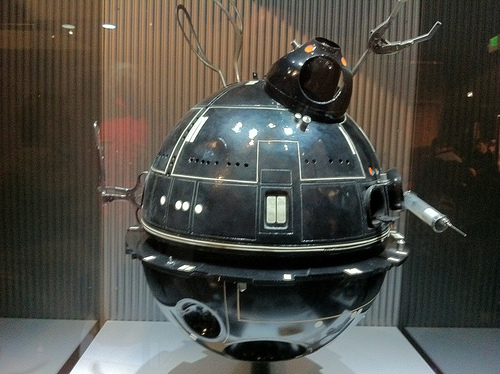 We really are the Empire now, aren’t we?

I seem to remember something about ‘‘Do no harm’’. Something that is immoral is still wrong even if some @#$% lawyer say it is okay. ‘‘I was only following orders’’ is not a defense for '‘crimes against humanity’.

I’m actually pretty surprised at the number of people that I know who support torture with the argument that “It’s okay because we’re the good guys”.

‘‘I was only following orders’’ is not a defense for '‘crimes against humanity’.

I already said elsewhere: “I was only following orders” was not an excuse at Nuremberg (at the US’s specific insistence, I believe), so it shouldn’t be an excuse now.

I´m sorry to say the Empire from Star Wars has too much charm to be compared to present day America.