All those companies that paid tax in Ireland should be asking Ireland for bailouts.

You mean to say the entire economy is built upon.

I say good riddance to these parasitic institutions. Live by the capitalism sword, die by it as well.

Be careful what you wish for. Unfortunately we’re all reliant upon, and connected to this deck of cards, flimsy as it may be.

Be careful what you wish for. Unfortunately we’re all reliant upon, and connected to this deck of cards, flimsy as it may be.

Except we’re not. If every single chain store closed up at the end of the month, you’d have small business entrepreneurs opening or expanding businesses to fill the void. There’d be a month or two of chaos, and all the “too big to fail” bullshit would go away to be replaced by locally owned options. Unemployment would fall to about what it was at before, and everything in town would go back to being the same, but without billions of dollars being funneled to tax shelters and instead staying in the areas its spent in. 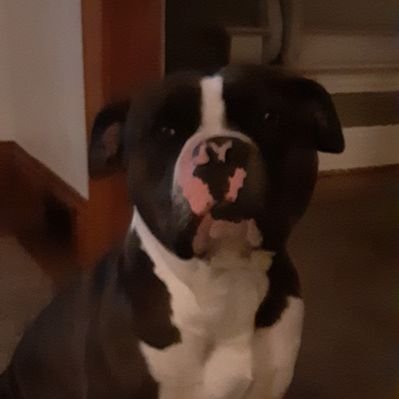 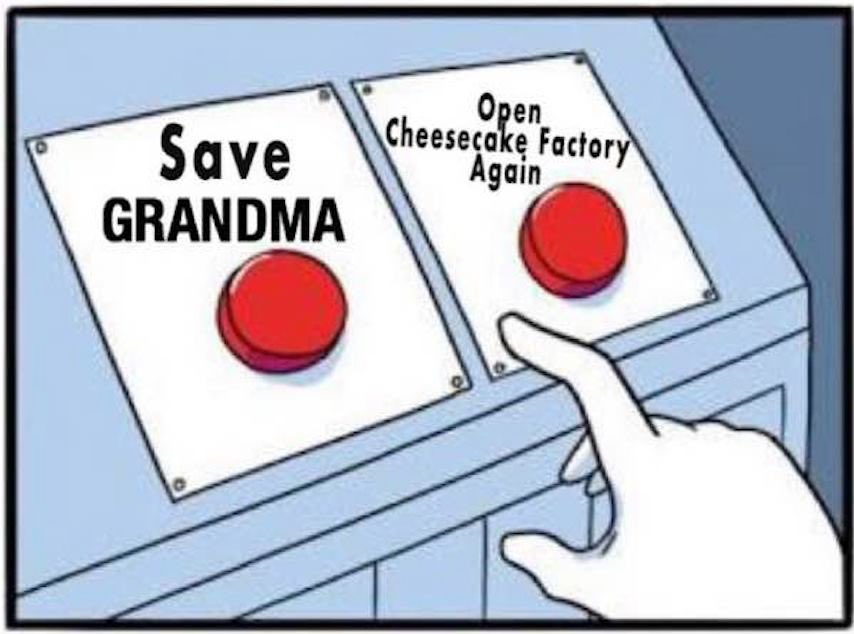 Except revenue isn’t the same as profit. For all we know that’s 2B revenue against 2.1B in costs.

Some landlords have gone the other way with this. One set of landlords said skip paying rent and keep your staff on the payroll. https://www.cbsnews.com/news/coronavirus-restaurants-closed-takeout-isolation-property-owner-not-to-pay-rent-service-workers-staff-relief-checks/

$2BILLION in annual revenue and they can’t afford to pay rent for a month?

I think a lot of people are going to get a lessen in how close to the bone some corporations run. A stupefying number of companies and businesses are about to go under. Most businesses just got kludged over the head by complete and total surprise in a way they never even dreamed of, much less planned for. Any company that was on shaky financial footing just got thrown in front of a train with absolutely no warning.

So many companies are going to implode. The ripples of this disaster are going to bounce back in great and horrible ways that we are not even able to dream off. Only World Wars compare to what is economically happening right now, to say nothing of the social, political, or countless other ways. This is going to impact that 9/11 had on the US and the world look small. We are sitting in a historical singularity where the future we thought we were aiming at is getting trashed and rewritten. We aren’t going to talk about a “post 9/11 world” anymore. We are going to talk about a post… whatever the fuck we end up calling this.

Let them eat cheesecake ! Dammit, we don’t have any bread.

In my first year in SoCal, colleagues (in a sort of secretive… “don’t let anyone else know” manner) introduced me to one of the earliest CF establishments in the state. It was within reasonable walking distance of my place of work. Such a tiny place, hidden away on a very narrow, greasy, sinister-looking side street. Lunch only, I think. They had a very limited, yet incredibly delicious selection of sandwiches and pastry. Given its teensy size and seamy location, I wondered how long anything even that good could survive. It was only a few years later that they acquired a prime, main avenue location closer to my place of work, but the business arrived on steroids: a multilevel floorplan; stylish décor; superb seating; great parking; and a massive menu. It became our division’s go-to for Friday lunches. That only ended when our division relocated to our ‘sister’ campus several miles away. Great. Now I’m hungry.

And it will be televised live streamed!

I’m not sure about this but I think these surprises are related to a spin-off program aimed at a YA audience next season. Apparently, the thinking is the current shows are getting dark and while they are gripping for the olds, market research suggests that the youngs want something more optimistic and easy going. Think something along the lines of Sarah Jane Smith or K-9, the Doctor Who spinoffs, but with a bit of Friends and Broad City mixed in.

but now the mantra is “debt is the future”, leverage all your assets, go into debt as much as you can and more and then one day you will dominate the market

or implode in spectacular fashion, it doesn’t matter, bonus are paid all the same

If every single chain store closed up at the end of the month, you’d have small business entrepreneurs opening or expanding businesses to fill the void.

My. You are such an optimist.

but now the mantra is “debt is the future”, leverage all your assets, go into debt as much as you can and more and then one day you will dominate the market

We’ve created a world in which you have to be a sociopath to start a company. The old fashined way of being responsible just doesn’t work when you are competing against these new breed of companies with unlimited credit and no fear of crashing.

Something I learnt in the last 15 years of working for the private sector is that accountancy is not a science, is an art. And like any other form or “art” what it gives you is an “interpretation” of reality

Concepts like “revenue”, “profit”, “debt” or “costs” are fuzzy and can be altered significantly depending on what you are trying to do. Even audit companies are in the scam (actually they are the enablers)

The only thing you can trust in the corporate world is Chapter 11, the rest is just tears in rain…

“Boeing , which has been struggling for the past year with the safety of its 737 Max jet, has spent over $43 billion buying back stock over the past decade.”

Bet they wish that had that $43 billion in the bank now. Oh that’s right, they’ll just ask for a handout because they’re too big to fail.

Some landlords have gone the other way with this. One set of landlords said skip paying rent and keep your staff on the payroll.

That’s the sensible as well as the morally decent approach, since a good commercial tenant two months behind on rent is better than no tenant at all for the next 18+ months.

Unfortunately, not all landlords think that way. Some are short-sighted small-timers, and some are corporate REITs or private equity outfits obsessed with squeezing out every dime for their shareholders in the short term.

But Brexit Bros Billionaires are Men of the People!

Shame on you elitist communist expecting workers to be paid.

Tim “Brexit” Martin, Wetherspoons CEO has come in for a lot of bad press this week. And has been written to by the chair of a Parliamentary Select Committee asking him to explain himself.

Sadly, by the time this is over everyone will be so glad to get back to the pub that it’ll all be forgotten - what SHOULD happen is a massive boycott, driving his share price down until he is ousted and a better management can be installed.

Yeah because (staff aside, who would hopefully be able to move to similar jobs elsewhere) who would actually miss Cheesecake Factory? Nobody’s been fighting in the aisles for cheesecake, now have they?