Which statistic results back this or the opposite affirmation?

It is easy to laugh at Nigel Short’s claim and to see the fact that he was just beaten by a woman as proof against it. However, Judit Polgar is one of only two women in the top hundred chess players. She is an extreme exception. There isn’t a single woman in the top 50. Within the world chess rankings for all players, the top five women players are ranked 62nd, 69th, 325th, 374th, and 450th. We can make fun of Short all that we want, but this apparent weakness of the women’s game in comparison to the men’s game is startling.

I think that there are probably a range of contributory factors and wouldn’t jump to Short’s explanation, and most certainly not as the sole explanation (are chess clubs geared towards boys? do women have the same access to the institutions of the game at all levels? is chess seen as a male game, discouraging women from participation? does a game of chess’s intrinsic character hold exactly the same level of appeal for women as a group as it does for men? do women have the same access to funding? do they have the same possibility of playing games with players that will boost their rankings? etc.). However, dismissing the possibility that Short’s claim may be a contributory factor at least strikes me as premature.

Similar trends can be seen in word games, for instance. In Scrabble, for instance, even though women are numerically dominant at league levels (~80% women isn’t uncommon), the extreme gender ratio tips almost exactly in the other direction when one gets to the high reaches of the game. Something is happening here and, of the various explanations out there, different natural tendencies in levels of interest and aptitudes between men and women are among the most promising. Some contributory factors that may also apply to chess include:

I kind of want to tell that guy that his wife =/= all women. I’m pretty sure someone like Danica Patrick would blow my doors off in a parking competition the same way that he would beat me at chess.

It is important to recognize that Nigel Short has such a high regard for Judit Polgar that he has described her as ‘one of the three or four greatest chess prodigies in history.’ It is quite possible to have questions about women’s ability levels relative to men as a group in a particular game or discipline, while openly recognizing and celebrating the exceptional talents and achievements of particular women. It is also possible to deny that there is some clear upper bound to the potential of particular gifted women relative to men, while also recognizing the unlikelihood of women as a group achieving parity with men as a group at the very highest level of some activity.

And maybe she, a person who cares more for being right instead of righteous, would tell you that everyone has a talent which make him or her unique, regardless of titles or such.

Or, maybe, Nigel should shut his damned yap before making generalizations like these. Opinions like this literally help nobody. His time would be better spent yelling at those clouds.

Yet there can be much truth in a generalization or a stereotype. There are genuine truths about groups that don’t hold for every individual case. It is fairly evidently true that women’s chess is weak relative to men’s chess at the highest levels. This general truth needs an explanation. Pointing out and seeking to explain this fact is a different thing from making a statement about each and every woman.

Which is why it would be nice if he’d said something like ‘women are massively under-represented at the top level of chess, the sport should try to understand why and address this’, rather than ‘wow, women suck at chess’.

Good point. Let’s have a look at the “explanation” using his own words.

“Likewise, she doesn’t feel embarrassed in asking me to manoeuvre the car out of our narrow garage. One is not better than the other, we just have different skills. It would be wonderful to see more girls playing chess, and at a higher level, but rather than fretting about inequality, perhaps we should just gracefully accept it as a fact.”

It sure would be wonderful to see more girls playing but we don’t so, oh well! That’s not even acknowledging it as a problem, that’s saying women shouldn’t even bother. How about he sits down and mentors women players to make them better? How about he tries to solve the problem instead of insisting that it’s destined to just always be this way because biology?

Either way, welcome to the BBS Nigel.

He didn’t say that women suck at chess. He just suggested that there may be a natural basis for the fact that men as a group relatively outperform women as a group, perhaps especially with reference to the top levels of the game. As I suggested earlier with the parallel with Scrabble, even when—in contrast to the case of chess—the social conditions would seem strongly to favour a predominance of women, there are areas of life where men as a group continue to outperform women as a group at the highest levels. Alongside other contributing factors, natural differences between the sexes seem to be a good primary explanation in many such cases (prejudice and discrimination would seem to be stronger contributing factors in others). The assumption that, in a world with a completely level playing field, women and men would be equally represented at the highest level of every form of human institution or endeavour is rather tendentious, to say the least.

Men dominate professional chess thanks to history not ‘hardwiring’ in their...

British chess Grandmaster Nigel Short has form when it comes to explosive statements. Competing in a tournament in France some years ago as a junior player, he was asked during an interview ‘what do…

If I were a cynic, I’d suggest Short might be deliberately stirring the pot to create publicity for his upcoming exhibition against Kasparov.

“I don’t have the slightest problem in acknowledging that my wife possesses a much higher degree of emotional intelligence than I do,”

But not enough emotional IQ to leave his dumb ass.

And more interestingly, this, from Ed Yong. Who’s a much better science writer than Nigel Short.

Why are there so few female chess grandmasters?

Three years ago, Lawrence Summers, former president of Harvard University, claimed that genetic differences between the sexes led to a “different availability of aptitude at the high end”. His widely derided led to his dismissal, but is views are by...

The model revealed that the greater proportion of male chess players accounts for a whopping 96% of the difference in ability between the two genders at the highest level of play. If more women took up chess, you’d see that difference close substantially.

A couple of other links I dug up: 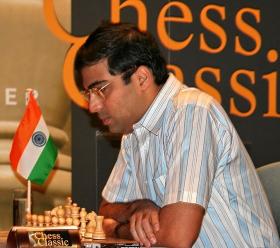 Why Men Rank Higher than Women at Chess (It's Not Biological)

(PhysOrg.com) -- In the recorded history of chess, world champions have always been male, not female. Further, there is currently only one woman in the top 100 chess players in the world. Because chess is often considered to be the ultimate...

Women and men in chess – smashing the stereotypes

On June 5, 2009 WGM Natalia Pogonina and Peter Zhdanov got married – she a Women's Grandmaster, he a successful IT-specialist and debate expert. Peter is also Natalia’s manager,...

But he’s an expert important! We should listen to him!

Yeah, but is he any good at chess? No? CHECKMATE!

Certainly there’s a more constructive way to point out the gender disparity among chess grandmasters than immediately jumping to the same “hardwired” line that’s been used in historical attempts to justify why women are supposedly bad at STEM, philosophy, art, politics, business, voting, reason, etc.

My girls tried the chess club in grade school. Except, it was girls’ chess (no, I’m not kidding) and the teacher took 10 sessions to introduce all of the pieces and what their moves were. Meanwhile, the boys’ chess club was playing actual games of chess. Talking with other parents around the country, my example is more the norm than the exception. Girls are taught chess AS IF they weren’t as competent at understanding it. Why wouldn’t girls choose a different pastime after that sort of introduction?

This makes me want to go beat up chess clubs. Becuz all chess players are wimps, right Nigel! They’re just hardwired for it, haha!

“Judit Polgar is one of only two women in the top hundred chess players. She is an extreme exception. There isn’t a single woman in the top 50. …We can make fun of Short all that we want, but this apparent weakness of the women’s game in comparison to the men’s game is startling.”

What’s the ratio of women to men in the sport?

For example, if there were twenty men for every woman in chess, then you might well expect to see only one woman in the top twenty.