You’ve heard of “harm reduction”? May I present “harm enlargement”, brought to us by capitalism and conservatism.

Profit motives and punishment are not perspectives that lend themselves to healing and/or safe communities.

Yes we definitely should encourage one addiction (methadone) for another…

Exactly- just give them heroin.

It’s far better to save lives, and if someone needs to have support to get off a more dangerous drug that can kill them, we should do that. We should be focus on harm reduction, and methadone has been shown to help with addiction. It’s not just about “willpower”, but about chemical dependency.

John Oliver covered this issue earlier in the year:

There’s a terrific street interview in LA from 2011 with a homeless heroin addict who is quite lucid and understands what his addiction has cost him. He was in construction, the bottom dropped out with the housing crash, he had pains from his work injuries, lost his health coverage and could not keep up with the prescription opioid costs and turned to heroin.

His take is that heroin should also be offered in these programs. His reasoning: He can kick heroin by being sick for a week. Quitting methadone is much much harder, he says - like 4 to 6 weeks throwing up every day. So he won’t go into the methadone program. He argues that if heroin maintenance were offered, there would be less illegal activity and he wouldn’t be homeless. I am not sure as to his status 11 years later, but I found the 2011 interview here.

Exactly- just give them heroin.

I was surprised the first time I talked to a social worker who said exactly this. I had no experience on front-line realities of methadone vs heroin. It was an eye-opener.

Instead, close clinics and let patients pick up methadone at a real pharmacy

You mean the places where employees will deny people birth control, citing religious reasons? I think we’d run into additional issues. Not to mention the oversubscription of opioids and lack of access to mental health care that leads to many addictions in the first place. I’m all for improving harm reduction, but this is a bigger and more complex problem.

Of all the Methadone treatment centers/clinics in New England approximately 20 are in Massachusetts. Most of those are in the Greater Boston area. There are not nearly enough treatment centers/ clinics available for the demand. We get addicts from all over the USA coming here.

Pharmacy access would be a good thing imho but don’t close the treatment centers.

That’s not a terrible idea. If our main goal is harm reduction, preventing opioid-related deaths, and preventing crime, this is a logical choice.

I recommend listening to this episode of the Crackdown podcast. Really, the entire podcast is fantastic and has taught me so much about the war on drugs, and the damage it’s causing (even in a “progressive” city like Vancouver). 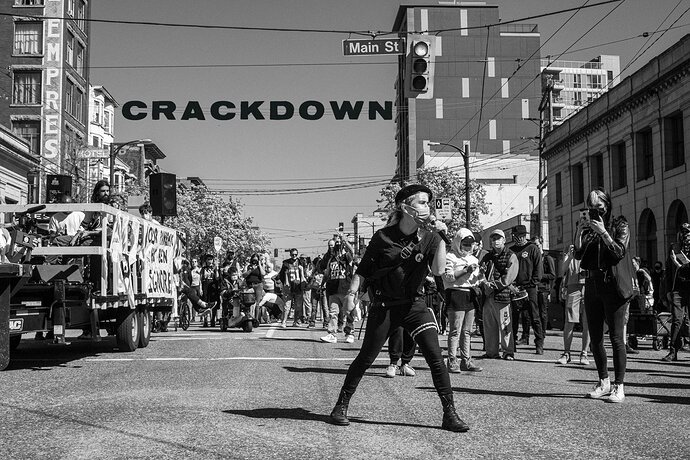 In spite of a massive spike in overdose death, BC’s government still refuses to offer a genuinely safe supply of drugs. Eris Nyx and Jeremy Kalicum tell the story of how the Drug User Liberation Front has stepped up to do what the policy makers...

Dude, just, no. Not comparable at all.

It’s Pew Charitable Trusts (not PEW Charitable Trust). I think you assumed they got their name by using their fingers as imaginary laser guns, but the truth is that they were bankrolled by the Pew family, heirs to the Sun Oil (now Sunoco) fortune.