Deaths in Japan far outpace births in 2021, resulting in a population decline of 628,205

Not just marriage. A lot of people are forgoing sex entirely. In 2015 there was a big study that showed that almost 10% of men and women between the ages of 35-39 were still virgins, and those numbers rise to around 25% for ages 18-39.

I mean, it is seriously inconvenient to have sex in Japan. Cramped apartments, living with parents, long work hours, pressure to socialize with coworkers after hours… I can see why that would be the case.

Yeah, it’s not fun if you don’t have the cash for a love hotel. But I think that when you have so many people in their 20s and 30s who have never even had sex, there’s more going on there than just inconvenience. It’s like a significant number of people are giving up on the whole idea.

The things that you mention are part of another, related problem: even the people who do have sex don’t do it all that often. The government is trying to make things easier for people, urging companies to have people work less overtime and take more days off and all that.

In addition to the benefits available that you listed above, there are also some newer things, including 1) preschool is now free, 2) effectively free healthcare for children until the age of 12 or 15 (depending on the municipality) and 3) a stipend of 15,000 yen per month per child under three, decreasing to 10,000 yen per month per child under 15 (although it doesn’t decrease if you have 3 or more children). The government is seriously talking about giving every couple who has a third child 500,000 or 1,000,000 yen upon the birth of every child from the third onward.

Also, it should be noted that women are still entitled to 60~70% of their salary during their entire year of maternity leave.

Concerning the bus: gah, that writing system.
Anyways, it advertises a new lottery called Kunugizaka 46, starting nationwide on the first of August, and it provides a web search suggestion and (maybe) the name of the associated TV chain. And on the blue band below, something about 165 picture taken and their use (maybe). Dunno why there’s four ladies pictured above, maybe they are the presenters.
All in all, it seems to have nothing to do with the current state of Japan’s population, just a fine example of crowded, headache-inducing graphics. 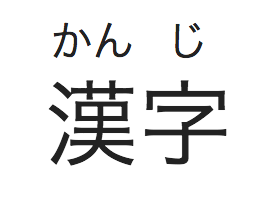 It’s worse than that. They’re a girl idol group (a knockoff of AKB 48) and it’s just a raffle for fan goods with their pictures on it.

Here are the prizes that you can win.

I see, many thanks for the explanation. The four girls were indeed suspiciously idoru-looking, but I had no idea that something even more cringe-inducing than AKB 48 had been invented. Brrrrr.

AKB48 Group (Japanese: AKB48グループ, Hepburn: AKB48 gurūpu), or AKB48 sister groups, shortened to 48 Group, 48g, refers to the sister groups of the Japanese idol girl group AKB48. Based on the same concept "idols you can meet", it currently consists of 5 sister groups in locations across Japan and 7 sister groups in major Asian cities overseas from Indonesia to India. The Japan-based sister groups not only release their own singles, but also perform on some of the AKB48 singles and events. They al...

Sakamichi Series (Japanese: 坂道シリーズ, "Sloping Roads Series") refers to a Japanese idol group franchise that began with Nogizaka46, an "official" rival group of AKB48. It currently consists of four groups. The first group, Nogizaka46, was formed on August 22, 2011 and released their debut single Guruguru Curtain on February 22, 2012. The second group, and Nogizaka46's first sister group, Keyakizaka46, was created on August 21, 2015. It was initially named Toriizaka46 before it was changed. They...

I was wondering if you were a paediatrician or a geriatric specialist.

Google is my friend.

It’s good news when people choose to have fewer children because increased wealth and personal autonomy and childhood survival rates enable them to do so. It’s bad news when people are having fewer children than they themselves say they want because they can’t afford to do so, or have to trade off doing so with having a career etc. etc. In America, the latter is increasingly a thing, and from what I understand that’s much more true and challenging in Japan.

It’s bad news when people are having fewer children than they themselves say they want because they can’t afford to do so, or have to trade off doing so with having a career etc. etc.

Oh sure, and I didn’t intend to suggest otherwise. Apologies if I did.

On a global scale though, poverty generally leads to larger families, either because of the need for labour to feed the family, or lack of agency and birth control for women. These large families then tend to deepen the cycle of poverty. Hence, dropping birth rates are generally a good sign in the world today.

Also, it should be noted that women are still entitled to 60~70% of their salary during their entire year of maternity leave.

my friend who is an american immigrant to japan told me that at his company almost all of the salaried staff are men, and hr - which is almost entirely staffed by women - are almost entirely temp* employees

(* not sure if that’s exactly the right word. but not long term guaranteed employment at any rate )

This is another long-term issue in Japan that the government has been trying to address.

There are three basic types of full-time employees: permanent employees, fixed-term contract employees and temp staff. The treatment and benefits that they receive vary, creating a kind of caste system among employees doing the same job, and it is true that women are less likely to be permanent employees with lifetime employment and all of the benefits.

Again, these are just government guidelines, and it’s all very new, but the government is aware of this problem and has been trying to do something about it.

It’s really one of the unusual things about Japan. A lot of these guidelines and rules and regulations are worked out and implemented by Japan’s massive bureaucracy without a lot of input from politicians (except for when it comes to approving budgets). The Prime Minister will say, “We want to do this,” and then leave it to the bureaucrats in the various ministries to come up with ways of making it happen.

It is no exaggeration to say that the country is actually run day-to-day by career bureaucrats, while at the same time, the competitive salaries, stability and significant benefits that bureaucrats receive make it a very popular career choice…to the point where upwards of half of boys and girls in Japan say that their dream profession is “public servant.” I’m not saying that bureaucracy is the way to go, but “Japan Inc.” (as it is often called) makes it work.

it almost seems like the state - any state - has to employee a certain number of people to keep the economy steady, and then it’s just maybe: where do you want to put that investment?

here so much of it is military and policing. everything else gets written off as the deep state or socialism.

no conclusions of any sort here. it’s just interesting to hear how different the setup is

Yeah, the US has plenty of career bureaucrats writing policy papers as well. It’s just a difference of whether or not those become actual policy.