Did you receive a random packet of seeds apparently from China? Don't plant them

a friend of ours started getting these super ugly panels of… they aren’t drapery, not a table covering of any kind… maybe they are just decorative wall hangings?.. anyway, she was getting them from amazon a couple times a week for a few months. really freaked her out. apparently this is what it turned out to be – a brushing scam. she was never charged either, and was super glad when it stopped.

i don’t see any harm in planting them in a pot in a controlled place, like a windowsill. i would totally do it.

When the brushers get an address that confirms delivery (UPS doesn’t return the item because it was a vacant lot or whatever) they’ll keep using it until the person complains to Amazon or refuses a package. They burn shipping addresses like credit card scammers burn numbers. Use it as long as you can, and move on. That means a handful of people get a lot of weird crap sent to them.

Brushing is a particularly bizarre scam, since it’s physically expensive, and all about a very nebulous virtual “currency” (stars from verified buyers). I’m sort of amazed that it’s worthwhile to do, but apparently it is.

yeah, i researched it and sent her info about what was going on, to help assure her that her account probably wasn’t hacked and the she probably would see no charges as a result. for awhile she was worried she had some sort of weird stalker.

it’s such a super-weird way to leverage sales (get a bunch of “high-star reviews” on some crappy product of yours, which elevates your general sales ranking, which (somehow?) gets you actual sales on your higher-priced stuff.)… it seems like such a gamble. i would assume the company has to pay for all that shipping of the cheap stuff in the first place, and then there’s the cost of the actual cheap stuff to your own bottom line in the first place. yeah, i don’t get it.

it’s such a super-weird way to leverage sales (get a bunch of “high-star reviews” on some crappy product of yours, which elevates your general sales ranking, which (somehow?) gets you actual sales on your higher-priced stuff.)… it seems like such a gamble.

In case no one else has already said it here, Amazon doesn’t control for reuse of product identifiers. Some vendors will build up a ton of good reviews for some random item and then sometime later change the entire listing to some other completely different product that they actually want to move in large quantities… suddenly their shitty knockoff has a few thousand 5 star reviews as compared to everyone else selling that same knockoff product, so then they sell many more of theirs than anyone else does.

Sometimes you can go back in your amazon purchase history and see where this has happened because suddenly the picture or item name doesn’t match or it’s something you never actually bought. You bought something else at that date and time, but now an entirely different item lives in that unique ID profile instead of whatever it was that you actually bought.

Some vendors will build up a ton of good reviews for some random item and then sometime later change the entire listing to some other completely different product that they actually want to move in large quantities… suddenly their shitty knockoff has a few thousand 5 star reviews as compared to everyone else selling that same knockoff product, so then they sell many more of theirs than anyone else does.

AHA – there’s the rub. now it makes more sense to me. i didn’t realize that was something that could be done!

AHA – there’s the rub. now it makes more sense to me. i did’t realize that was something that could be done!

There’s no reason for the hole to exist, but they refuse to remedy it. Which is, I suppose, typical for Amazon.

Amazon gives priority to reviews from accounts that confirmably purchased something. It’s an attempt to tamp down on fake reviews. Apparently you need to actually ship something to tick that box or avoid detection.

So the sellers will creat fake transactions from fake or compromised accounts. Then ship a much cheaper item, allowing them to post a review as a confirmed owner without having to buy more expensive items over and over.

tipoff that a scammer has control of one’s Amazon account?

Apparently not. They just scrape random addresses from public info, most people who get these don’t end up getting charged for the items. It’s still advisable change passwords just in case.

Okay, I’m the idiot who got these seeds and planted one of them. I figured, what the hell?

So the next morning there’s this enormous beanstalk in my backyard. Like, it stretched above the cloud layer. So I climb it. Up top there’s a bunch of giants. Which would be pretty cool except they were all Chinese, and I don’t speak the language. So I just stood there looking like a stupid American dork for a few minutes and then went back down.

I’m going to plant a few more seeds and see if they take me to more touristy parts of Giant China.

who would do that?

You would be both surprised, and alarmed to find out the answer to that question.
Several years ago, my sister forgot to close her back door, and the neighbour’s 12 year old kid wandered in, went into her bathroom, and she spotted him just as he was opening and downing all of her birth control pills. He’d already got the one remaining long expired aspirin pill, and she got to him just in time to stop him from swallowing her ear plugs, because they were compressed and looked like large pills.

“Did you receive a random packet of seeds apparently from China? Don’t plant them.” BoingBoing article then doesn’t say why.

Why? Will it help the scam? Will they grow into deadly, dangerous and/or an invasive plant?

“Right now, we are uncertain what types of seeds are in the package,” Strain said. "We need to identify the seeds to ensure they do not pose a risk to Louisiana’s agricultural industry or the environment.” from the USA Today article Unsolicited Packets…, 2020/07/27 (yyyy/mm/dd).

Why not explain why one should not plant the seeds? It’s in the title of the post. If the planting the seeds is not really important to the main point of the story, then drop it from the title or perhaps the article all together.

Does this mean there’s an account connected to the recipients that someone in China has access to? It’s not enough to ship to an address for a “Verified” review; a transaction with that account/address also has to take place. Possibly a spoof account has been created on these people’s behalf, or possibly their accounts have been compromised?

What the duck? Bloke keeps getting sent bathtime toys in the post – and Amazon won’t say who’s responsible 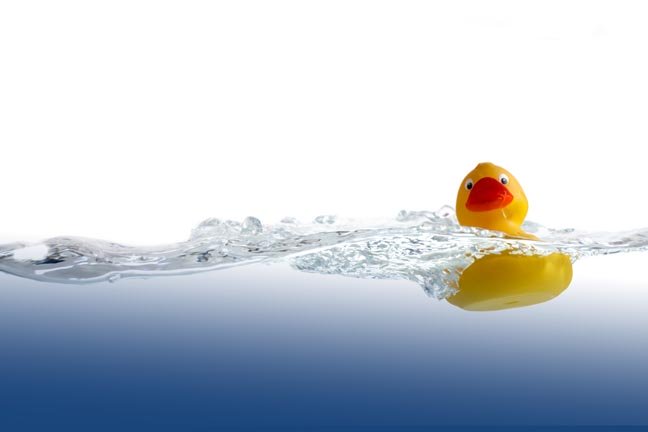 What the duck? Bloke keeps getting sent bathtime toys in the post – and...

A chap from County Durham in northeast England is suffering a very specific mallardy – one of rubber ducks sent to his home address from Amazon with alarming regularity.

The Northern Echo reports that 76-year-old Peter Jackson has received a bathtime plaything “almost every day” for the better part of three weeks.

If the Chinese were borrowing from the US dastardly schemes playbook, these would be a patented variety of GMO crops that will take over the domestic varieties, and force American farmers to pay a licensing fee. 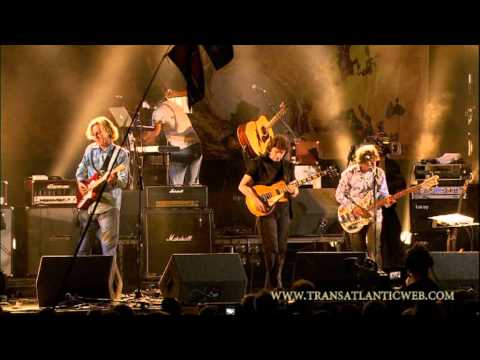 The USDA said not to plant them.

Isn’t 12 a little old to be doing stupid shit like that?

You’d think that, but I still hear about people in their 30s doing stupid shit like that. The trick is to remember George Carlin’s advice - you know how dumb the average person is? Half of the people are dumber than that, and for every person you meet that you think “Wow, that’s a really smart person” - there’s someone, somewhere, who is just as dumb as they are smart.