To describe reality in sufficient detail is to control reality. XML can describe anything to any level of detail. Ipso facto, anything can be defeated with copious XML.

It may require a really complex DTD.

Just for the gallows humor and bad cross-domain pun value; can we call the parser for that proposed XML globule ‘Hilbert’s Program’?

And need to say, this is the kind of thing that almost defines schadenfreude

I love the German language!

Not to be confused with Deep Blue Sea, 1999, which doesn’t have Tom Hiddleston but does have Samuel L. Jackson and genetically engineered sharks.

Which still means Steamboat Willie should have been public Domain by 1984.

If you think you dislike Disney now, try living in Central Florida and having to navigate Kissimmee/Orlando on a regular basis.

I see @Shuck beat me to it, but yeah, Tom Hiddleston indeed.

(Perhaps a bit too obscure, but will try anyway…) 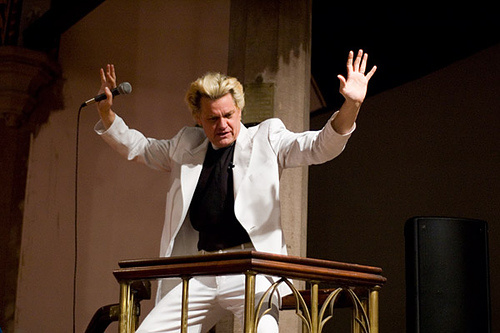 In my dotage I still nurse the fantasy of a Global Break the Mouse Day, in which tens of thousands of creators from around the world simultaneously flood the planet with stories, illustrations, animations, posters, music, etc. etc. featuring the Great Rodent–so many that even the Company’s vast resources can’t begin to sue them all.

I’ve always thought that Disney (or at least the Disney of the thirties to fifties) benefited from shorter copyright terms.
So many of their works of the time were public domain such as Snow White, last version by Grimm Brothers was released in 1854, which under today’s copyright regime would have still been under copyright when Disney released it in 1937. Or how even though Bambi (the book) was published in 1923, and the movie was released in 1942, Disney didn’t license the book, alleging that copyright notice hadn’t been filed. https://en.wikipedia.org/wiki/Bambi Or Pinocchio 1881/1940. And others.

And that so many of their problems in the nineties (for the animation department) onward were because they had increased copyright length so much that the number of works that were under public domain were becoming limited, reducing the movies they could make.
If they hadn’t bought out Pixar, frankly I suspect that Disney would be completely out of animation nowadays.