Edward's Snowden's search for political asylum is not going well

What happened to the private jet to Iceland? Still refueling in Reykjavik?

I also find it funny… a passport does NOT restrict travel. He can fly anywhere, really, if a nation would allow him entry. That’s what a passport controls. Entry. Not exit.

This whole “I’m not a citizen.” That’s not true. He is a citizen of the US. He’s recognized as such, and has a state. He is free to travel back to the US, and he is free to travel to any nation that will grant him entry. No nation seems to really want to do that, though.

I know I am the super minority and will likely get flamed for this, but I really believe that real civil disobedience must also include not running away.

Pretty clear the takeaway from this is that future leakers should travel someplace safe before the press starts publishing anything.

Initially, I agreed with you. The more I thought about Snowden, though, the more I see some logic in running.

In a slightly more perfect world, Snowden would be protected by some kind of Inspector General (or similar – someone who could impartially review what he came forward with and protect him from malicious prosecution).

While standing trial sends a powerful message, he also has to consider that the US (in the near past) has tortured people. It drops them in holes. Running gives him safety.

I think there’s great benefit in staying and fighting in court. But, considering the state of the US prison system (and what is happening to Bradley Manning), running should be an option for whistleblowers. If it’s not, it deters people from coming forward.

You do realize that when they catch him, they’re going to string him up by his *&^! and leave him there, right?

Who cares whether his strategy counts as “real civil disobedience”? Is there a panel somewhere which reviews political dissidents to judge whether they’ve met the official criteria? Why would we evaluate actions by this weird metric, when we could look at the effect they’ve had on the real world?

Maybe what you mean to say is “committing a crime for political reasons is never legitimate unless you turn yourself in afterwards”. In effect: nobody should ever do what Snowden did, unless they are literally suicidal. Letting yourself be executed is a pre-requisite for this type of protest.

Sometimes I think we prefer martyrs to heroes. Why is it that dead anti-establishment figures are celebrated, while the living ones are demonized?

You’d think Russian would give him some temporary passport just as a ‘thanks’ for all the humiliation he’s caused to the US, without having them to lift a damn finger.

Common Putin, you know you’d laughting your ass off at this shit. I’m sure he can promise you more lulz if you give him assylum.

Still waiting for the government of Iceland to grant Asylum.

agreed. why not GET assylum BEFORE dropping the press bomb ?
makes no sense.

Yeah, that worked really well for the Scholl siblings back in 1942.

This whole “I’m not a citizen.”

Where does that come from? I can’t find it in the article.

Snowden’s statements recently have referred to him as “stateless” and that President Obama is removing his citizenship.

Your idealism lacks sufficient acknowledgement of current realities, especially those regarding recent U.S. treatment of dissidents.

It DOES make sense. This is because if you fly to Iceland (or wherever) and say you want asylum, they ask, “What for? You haven’t done anything.” and reject you. Or you apply for citizenship, and in the middle of it, you go, “Look, USA, here are a bunch of NSA leaks.” And then Iceland goes, heck no, we don’t want this guy anymore and deny citizenship and deport. Or you go through the lengthy, years-long-process of citizenship and only at the end of it, you leak all the stuff, which is old news five years later. There is NO GOOD OPTION. The best option is what Snowden has done, albeit, perhaps, not precisely how he’s done it. But I don’t know.

I don’t think he’s lost yet. He’s in international space, waiting for papers to go somewhere. He’s not apparently in police or state custody, just there in the transit section: limbo. Not a bad position to be in, for a wanted man. I don’t think he has been boxed into a corner yet, like Assange. Assange doesn’t have 50 airline gates to choose from to fly out of.

Now the PRESS is saying, he’s at an impasse, nobody wants him, he’s stuck, etc etc etc. They’ll opt for maximum drama. But the reality is he’s in that room, like in the original Star Trek, with portals to hundreds of different places in the Universe. He has to get his papers, then he walks through one of those doors.

These places on the other sides of these doors are all assessing their situations, like Ecuador: “OK, the US is a capricious nation. They WILL withhold hundreds of millions of dollars from us, if we accept this guy. What do we have to gain? What do we have to lose?” This risk-assessment takes a while.

Putin admitted to that national risk assessment the other day. “He has to stop hurting the US if he wants to stay here.” That means they looked at all the options regarding Snowden, and realized that he would do more harm than good if he kept leaking and got to stay in Russia. For those very same reasons: the US would most certainly withhold money from Russian trade, etc., as payback.

I can’t predict the endpoint, but I can say this: there would have been no sense in seeking asylum first and then leaking the leaks. It couldn’t have happened that way. It has to be seek interim safety > leak the leaks > seek permanent safety

failing permanent safety, then > seek fairness and openness and return home to face the music

Under no circumstances is it sane or rational to willingly subject yourself to the treatment that Bradley Manning has received. Or to subject yourself to evil people who would silence you. That’s not sane and rational. We do not live in Mayberry anymore.

We live in a country that has many good, and great people. But there are a few, exceedingly powerful people who will stop at no evil to get what they want. Those are the people to rationally fear and avoid, which is what Ed Snowden is understandably doing.

Has anything benefited from what happened to Bradley Manning? If not, is there any reason so many people like you would want the same thing for Edward Snowden, beside some kind of hatred for whistle-blowers? And if not cases like this, what do you think asylum is for?

Heh. I’m not betting on my spineless government, but considering that the NSA has broken a multitude of German laws on German ground and some prosecutors are working on the case, I oh so wish that they grant him asylum as a witness. Oh, and close and raze these installations. 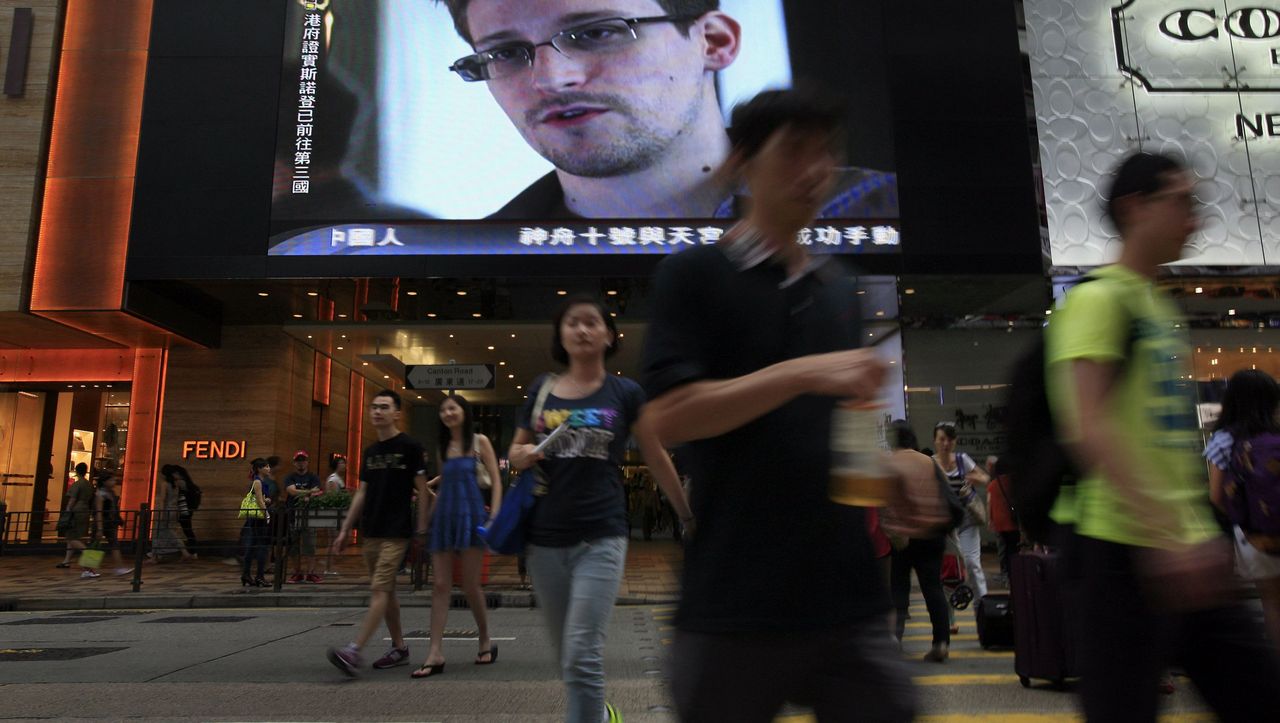 This is extremely saddening and infuriating. This level of cowardice from EVERYONE is just too much. Bending over to bullying during a war against the truth is inhumane.

I sincerely hope he gets a yes from venezuela, or even from ecuador if they change their mind. This fucking sucks. We all lose.