Enormous timescales made graspable by graphs

“Humans migrate out of Africa for the first time.”

So did Homo erectus have time travel to travel forward in time, migrate out of Africa, and travel back in time to reach Indonesia at about 1,800,000 B.P.? Or are they not human enough?

What the fuck grammar is this? I keep seeing it, I still can’t parse it.

While not quite as detailed as this, Olaf Stapledon used nesting graphs in his SF novel Star Maker. 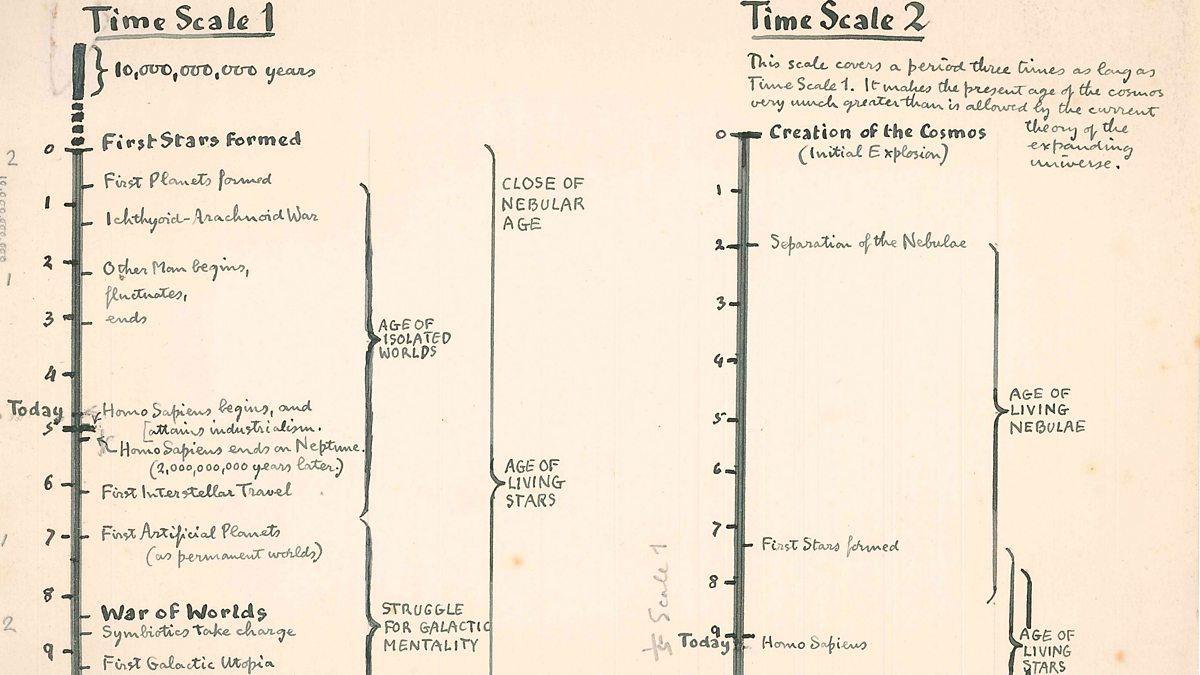 (The image auto-loaded below is not what I’m talking about; click through to view Stapledon’s hand-drawn timelines.)

Or go to the very end of this Gutenberg document:
http://gutenberg.net.au/ebooks06/0601841h.html

Claiming the telephone was invented in 1833 seems a bit aggressive to me.

Bell’s patent was 1876, right? Even Wikipedia’s article on the history of the telephone doesn’t make any claims to any precursor inventions going back to 1833. Am I mistaken?

Because otherwise, it kinda ruins their credibility for me, which ruins the graphs.

Pan and Homo are the genus names for chimps and humans respectively, hominini is (according to wikipedia) actually a “tribe” consisting of humans and chimps (and all those caveman skulls), homininae is the subfamily that includes humans, chimps and gorillas, but not orangutans for some reason, although they are included in the hominidae family, which doesn’t include gibbons.

I think the author has left out a fair bit of info, either to simplify the charts or because they are a graphic designer, not a scientist (dammit Jim!). The future charts also make a few assumptions about things that are still up for debate (e.g. that in less than a billion years plants will stop working; I’d expect they would just evolve to work under the new conditions)

If you don’t sweat the little details too much, it’s still pretty interesting to think about the scale of our lives compared to everything else that’s happened.

Which still doesn’t explain the grammar. You can stack nouns together, and if the context is clear, the readers can sort the stacks out. Yet the readers shouldn’t have to stop and sort the stacks out. “genus Homo” and “genus Pan” are quite straightforward, and no one has to stop to deal with them. “Homo genus” and “Pan genus” are the sort of frustrating mess that comes from machine translation.

I find it difficult to believe that we can simply assume physical humans didn’t develop language until ~60,000 years ago or whatever, even though we existed in a biologically identical/near-identical fashion for, say, at least 140,000 years at that point.

I mean, what can possibly fuel such a hypothesis? Really?

There is really no evidence, whatsoever, of what life was like for such humans for the first roughly three quarters of our biological existence. Oh, and we may have been around for longer, there’s just no direct evidence of it, right?

It seems HIGHLY speculative, to say the least.

We know that we coexisted with other intelligent primates up until, what, ten or fifteen thousand years ago? Possibly even less? We know that those other subspecies had language, and art, right? But our own species were, what exactly, grunting at one another until… Something magical happened?

It seems more likely to me (yes, pure speculation) that we began to form language well BEFORE becoming the biological species we exist as today.

You know, I’m not surprised at all to see the small scale of certain, conceivable events compared to others.

I’m surprised by the LENGTH of some compared to others. In particular it looks weird to me that a long-lived person today has essentially seen 1/3 of post-revolutionary US history. That in a way we have been separated from the US revolution by only 3 long-lived people.

A chimp is just a bonobo who’s been mugged

He was on hold for quite a while.

I was surprised at the length of life (any old life) compared to the length of the universe, and how soon life appeared after the Sun and Earth were formed. It seems that Life is tenacious and ambitious.

On one of my trawls of the local second-hand bookstores, I found this old gem: A Week in the Future.

The author, writing in 1888, imagines the world of 1988, with the usual ratio of hits (working women, lower birthrates and casual clothes) and misses (socialist co-operative housing, reduced international trade, global happiness and an end to war), but the introduction is interesting for her musings on historical perspective:

“Having lived all my life with a mother who nearly attained the age of a century, and having a strong interest in things past as well as in things present, I have been steeped in memories of old times.[…]
In her youth she had lived much with an intelligent grandmother, who could recollect the rebellion of 1745, and the battle of Prestonpans, and had been of mature years during the American War of Independence.[…]
The older lady had said to her then youthful descendant that no one could expect to see as much as she had seen in her life, which extended from 1734 to 1817, and included the American War, the French Revolution, and the application of machinery to so many of the arts. The grandchild, born at the beginning of 1791, had seen five French Revolutions, and the map of Europe strangely altered; triumphs of art and science, countless in number; steam, gas, electricity, the railway system; mechanical inventions which had revolutionized industry; and the rise of mighty colonies to compensate for the loss of the United States.”

That’s a lotta nitpicking and not a lotta ‘hey, that is pretty wonderful’.

Hey, that series of timeline/graphs/art is pretty wonderful. I enjoyed it.

I am offended this chart does not cover every event that ever happened, particularly the one I think is most important.

It seems that Life is tenacious and ambitious. 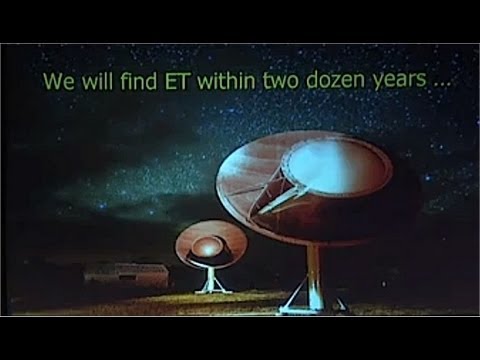 SETI Institute chief astronomer Seth Shostak bet hundreds of people at Boing Boing: Ingenuity that we'll hear from an extraterrestrial within 25 years. Find out why.

(And fuck you, bbs, that was descriptive and pithy.)

It’s true that as a behavior, it’s hard to pin down when and how language emerged. But there are some constraints, and various techniques to work on the question. A gene, FOX2P, implicated in human speech, showed up 100,000 years ago, so speech didn’t emerge before then. Some researchers use computational modeling to try to figure it out. Just because it’s a hard question doesn’t mean that every attempt to answer it is speculation.

Speculative, yes. Assumed without evidence, no - we have quite a few fossils from this period. Some anatomical features of those give us useful clues about tool-using behaviour, and similarly we can begin to model the constraints on our development of social dynamics.

The claim is not that our ancestors were biologically identical to us throughout this period, but anatomically identical; our brain structures and genetics were still changing.