My parents’ glass studio has gotten business through http://www.custommade.com/

Regretsy had that thing covered.

And since Alibaba is basically on etsy (with a bird on it), what’s the point? 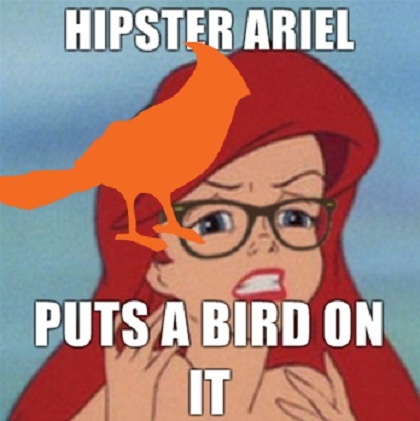 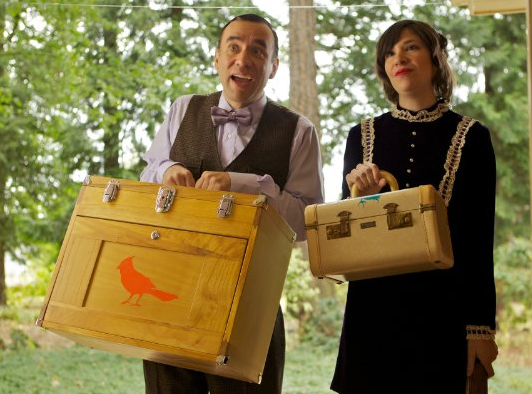 "Put a Bird on It": The aftermath

That’s an excellent idea: why don’t you implement it?!!!

According to the linked article, this isn’t about authorizing cheap Chinese knockoffs ie. Alibaba, but connecting manufacturers (which are based in the US and Canada) with people that up to that point were making it all themselves but have realized that their sales have gotten to big to do everything themselves but have no idea how to mass produce. As someone who spends all his time sewing fleece squidhats this sounds interesting.

Amazing that no one said this yet: Shopify.com is taking off where Etsy left off.
Also BigCartel, but mainly Shopify.

Full disclosure: I’m on Etsy, have been for years, I’m on a “Team” even and am involved in the planning of Etsy Made in Canada Day. That all said: I sell 1000% more in person than I ever have on Etsy. My Etsy shop is pretty much almost always empty because it is all the things I hate about selling and none of the things I like, and IRL craft show are the opposite.

@nothingfuture - Aliexpress shops have been active on Etsy for years. You just need to know what to look for.

I just want to know how to filter that junk out!

You can’t. You need to become fluent in Ali-speak. Also, the tip off: they use the same photos on Alibaba/Aliexpress/DHGate/eBay - often different sellers using the same photos for the product but with what I call the “watermark war” - either its cropped out or badly covered with their own watermark. I like the lazy ones that don’t even remove the watermark. If you see dozens of the same photos, its imported from China. Google image search is good for this. Also, most actual artisans have their own websites too, go there, if they don’t have a shot of their workspace… well, I get suspicious. (Also manicures… no one who works with their hands can maintain a manicure!)

Now, some of it, I don’t mind, the suppliers specifically. Because maybe I don’t want to buy 10 or 20 cameos, maybe I just want 4. So Etsy is great for that. But if I want 20 I can get them on Aliexpress for the price of those 4 on Etsy.

Oh, like you said, I certainly know how to observe them. But they pretend to be based in the states and I desire to remove all from the search engine so their low quality trash doesn’t glut my search results.

Every time I’ve surfed Etsy for jewelry, I’ve seen lots of manufactured crap. Seems to me they’ve had this stuff in their stores for a long time now. I hope this “new” policy doesn’t make the site even more difficult to navigate.

My thoughts exactly. If you love what you’ve built, why would you put lipstick on it and whore it out?

In many cases, things grow too big to be able to maintain without an extra influx of (not-yours) cash. And sadly, oftentimes that cash comes with strings that lead to horrible situations like this. I’m not saying that’s what happened with Etsy, but it’s definitely a huge part of the tech startup mythology.

I get the rationale for doing it - I was a business major undergrad and only wound up coding through a series of fortuitous accidents. But I think a company can accomplish just as much - or more - over the long term while remaining private. SAS - the language / database that’s put a roof over my head for about 20 years - is a prime example. Kuhl is another.

Remaining private allows management to focus on the long term rather than the next quarterly report.

Oh yeah, I agree 100%. But I’ve worked at a handful of startups, and unfortunately none of them survived much longer than the first round or two of private financing - either they ended up being forced by investors to go public and tanked, or they ended up getting forced by investors to accept an acquisition offer from a giant company, and ended up getting dismantled bit by bit… Being able to find a private investor who believes in your vision is a damn hard thing to do.

You wouldn’t happen to be in the Ottawa/Gatineau area team?

How is Shopify working for you? I tried it for a couple of months and hardly got any activity at all. Maybe I stopped too quickly, but I really didn’t feel like dropping more fees into something that showed no signs of immediate life. Etsy had views and sales pretty much as soon as I listed over ~10 items, so perhaps I got spoiled.

I have not been using Shopify but everyone I know does. I never had that kind of sales on Etsy so I don’t know… I know people that do well on both. I think it matters how your using it. Etsy is good in that its its own marketplace. Shopify is good if you want your own presence on line. I dunno man, I’m kind of backing away and just gonna concentrate on shows. I do more sales in one day at a show than I have done in 4 years on Etsy.

Are you doing Etsy Made In Canada Day?

I bet there are much more interesting/profitable shows in Toronto. I’ve been trying shows heavily for about a year and it has been dismal. Only two ended up being profitable beyond paying for the space fees. It’s just not as big a buying market I guess (that said the artisan food vendors always do well… because, well, food <3). Many of the shows end up consisting of the vendors buying a little knick-knack from each other to show support. I’m not doing the local Made in Canada this year since I’ve already reached my limit of shows for the year. The only local show I hear generates good profits for the vendors is Comiccon. We finally managed to secure a booth for next year. Fingers crossed.

Ottawa has a nice and passionate little community of creative/art-loving people, but they’re all flat broke lol.

Toronto has 4 or 5 really big really good shows, but thats about it, the rest are all rather small and piecemeal. I’m sorry to hear about your MiC! Ours was insanely busy. Crafts are hard man. I gave up the hustle last year, its too much work. I do MiC and an xmas show, and thats it. I don’t know how people do it full time… I get tired just thinking about it.

Quick question. If Etsy is so terrible as everyone here keeps crowing it is… are there any options beyond ebay and yardsales if you make things and want to share/sell?

Try Artfire or Zibbit. Not sure they are any better, but there are options other than Etsy.