I don’t think it’s an Etsy-killer, simply because there’s no limitation (that they tell us) about people not being allowed on both simultaneously. I think Amazon will get a lot of people who are starting to dabble with online sales, based on the lack of listing fees, but who will do the math and then move over to Etsy. That’s a significant markup, and gives Etsy the “We’re cheaper than Amazon” card to play with makers.

Amazon already has the factory goods. While I appreciate this, the browsing experience on Etsy is really good. Browsing on Amazon is, frankly, bad.

I’d have to really dig into that math…

I sell on Etsy, and its annoying as f*ck, from the vendor side. Annoying to set up, annoying to manage, and that $0.20 only buys you 60 days. You need to relist, and repay fees for items if its a standard item, and yet standard items are the only way to make Etsy in any way usable because doing one-off listings is such a pain in the ass. Personally I prefer in-person shows.

Also, I just looked at the navigation for the handmade, and its much nicer than regular amazon browsing, but I already doubt their commitment/ability to police the “handmade” aspect as some of the “handmade” jewellery I just saw is widely available on aliexpress… I guess it all depends on how you define “handmade”…

Sure, handmade by someone in China…
http://guide.alibaba.com/shop/loridavidson-designer-brass-9mm-bullet-shell-swarovski-crystal-stud-earrings_31532207.html

Clearly they’re using the same definition of “handmade” that Etsy officially switched to a few years back.

Well, the other “dirty secret” is that these listings have generally been on Amazon already for quite some time, which is why they fall under the same listing costs as the rest of Amazon. Did you know that Amazon has been selling one-of-a-kind fine art for at least the last 6 months? That’s when I first found out.

They’ve already had seller profile pages, so I see this as more of a UI tweak. If this was truly “new” and “fully curated,” it wouldn’t launch with some 40,000+ items.

UGH! I hate this so much! 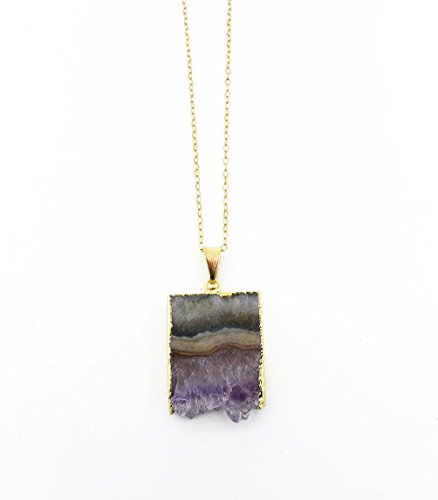 Like, for f*cks sake, its totally fine to use imported or pre-made goods in the manufacturing of your own goods, everyone does it all the time cuz no one is making their own jump rings, everyone buys findings, thats fine, but just buying shit wholesale off Alibaba and passing it off as your own? You think we won’t notice? It took me 2 minutes to find this! Ugh! (Full disclosure: I organize and curate two large craft shows a year, and every year I’m weeding out vendors that put shit forward that is obviously not theirs. The tip off is always the price. There’s no way someone in Canada or the USA is capable of manufacturing these items and then selling them for Alibaba prices. Its just not feasible. UGH! A bunch of pants on fire liars! Stahpit!! /endrant)

Not only that, but they literally bury the competition in listings, too. It could possibly take hours to find something truly unique and original.

Yup. Unless a site has a dedicated curator/moderation staff no site is ever going to truly “handmade”.

Yeah, fuck Etsy for accepting mass-market crap and NOT GIVING US THE OPTION TO FILTER THIS SHIT OUT.

Money is money, but I don’t want to see crap Korean/Chinese resellers when I’m not at all interested with their low-quality and ill-fitting fashion goods.

This is not to say that I don’t order from Thailand, etc when there’s something interesting and unique, but the insta-storefronts selling premade goods glutting my results kill my interest in the Etsy brand.

I’ve been an Etsy seller for years and really feel like they threw the makers under the bus- while we were promoting our own shops we evangelized the company, we threw Esty parties, had meet ups and were instrumental in a craft resurgence and aesthetic that hasn’t been seen since the 70’s. With the glut of mass produced items which are now allowed/promoted on the site artists are forced to undersell items to stay competitive and it’s almost impossible for customers to find smaller shops. Etsy told us they were making the changes to support small businesses who wanted to expand but we all knew it was really all about the profits they’d make when they went public and “moving” the corporation to Ireland to take advantage of tax structures was just another disappointing and greedy move http://www.bloomberg.com/news/articles/2015-08-14/etsy-taps-secret-irish-tax-haven-and-touts-transparency-at-home It’s about as un-handmade sensibility as you can get- Etsy isn’t dead but when it happens it will be self inflicted

I don’t think it’s an Etsy-killer, simply because there’s no limitation (that they tell us) about people not being allowed on both simultaneously. I

I’m pretty sure Etsy imposes just such a limitation, actually. People get their Etsy shops yanked all the time for selling the same goods elsewhere.

I’d like to ask actual handmade sellers about strategy…

We all know that one of the most egregious faults about many Etsy/Alibaba/ebay/Amazon sellers is the claim that something is made by hand, though “the cheat” is that it’s really made in an assembly line fashion or by paid helpers who copy from an original.

What if I were to state that each and every item I sell is NOT produced in this manner, and is my own inspiration from start to finish? Do you think I would be harming myself in the long run by subtly pointing out that the cheat exists? Do you think buyers would be turned off by this?

It’s not unusual to describe your process, so unless it was really preachy then it shouldn’t bother most buyers.

I tend to specify which parts of my work are made by me and to what degree. I make chainmaille (mostly jewelry) and some of my pendants or earring parts are mass produced and some of them are made by me from hammered copper wire.

When I start making my own rings I’ll specify which rings I’ve made or anodized myself.

On Etsy you are already supposed to specify whether you are solo or a small team but yes, not everyone follows the rules.

That sounds reasonable. I am an oil painter, and I think buyers should know what ways they can be jerked around - and that I don’t intend to do that. I’d probably phrase it like “painted solely by me, started from reference photos I took myself, and finished on-site of the photo subject”.
Basically, I lay in my basic and large fields of color at home in the studio, and then go out to do final touch-ups while on site for continuity and accuracy.

It really surprised me growing up in the '70s and '80s to learn about the Chinese art factories, and their relation to the “starving artist” sales I always saw commercials for on the television.

This is my idea for a custom series I’d like to interest customers in – portraits placing them in “film stills” of movies from my own imagination. This is the first in an unfinished state (still need to work on the middle and foreground), but I’m looking into getting some rubber stencils I can use to make subtitles like in the example.

At this point I appreciate it exists purely to give Etsy a reason to step up their game and give people reasons to sell through them as opposed to ‘we exist.’

Sure, handmade by someone in China…

What isn’t handmade by someone in China nowadays?