Sorry, they lost me at antediluvian… I agree we must try to unlock secrets of Göbekli Tepe but there is so much to be known about the mounds of the MidWest or the way Australians practiced their peculiar type of large-scale horticulture. I would rather try to learn another language ( I am learning Mapundungun) or, as a USAn, use the metric system and biology instead of wasting time on research that is anything but scientific and that flies in the face of critical thinking.

Yeah, c’mon we’re better than this. What’s that walrus meme "I’m just asking questions " right.
So the final bit is “we’re finding that the floor of the ocean suggests that there wasn’t as much water then.”
Do tell. The last Ice Age and its aftermath are some of the most thoroughly documented events in geomorphology. Please.
Also throwing around the term “advanced civilizations.” Like, yes they got exceptionally good at astronomical observations and became amazing at dry masonry. 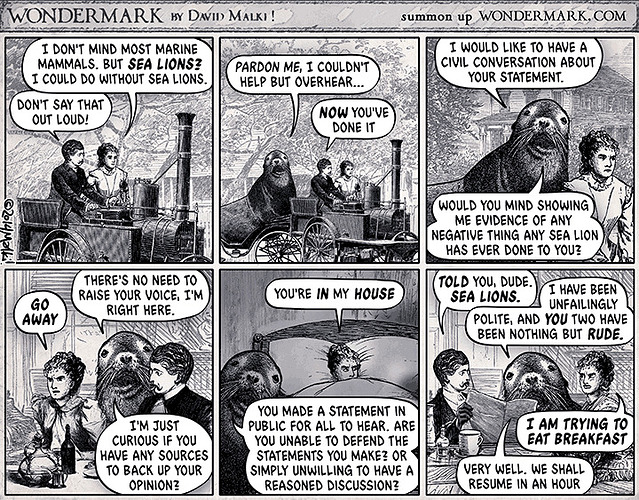 When we are presented with mutilple hypotheses that are making the same predictions, you should prefer the hypothesis that makes the fewest assumptions.

The Razor is also to be used primarily on things that have passed rigorous study. “We had a civilization that taught everything to everyone and it was older than everything and left no records so that’s how everyone knew these things” is NOT held up to rigorous study, so Occam’s Razor doesn’t apply to hypotheses that come out of that assumption.

All these ancient aliens, ancient civilizations, etc shows do is parrot the same old tired hidden racism, that namely, there’s no way non-white non-roman based cultures could DO this stuff.

And commonly, the idea is that something shifted tectonic plates,

Those happen in geological time, far too slow to interact with humans even over historical eras, except through events like earthquakes, volcanoes, or a rift valley completing the last mile to a body of water.

This never happens: Tribe goes on walkabout, returns home to find the kingdom isn’t where they parked it.

I get the feeling that they’re hiding some Velikovsky behind the sofa.

Weirdly, my brain read all that in valley-speak.

“Whoa dude, prediluvian and antediluvian are actually the same thing.”

Like, yes they got exceptionally good at astronomical observations and became amazing at dry masonry.

What the people really want to say behind these shows is “But how could they do it, they’re not white european cultures! They had to have had help!” 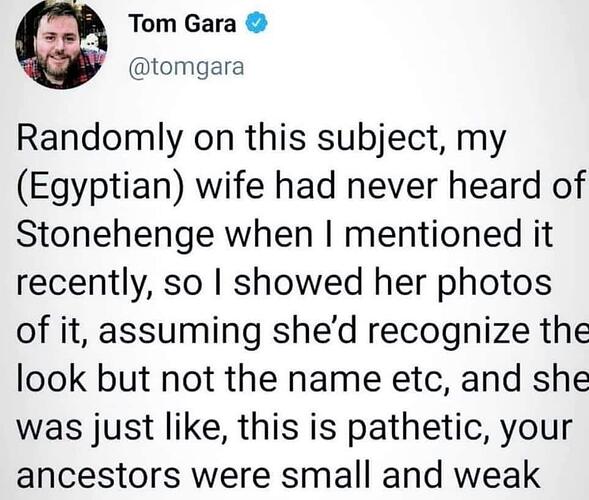