How did anyone think that would work??

That’s some serious internal decay of capabilities going on in FB.

The Zuck is working on it, give him until the next General Election in the USA. PLEASE!

If this worked why would people look at their news feeds? It is financially beneficial to FB to drive any traffic to their platform, even when its lies that will hurt democracy in their country and show (again) what a horrible job FB does at administering FB.

There’s no answer to people believing politically ruinous things that doesn’t rhyme with ‘police state.’ I’ve talked to a reasonable number of people that are politically… heterodox, let’s say for sake of charity, and being told by Facebook that their preferred story is not true does not help. Having it be explicitly censored tells them it is certainly true. Having some Important Person militate against it on TV functions as a testament to its veracity.

Using half-baked AI? Pffft. That’s just comedy and not just for them, either.

I think it is in the long-term interest of FB to sort it out because the status quo is untenable. Once Trump is gone and adults start caring for national security again, it will result in something like an expansion of FCC’s authority, mandatory disclosures of advertising clients and other forms of monitoring unless the issue is satisfactorily resolved. A situation in which a major national medium serves as a defacto open propaganda backdoor to foreign powers and interests will not be tolerated. 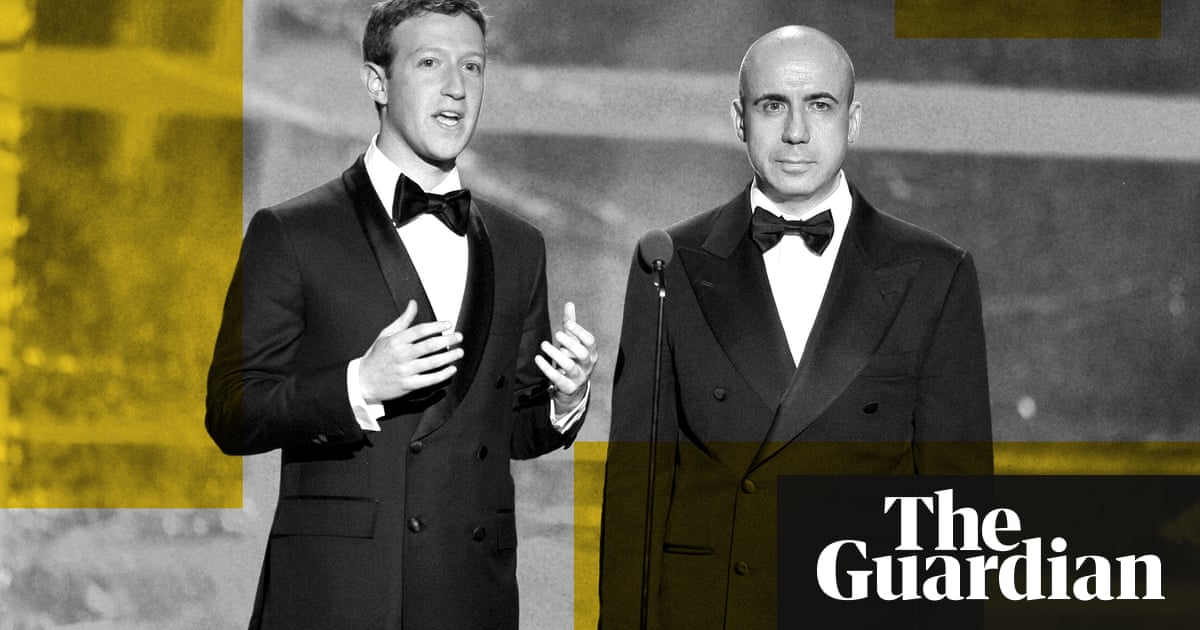 You know, kids, back in my day we had a solution to the very same problem. We called it “respected journalism.” Of course, that had its flaws too, but it was much harder to just make stuff up.

This is why Facebook eliminated news curation in 2015: A user would come to Facebook for “news” – and thus see, and maybe click on, the advertisements – if the “news” was keyed to the user’s preexisting beliefs, not any objective measure of fact, truth, relevance, or quality.

The beauty of the Trump/Putin media strategy is that you don’t have to actually prove the media are factually wrong; you just have to question the existence and relevance of facts at all. When objective reality is in question, no one is correct, and therefore people choose to believe the person who makes them feel the most comfortable.

), but I am not convinced it is as much of a silver bullet as I previously thought. It’s not just ignorance that leads to believing things that just aren’t true, instead believing in damaging untruths[1] can happen even when they are something universally accepted based on a single compelling narrative that satisfies an emotional need[2].

So, no, I don’t think classes would help as much as I would like. The elimination of the emotional needs would be best. Of course, to eliminate those needs you’d need universal eudamonia and if you have that, you no longer have problems, so… *helpless shrug*

Some cocktail of knowing more things and enabling a better life for everyone seems called for. Tall order. Certainly a lot more than a half-baked bot.

[1] And I’ll place anti-vaccination stuff above even damaging political views, because unleashing a viral epidemic could be an extinction-level event.
[2] Your child isn’t autistic because a certain percentage of humans are and it is a uncaring and cold Universe in which bad things Just Happen, but because $REASON.

I think it’s more like “we’re trying to look like we’re doing something, but we’re not trying too hard, because we’re so tied up with and in bed with so many bad actors (foreign governments, awful media organizations, terrible ad companies) that we literally can’t make any serious reform moves without getting ourselves in trouble”.

I swear, it’s like they’re actively trying to get social media regulated by law, because that’s exactly how you get there. I’m already hearing rumbles about this, that Dems want to slap these companies pretty hard as soon as they get back into power because of how they contributed to the 2016 debacle and how they’re continuously refusing to do anything meaningful to fix it.

The thing Facebook will never understand is that their smartest algorithm is still dumber than the dumbest Nazi.

Maybe. But this algorithm depended on the opinion of Nazis, so you can hardly consider it smart.

Samantha Bee did a bit about Norway’s efforts to stop fake news and I did some reading about it after. It seems like they have had a lot of success. The issue is that “public education” piece isn’t education about the specific fake new story you want to counter. In fact, trying to counter a specific story can reinforce it because you repeat the story.

The Americanization of Mental Illness

In recent years, American ideas about psychiatric disorders have spread around the globe. Is that really good for the world’s mental health?

about how mental illness manifests differently in different cultures. In it, a medical historian is quoted as saying:

“We might think of the culture as possessing a ‘symptom repertoire’ — a range of physical symptoms available to the unconscious mind for the physical expression of psychological conflict,”

I think it’s very American to deal with intolerable emotions by engaging in conspiracy theories (or by shooting other people). In other places people will do other things.

So maybe Norway had a lot of luck with their program because people there who are distressed act out on it in a different way. Maybe distressed people are more likely to move towards others (seeking support, or even becoming problematically dependent) to move away from others (engaging in fantasies about being a lone hero or part of an oppressed minority, or being uniquely gifted with the truth). Maybe more people get depressed and fewer people endanger their children’s health. (I just checked, America’s MMR vaccination rate is under 92% and Norway’s is over 95%)

So maybe “public education” is understating it. It’s more like culture change. But I don’t think it’s a human-nature problem, and so I disagree that every answer “rhyme[s] with police state.” Actually, I think America is clearly one of the most police-state-ish of all the developed nations, and I think that’s probably part of the problem rather than a possible solution to it.

I’m starting to see a pattern in Facebook’s “solutions”: