Not only was nothing of value lost, something of value was affirmed. Words matter and truth isn’t whatever the GQP wants it to be.

“OK What’s the least risk to the business interest here? I know, let’s punt! It’ll keep the anti-trust threats away for now, and give right-side crazies hope that their messiah may return. A couple of business quarters of indecision it is. All agreed! Now …money fight!”

I find that a rather odd turn of phrase. Another example of verb/preposition accepted agreement convention-breaking?

I usually cringe at or about something, or cringe somewhere or somewhen (‘I cringed in the corner’, ‘I cringed when I read this’) but have never cringed from something, certainly not in the sense of ‘stepped back from’. But seeing as Facebook is cringeworthy in almost every respect imaginable, I guess a pass is in order.

And I bet some Facebook execs cringed when they read that conclusion from the Oversight Board.

It seems like the way we use the word “cringe” is actively evolving, but this use is in line with the definition Google just gave me:

bend one’s head and body in fear or in a servile manner.

“he cringed away from the blow”

Good on them for upholding the ban AND holding the feet of those milquetoast managers to the fire to make enforcement activities clear and consistent.

In other news, Facebook has an Oversight Board!
But who are they accountable to?

If deplatforming a user for leading a violent coup against the Federal Government is a “disproportionate” response then it’s hard to imagine what would justify a permanent ban.

the pressure is on for Facebook to actually have rules that are applied consistently and fairly, instead of vague, arbitrary policies that serve only the most immediate corporate priorities and make everything bad for everyone.

Yeah, that’s not going to happen as long as Zuckerberg controls the majority of voting shares.

Nothing sweeter than he is the creator of his own demise. Very special.

The stuff about Facebook’s “oversight board”, like it’s the fuckin UN Security Council, for some reason makes me think of when the cat and dog in the Simpsons are starved of attention and eventually walk into the room on their hind legs and say “wE loVe yYouu” in a gurgling parody of human speech

Facebook cosplaying as a real civic institution only underlines just how shittily suited it is to being one.

I have to say I’m not exactly happy with the new Facebook rules. Here’s some example of warning me and my friends got:

In all of these you get the chance to appelate, but you don’t get to explain the context, only to mark it for re-revision (which invariably confirms it, indeed, was worthy of ban). You also don’t get why it was marked - you can suspect why, but get no confirmation. Context is never taken into account and for some reason the retrospective flags count as if they were recent (a friend got instabanned because one post and two retrospects). They also don’t seem to take into account if it was a post limited in scope (ie: for friends only).

This increased filtering started roughly after the assault on congress and made some of us stop posting, mostly because foolisly we have things linked to our facebook accounts or we have friends that are unable or unwilling to use other platforms.

I’m not exactly happy with the new Facebook rules

So don’t play the game then. I can’t believe how many people feel unable to leave Facebook. It ain’t good for you, man!

Facebook cosplaying as a real civic institution only underlines just how shittily suited it is to being one.

Plus it is just a meat shield so zuck doesn’t have to take the direct heat for decisions made.

The Oversight Board is a body that makes consequential precedential content moderation decisions on the social media platforms Facebook and Instagram. Facebook CEO Mark Zuckerberg approved the creation of the board in November 2018, shortly after a meeting with Harvard Law School professor Noah Feldman, who had proposed the creation of a quasi-judiciary on Facebook. Zuckerberg originally described it as a kind of "Supreme Court", given its role in settlement, negotiation, and mediation, includ

And here’s an insider’s view: 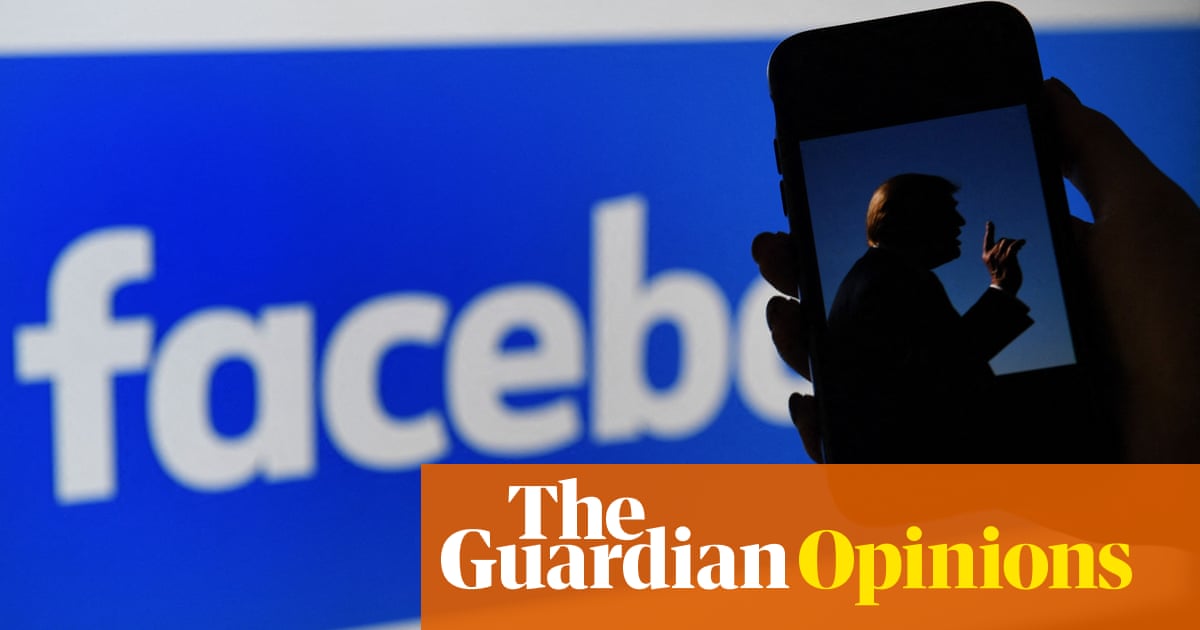 I am a member of Facebook’s oversight board. Here’s why we decided to continue his suspension from Facebook

this is one weird circus they’re putting on

Would it matter? Did he ever post anything to Facebook? I was told #DeleteFacebook was trending on Twitter today, which I find hilarious since this verdict means Facebook needs to justify the decision which could lead for him to return. All while people complain on Twitter—the platform he used the most and still has an indefinite ban on.

Yes, thousands of posts within his last year alone. Nearly a billion likes and shares. Arguably a broader problem than Twitter, because Twitter has a vastly smaller audience. I think the distinction from Twitter is that it may not have been him personally, but his campaign… it produced constant misinformation.