Federal judge in Texas rules that anti-HIV drugs are unconstitutional

Not surprisingly, this death-cult xtianist in judicial robes was nominated to the federal bench by Prince Bush.

So, if I get sufficiently emotional about the importance of faith healing can I make it unconstitutional for the ACA to mandate anything?

Dont be silly. Only Christian beliefs are legit beliefs

And only corporations are allowed to have deeply held beliefs.

Until the Church can routinely cure diseases these fuck-wits can shut the fuck up and stay out of Medicare.

I’m still hoping for a hardcore Christian Scientist to argue that they don’t have to give health insurance of any kind and see the twisted logic they use to justify forcing them to do it.

The problem with this ruling goes way beyond the so-called “religious liberty” that was part of the Hobby Lobby decision. 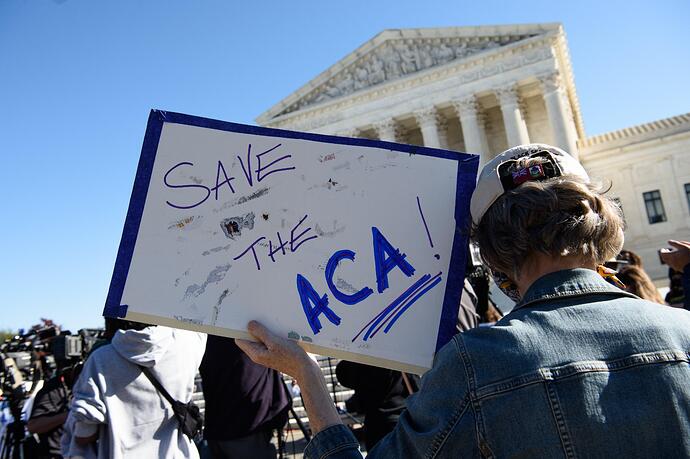 An anti-gay attack on the Affordable Care Act could end in grievous harm to millions of Americans.

There’s a major difference between this case and Hobby Lobby that O’Connor ignores, and which renders his analysis deeply suspect. In Hobby Lobby, the employer objected to contraception itself, because, they believed, it destroys an embryo. (It actually doesn’t.) In this case, the employers do not object to the way PrEP works. They don’t care that PrEP blocks the enzyme that HIV needs to replicate; they do not believe this mechanism is immoral. Rather, these employers think that letting their workers access PrEP will “facilitate and encourage” gay sex, and that complicity burdens their religion.

Didn’t Malcolm X once have a sincerely-held religious belief that white people were literal devils? Because it would be plainly unconstitutional to force any individual or business to fund healthcare for the actual spawn of Satan (or Yakub, to be precise).

I wonder how Nation of Islam’s merger with Scientology is going? Talk about a culture-clash! (At least they have UFOs and grift in common.)

Yet another reason why we should switch to a single-payer healthcare system so one’s ability to receive medical care isn’t based on employment status.

Also, wasn’t one of the traits that set Jesus apart from his contemporaries the fact that he DIDN’T think people who committed some kind of sexual impropriety should be condemned to death?

Easy! As any believer will have a blissful eternity in Heaven™, and all worldly suffering is righteous in the eyes of God and may indeed grant said entry (depending on your particular brand of christianity), any action by the state to prevent such suffering is intrinsically in violation of the religious freedoms of christians.

This ruling is, in my opinion, terrible, but that doesn’t justify a headline that is just wrong. The drugs themselves are not unconstitutional or illegal. The drugs can still be made, sold, bought, and taken. The ruling just says the government can’t mandate that insurance companies cover them. Which, again, is bullshit, but is very different than ruling that the drugs themselves are unconstitutional

With what drugs cost in America, same difference.

That’s why I say it’s still bullshit, but it’s still not the same thing.

Not sure what relevance that has to this conversation, since he was most certainly not in a position to shape the SC in anyway. And it’s clear that the way the constitution is being interpreted is pretty much doing the opposite of what the establishment clause says should not happen - which is establish a state religion.

The ruling just says the government can’t mandate that insurance companies cover them.

It does, and to BoingBoing’s credit, this is the headline on the linked video as well, but I’m seeing all kinds of nonsense posts over social media because of the bs headline on the video. I’m not mad at BoingBoing, just frustrated because stories like this remind me that 95% of people can’t be bothered to actually read a whole article or watch a 2 minute video, and just take their information from the headlines.

but I’m seeing all kinds of nonsense posts over social media because of the bs headline on the video.

You’d see all kinds of nonsense over social media no matter what the headline read because there are people who hate this place, want to see it burn the ground, and would find some other way to be critical of it…It doesn’t matter how perfectly correct headline would be, someone on social media would find a way to criticize that “woke nonsense”!

Have you not paid attention to how this shit works on social media? It’s a massive echo-chamber that is full of people arguing in bad faith. If we did everything on line just to make sure that people on social media didn’t criticize us, no one of good faith would ever post something online again, because there is no stopping that wall of shit from doing shitty things. If you want to spend your online time walking on egg shells to try and avoid triggering the assholes on social media, then be my guest. That just ain’t gonna happen, though.

TLDR - they don’t need ammunition, they have an agenda.

What if my Christian beliefs are also Scientific?

They will argue that their health insurance consists of paying some people to pray for you! It won’t be all that effective as you don’t believe, but they will do their best for you.

With what drugs cost in America, same difference.