Nah, they can’t do that… the debt is denominated in US dollars and US dollars is what they’ll get. That’s the point of having control of your sovereign currency. If they don’t like it, what are they going to do about it?

Do you think that if the US dollar crashed they’d still pay the same amount? No adjustment for devaluation? I think not.
“for the US at least, the government has the guns”
China has a far bigger army and a lot more infrastructure to throw at the problem than the US, which has practically bankrupted itself with all its foreign shenanigans.

Oh for the love of monkeys, china holds $1.2 trillion. Do you really think they would go to war over that? And the vast majority of our debt is owed to ourselves. 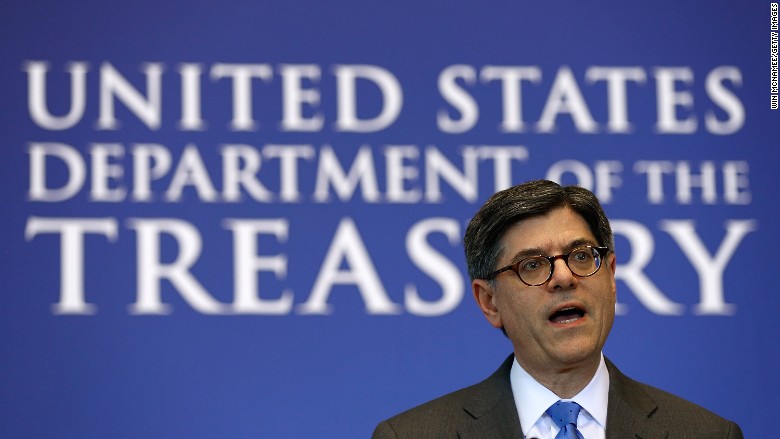 We could print $1.2 trillion, hand it over to china, shake hands, and our currency would be devalued by a nickel.

That was a flippant response to the post that “for the US at least, the government has the guns”.
I hardly expect it to happen.
Not soon anyway.

our currency would be devalued by a nickel.

Is that an actual figure based on economics or just a hat-pull?

Ten percent of our debt, factor in goodwill, so yeah it is one of my famous guesses but I would expect about a 5% devaluation. (So a nickel per dollar, not a single nickel :D)

(Eta which would be painful, but not devastating)

This a bad idea to wade into this argument, but the reason these rules are different is the scale of economy. If the US needed to reduce its debt, it would raise taxes. Right now, the US has some of the lowest tax rates compared to any other developed country. What’s more, this is a ratio in comparison with our GDP. our GDP is around 17 trillion right now. In other words, we’re making 4 trillion more as a country compared to our debt.

I think it’s more along the lines of being given the rights to mine in exchange for roads and infrastructure. But I really would like to know how China or state investor is going to call note due. It seems far fetched and farcical to think Chinese investors will show up in Greece demanding land or some such.

I don’t think I implied China would be ‘sending da boys’ over to Greece. I was referring to the US.
But you’re right,it would likely be an infrastructure exchange.

I highly doubt that as well. How can private investors in private companies come and take public infrastructure? That kind of thinking kinda smells like dead fox to me.

Of course they would. They have to, that’s the point of interest payments on loans. You take a risk that you come out ahead and if you don’t, well, shit happened, don’t make the same mistake again (which is why quantitative easing has the potential to fuck everyone over).

How can private investors in private companies come and take public infrastructure?

To be fair, that happens all the time as Governments sell off railways, Post-Offices, Health Services etc.
That’s probably a different sort of fox though.

Is that true? I’m no economist, so am only guessing, but I thought that adjustments for devaluation and inflation would be a factor.

When has the U.S. sold a railway to settle the debt of a private company? A post office? Anything?

My translation of DIE ZEIT’s interview with Thomas Piketty is now hosted by TheWire.in. Read it here.

* Yes, yes, that’s a horrible simplism on my part, done purely for the LOLs.

Since I posted, this translation of a German newspaper article has been taken down, pending discussions of fair-use and how German’s don’t owe anybody anything, and it’s all those lazy Greeks’ fault that there’s so much internet piracy, or sumpin.

Here’s a google auto-translation, in the meantime.

I was referring to the British Government selling off public infrastructure. Was it to pay off public debt? Hmm. That’s harder to answer as the money goes to coffers rather than directly to creditors.
Hence the ‘different fox’.

It isn’t really an either/or: Greece is definitely not going to walk away unscathed from this; but the eurozone is…not exactly…looking on top of their game right now. It’s not exactly news that Greece entered the euro using fudged numbers; and the conclusion is either that the eurozone is monumentally incompetent at due diligence, or that when the Greeks pretended to be eligible, the eurozone pretended to believe them. Neither says good things about how the books are being kept, what other surprises may be waiting in the wings; or even there being some sort of cogent plan in mind.

I don’t know how they got started, or exactly how they reached this point; but Greece definitely blew past the ‘this loan is a problem for the debtor’ and well into ‘this loan is a problem for the lender’ territory. And, disconcertingly, the lender doesn’t seem to have much idea of what the endgame is; and apparently nobody even thought to write up a hypothetical treatise upon exiting the euro; so if it comes to that they’ll quite literally be making it up as they go along. Not confidence inspiring.

Greece actually cooked the books before joining so the true debt did not become apparent until later, although the ECB bankers share the blame as they looked the other way. Greece should never have been allowed to join the Euro. Once they joined they spent too much, because they had EU backing, and quite frankly were top heavy in gov’t jobs with cushy retirement (mid 50s) etc. A Greek friend of mine mentioned that many of those retirees got other jobs and continued to collect. There is also a culture of not paying taxes so you’d have professionals like doctors and dentists declaring less income than labourers.

Unfortunately while the EU is a good thing for Europe, there is a problem with having a shared currency but not a shared government that can pass laws and collect taxes. Europe also has a different mix of economies. So Greece and say Portugal have different productivity level than the northern economies. That was never really accounted for in the single currency scheme. As well as planning for an exit. It is the Eagles plan - “you can check out any time you like but you can never leave”

Also any country that wants to join in the future must accept the EURO because all the other members vote - and many members such as Spain insist on it.

So it is one thing to say that a debt is not a guarantee - however if the debtor fails to pay, it will not only hurt European taxpayers it will definitely hurt Greece even more.

There is already capital flight and brain drain. People in higher paying IT jobs for instance are getting out of Greece. Investment will be a lot harder to attract. In the end the real lessons here are more stringent banking rules.

Yes - no one thought of an exit, but they also did not think of the fundamental problem of a single multi-state currency and that is no central government passing laws and collecting taxes.
Unfortunately joining the single currency means giving up some sovereignty and you can’t have it both ways.

Make sure you all read Yanis Varoufafis’s article in Jacobin, eh?

Oh, and read “The Case for Reparations” while you’re at it.

The devil IS in the details.

The original post completely misses the point: it’s not about the existing loans, but the conditions under which any more loans are made.

The Greeks are free to turn down the terms of the the new loans. In fact, they just did. So the Creditors are being responsible: they are exercising their responsibility to not make any more bad loans.

But, by this argument, the Creditors are NOT responsible for what is about to happen to Greece: the loss of the ability to finance the food and fuel imports that allow Greek citizens to have a first world lifestyle.

Greece has no money. Greece has no access to credit. They have a tourism-based economy with a tiny industrial base and an educational system that mostly exports their best and brightest.

The Germans were willing to extend a lifeline, albeit a costly one. Instead, the Greeks chose