Classism is the true root of most of society’s ills, IMO.

So, um…no generation corners the market on dickheads?
Who then, praytell, will I tell to get off my lawn?

These people, they don’t seem to want to be a part of anything, these slackers. They hangin’ around, bleary eyed, messing’ up the downtown area on their skateboards, ripped jeans. I don’t know. Don’t dislike 'em, just don’t want 'em. The whole solution to this Generation-X problem: round 'em up, put 'em on buses, send 'em up to Seattle, build a border around Seattle Washington.

Ignoring the class and racial compositions of each generation is dumb.

So now Millennials are killing generations, too?

I don’t believe either Greenspan or Rubin count as 1 per cent.

seriously. Ask 90% of people in non western countries if they recognize as millennial, or boomer or whatever and you will probably get some confused responses.

Any crisis of any kind, will seem more bearable if there is somone who can be blamed for it. It makes no difference at all if the blame is justified or not.

The article makes many valid points. However, when it comes to generational resentment the issue re: influential American Boomers is not one of blame (plenty of that to go around from the Silents all the way up to some Xers) but rather their insistence on continuing to operate as if the economy and political atmosphere are still those of 1996.

There’s a real reluctance on the part of white Boomer politicians and pundits (who currently set the agenda due to their numbers and age) to admit that the postwar economic anomaly enjoyed mainly by them, and to a smaller degree by Silents and Xers, ended at some point between April of 2000 and October of 2007. Only one candidate in the 2016 Presidential primaries dared to and wanted to tell the truth about this, and he was a crabby old Silent. Everyone else was either in denial about growing inequality and the broken and corrupt state of late-stage capitalism or was actively working to increase them.

We’re just going to have to wait until Millenials start supplanting the Boomers in political office before we start seeing substantive changes – whether they’re conservative or liberal, they’ll be emerging into their 30s and 40s with very different experiences and assumptions than those of older people.

whether they’re conservative or liberal, they’ll be emerging into their 30s and 40s with very different experiences and assumptions than those of older people.

We already are, the earliest millennials are not far from 40 now. Gen Z/Homeland Generation/whatever they are calling it is nearly over, never mind the millennial generation.

Keep people focussed on every division you can think of. Get 50% of the population to blame 49% for being different to them, get them comparing every little difference between each other, and concentrating on every possible difference in status between them and their neighbours, and none of them will notice as the actual elite 1% walk off with all the wealth and power.

The sad thing is, society as a whole keeps falling for it.

Yet - when one encourages people to be more deliberate about how they measure wealth in the first place, they complain. Or attack you for reminding them. Stockholm syndrome is a condition that causes hostages to develop a psychological alliance with their captors as a survival strategy during captivity. These feelings, resulting from a bond formed between captor and captives during intimate time spent together, are generally considered irrational in light of the danger or risk endured by the victims. Generally speaking, Stockholm syndrome consists of "strong emotional ties that develop between two persons where one person intermittently harasse It...

Classism is certainly an issue, and I well remember the “slacker” label for GenX. On the other hand, there really do seem to be waves of public action that come and go, although whether or not these are really due to generations or just external events is another issue. There is a reason why the current wave of protests are compared to those of the 1960s – there really wasn’t this degree of public protest in the heyday of the GenX “slacker” era. Sure, there were small protests over the first Gulf War in 1991, and so on, but there was much more of a defeatist attitude that such things were futile than today (or presumably in the 1960s).

there really wasn’t this degree of public protest in the heyday of the GenX “slacker” era. Sure, there were small protests over the first Gulf War in 1991 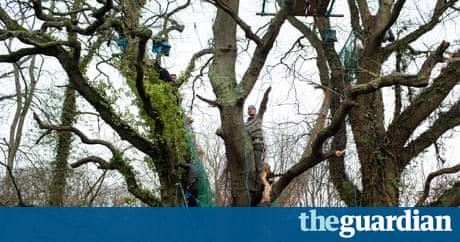 Can today's eco-warriors recapture the ferocious energy of the 1990s anti-roads protests? As a huge road-building programme gears up, a new wave of activists are taking up the fight The poll tax riots were a series of riots in British towns and cities during protests against the poll tax (officially known as the "Community Charge"), introduced by the Conservative government of Prime Minister Margaret Thatcher. The largest protest occurred in central London on Saturday, 31 March 1990, shortly before the tax was due to come into force in England and Wales. The advent of the poll tax was due to an effort to alter the way the tax system was used to fund local government in Bri...

In the 1990s, protesters criticised the company's environmental record, particularly the possible pollution caused by the proposed disposal of the Brent Spar platform into the North Sea. Despite support from the UK government, Shell reversed the decision under public pressure but maintained that sinking the platform would have been environmentally better. Shell subsequently published an unequivocal commitment to sustainable development, supported by executive speeches reinforcing this commit

I could go on and on.

Basically every generation gets compared to the 1960’s. I think that’s because most of the editors were either young journalists or students in the 60’s, so that’s what they know.

Before that it was the post-war generation that things got referred to, before that the Jacobins and the Luddites.

Well, the 1989 protests in Eastern Europe were really a different sort of thing than Western protests. They really were revolutions – in Romania, even leading up to the execution of their deposed leader and his wife. As for the rest, compare the size of the protests to the mega-protests of today or the 1960s – in one of the articles you quote they mention 5,000 people. That seems about right for the size of “big protests” of the 1990s.

A lot of that is down to not having all that much to protest about, the 90s and early 2000s were a pretty prosperous time for most in the west. Even today, things are far more prosperous than they were in the 60s, and not just in the west, but worldwide.