Google loses interest in things that aren’t directly contributing to its ad business, data processing, and data collection (and the last two only because they target more ads). Last quarter advertising (Adwords) was 87% of profits. Everything else is noise.

That leaves GMail, Search, Docs, DeepMind, Android, Maps, Cloud, YouTube… which they’re okay with even if they’re losing money because they’re collecting exploitable data (like Maps) even if making no real money (Docs).

So the challenge for Stadia is how they can keep Google from getting bored with them - either by delivering ads or delivering enough exploitable new data, maybe through livestreams, poaching some of YouTube’s traffic.

I’m not entirely sure what market they’re trying to fill here. The gaming market is already incredibly crowded and over-optimized, that anyone looking for any particular gaming experience can get what they want fairly easily (at least those willing / able to pay subscriptions and high speed internet). Is this supposed to be supported by the notion that people want more portable / subscription-based games? The former is packed to the brim with the likes of Nintendo Switch, Steam, iOS, etc. Who wants the latter when there are numerous budget games available on Steam? Perhaps they’re trying to get the hard-core gamer that doesn’t want to spend ~1k+ on a serious rig? But is there a real advantage over buying a console other than you can use this on a laptop? And we’re not even talking yet about game libraries.

I don’t hate the idea of streaming games but it does make me extremely apprehensive. Publishers would have much more control over your game, not that you truly ever own anything these days but it would be even less so now since the game would 100% live on their service. They would also have more of an excuse to get you to jump in on game service subscriptions which is not something i’d be terribly interested in.

They could create a multiplayer game with no cheating. That might be worth something.

I remember this same kind of talk a decade ago when OnLive tried it. Several companies have tried it and it never works. If nothing else, basic physics gets in the way. The MAJOR disadvantage here is that it’s Google, and now that it’s announced, it’s not the new shiny anymore so the talented people at Google can’t afford to care about it anymore.

This isn’t just bad because it’s technically inadequate. It would be disastrous even if the latency was better than home rigs, because it represents the death of diy gaming.

Imagine the most restrictive console, one which prohibits homebrew creations, mods, or unsanctioned user content of any kind. Imagine that its graphics processing far exceeds anything else you could hope to buy, making it far and away the best platform for modern games to target. Then imagine that it’s impossible to jailbreak this console to remove the restrictions, because it’s physically outside your control. Imagine content or whole titles disappearing from this console irretrievably after the fact because of a decision by a publisher. This is what Google wants all our gaming experiences to be.

i was a part of the beta testing for stadia, and i was surprised at how well it worked, even on my crappy comcast connection. sometimes on wireless it would pixelate during graphically intensive fights or if someone else was using the internet, but as soon as i plugged into the router it was smooth as butter. there wasn’t really a noticable lag. even though i just built a new gaming pc, i might still go the stadia route for some things in order to be able to game from any computer/phone/smart fridge that happened to be around. it really depends on the pricing.

AR doesn’t need to involve much in the way of Internet. For example a mapping app overlaying an AR representation of a route needs no more internet access/performance than a normal mapping app (i.e. could be entirely offline, or without client side storage does OK on today’s cell networks). I have a bunch of VR playstation games that use basically (or actually) zero internet access…

Now that said, while I think your examples weren’t great, lots of things need more reliable high bandwidth then most of the USA has (streaming HDTV is marginal in a lot of places, 4K isn’t really doable in many more). Lots of things would be better with lower latency.

So yeah, we could use more deployment of existing high speed internet technologies, and/or better ones (as always that last mile is expensive!)

They are trying to build a Twitch competitor with built in games that is watched through YouTube. There is a highly lucrative market through advertising on streams and skimming a percentage off payments to content creators.

And they have an army of “influencers” they can promise an ad revenue bump to if they shill Stadia hard.

But hey if those revenues fund laying Google fiber infrastructure in my area I’ll sign up for Stadia today.

And we’re not even talking yet about game libraries.

Funny thing is, if Google threw their hat into the ring with and Ouya-like device, I would say they have a shot at making a go of it.

there wasn’t really a noticable lag.

Then again. HFT systems did solve the latency issue. It is expensive and arcane, renting point to point microwave links for hundreds of miles.

Yes! We can have beautiful and complex worlds that we traverse at rates more akin to the real world. There’s so much scope when it’s all in the cloud to dramatically change the experience.

you have no practical reason to bash it

Indeed. We should celebrate it over on our Google Plus pages.

Games are designed to favor the players already. Games which don’t tend to be annoying or boring to play.

Sony already has a cloud-based game streaming service called Playstation Now, which is essentially similar to this Google thing. That is, it renders the games on a server somewhere and streams the game to you as video.

I tried out the demo version once using my 100 Mbit, 3 millisecond ping fiber internet. Just in case these numbers don’t mean anything to you, 3 ms ping is very good. The game console was hardwired into gigabit Ethernet as well, of course.

It… worked. I guess. I tried a Tomb Raider game that wasn’t very twitchy, and while the controls were noticeably laggy, they were tolerable. The connection crapped out a few times per hour, so it was a good thing it was a single player game and they paused it automatically.

There are games this will work OK with, but it’s certainly going to be flaky. Especially once your ISP downrates the stream and intentionally introduces packet loss and jitter to push you to whatever service they own or received the best bribe from.

I moved everything over to The Old Reader, and while it’s nice, it doesn’t quite feel right.

Will it run Fortnite successfully? If yes, it can be a huge success.

However, the problem with latency isn’t getting all the players to run at the speed of the slowest. It is that more than a few milliseconds of lag between pressing a button and seeing the result on screen starts makes the game frustrating.

Suppose you’ve got players on the east and west coasts in your game, there’s about 3,000 miles gap. Even if the game they are playing is running on a data centre in the middle, say Kansas City, the signals still take over a 100th of a second to get there and back.

Even Google will never find a way to avoid the speed of light.

I don’t know if this would kill modding. I mean, modding is free content for the game manufacturer. A good modding community can keep people interested in and buying a game for years. The only real danger for the IP holder is that modders might make stuff that the owner would prefer to be available as DLC

Certainly on Steam, the workshop makes it easier for people to share mods and to keep them up to date.

Having said that, I can easily imagine some arsehole executive screwing the whole thing up. If the internet has proven anything, it is that people with deep pockets and no poetry in their souls can make a pigs ear out of anything.

Dark Souls seems to have a large and loyal fanbase; and that certainly doesn’t favour the player. 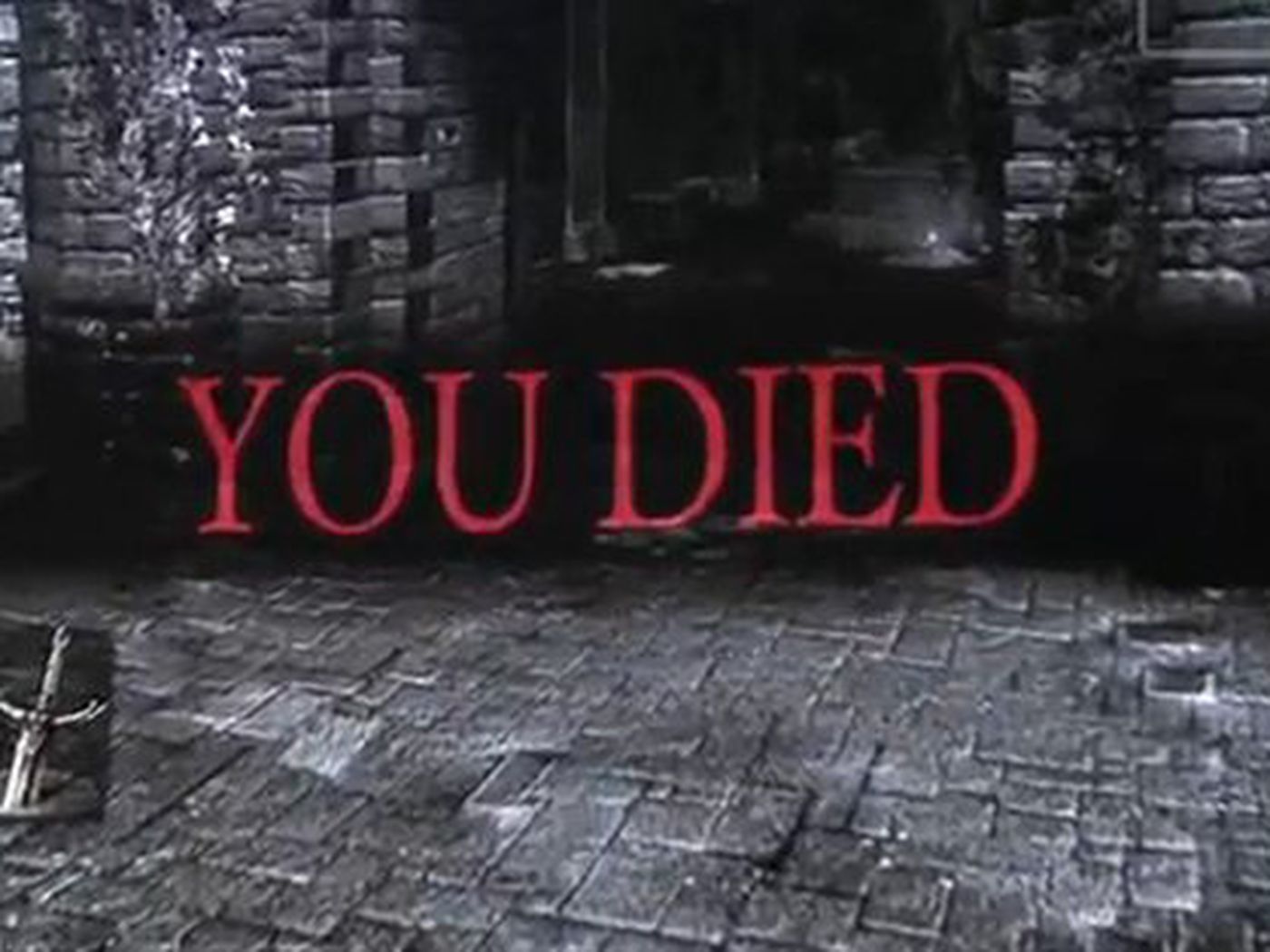 Best, most insightful comment I’ve seen about this, and summarises wot I think, but haven’t been able to put quite so succinctly.