Google to shut down Stadia, its streaming game service

Google’s services will never gain dominance because they always start something promising, give up on it pretty quickly, and then shut it down. Who wants to commit to anything they put forth?

I think this surprised no one, given the latency issue.

I’m happy to see that they’re going to refund purchases of hardware and games from the google play store. I tried it and wasn’t that impressed. They pretty much had the same games offered by every other similar service. The controller is kind of bulky in my opinion.

Also Stadia was a terrible idea. Streaming game services may never work. With current infrastructure they can never be a great experience except with a very limited genre of games. It’s a fundamentally technically flawed premise. Services like this come and go every few years because people keep thinking it’s a good idea.

People don’t seem to know their history when they start companies like this. At least ten steaming game companies have come and gone in the last 20 years. Guess what? You can’t clever your way around triple-digit latency. Physics laughs at your VC Funding and Mission Statement.

I bought into the dream. A fool and his money…

I sure hope they migrate their controllers to bluetooth (local) controller service…and maybe to serve as a hardware auth. key.

Oh, who could have seen it coming? swoon, hand on head 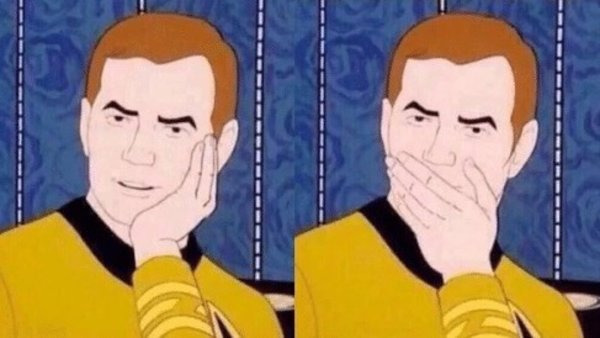 You can’t clever your way around triple-digit latency

Unless the Bell System makes a surprising comeback, and we all end up paying by the minute for circuit-switched broadband.

Which, now I’ve said it, is just cursed enough to actually happen.

Seems fitting: the only video game I had on stadia was Cyberpunk 2077

Streaming game services may never work. With current infrastructure they can never be a great experience except with a very limited genre of games.

I’ve been playing on an iPad in various AirBnbs. As long as someone wasn’t watching Netflix at the same time, it was pretty great.

Unfortunately such naysaying shows how it was an uphill battle to convince people, and they did a piss-poor job at marketing it.

Your one data point no doubt represents the experience of all the users? Because it sure doesn’t seem to.

Guess what? You can’t clever your way around triple-digit latency. Physics laughs at your VC Funding and Mission Statement.

Honestly I had stadia and played a ton of games on it on various devices. I have decent internet so never really had more than 30 or 40 msec latency if that to whatever data center was being used. Played numerous games through it having bought them. Pretty nice that they’re refunding all the money I spent on games there, as well as the hardware and chromecast… so it’s pretty much free and I got to play high quality graphics games on … well… low end machines.

Even grabbed my save games from Takeout.google.com and purchased one or two of the games I like, which, undoubtedly will end up being far less than I initially paid for them, and the save games just work.

Gosh, what a total lack of surprise. (Only surprised it took them this long, given the writing was on the wall, what, a year ago?) They really telegraphed they were going to do their usual thing - start a service, not support it, then dump it unceremoniously - when they begin shutting down the studios they bought/set up before they had even released a game. I assume something political happened at Google soon after this began and whoever was championing this suddenly ended up in a position where they no longer had the power to actually see it through. Or management is terminally indecisive.

It could work for specific types of games - e.g. anything that’s not trying to push 60fps of AAA graphics of a twitch-reflex game. Slower, less graphically busy games could work really well - but I don’t know if there’s a market for that, especially since the local hardware required to run those sorts of games is cheap. If anyone was going to pull it off, it would be Google, with all their servers, but I’m not sure they ever really tried here.

60fps of AAA graphics of a twitch-reflex game

If anyone was going to pull it off, it would be Google

The problem isn’t the servers, it’s the pipes, and no one company controls those. That’s why it may never work. All it takes is one poorly configured router in Podunk, Arkansas that your packets happen to run through and the experience will be terrible. As @bobtato alluded to above, this is a fundamental weakness of packet-switching as a technology. It is designed to be scalable and reliable, not predictable or fast. As bob says, the old circuit-switching standards like ATM actually could have done this, but those were a bad idea for many other reasons.

According to an email I got, they’re going to be giving refunds.

Google is offering a refund to Stadia users for Stadia hardware purchases (Stadia Controller, Stadia Founder’s Edition, Stadia Premiere Edition, or Play and Watch with Google TV Package) made on the Google Store, and game purchases and add-on purchases made on the Stadia Store. The refund process will take some time, but we expect to have the majority of refunds processed by January 18, 2023.