Is that another word for topology??

To get the cord into the initial state which allows this trick, though, one end or the other has to be passed under the furniture.

(I mean, if you’re starting from the typical case of a cord that just passes underneath some furniture once and then into the wall. You need it to pass under the same piece twice to be able to pull this trick off.)

Yes, but reversing it puts you back in the state from the beginning of the video - a cord which runs under the furniture twice with a loop around the bar. You can’t get between the end state (the cord is free) and the typical state (the cord passes under once and straight into the wall) without passing the plug under the bar.

“And what do we do with witches?” “Burn them!”
Damn, but I love old Monty Python.

Hnnn: do we all see how the starting state has a loop around the rack bar to start? (plug - under - loop back over - under - otherside) Would this trick be possible if it were just plug-under-otherside? 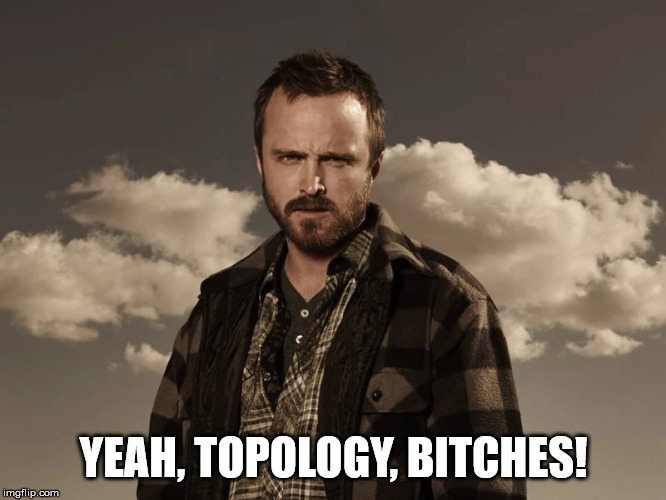 My cords do not typically enjoy such fortuitous initial conditions.

Is that another word for topology??

I’ve seen something like this in a Japanese wood and rope puzzle. I consider myself clever, but my mind just doesn’t work in twists like this.

To get the cord into the initial state which allows this trick, though, one end or the other has to be passed under the furniture.

Nope, she just passed a loop under, then created a single knot.
(Hint: The trick is her making it seem like a trick, it’s not!)

I know. That cactus could have pricked her fingers.

Yes, I could’ve worded that more clearly. What I mean is that this trick does not work in the typical real-world case where the cord just passes once underneath the bar. It needs already be looped around the bar in the right way.

Here’s a neat trick I use when the plug is trapped under furniture: I get my wire cutters and cut the plug end off, then pull the cord out from under the furniture. Then I go to Home Depot and buy a replacement plug end and bring it home and install it on the cut cord. And Bob’s your uncle–your cord is back at 100% untrappedness!

I swear I just saw a different video of this same “feat” on another site within the past week.