Here's how to sell your Garfield collection

Originally published at: Here's how to sell your Garfield collection | Boing Boing

This would be at-home on Adult Swim. It’s like a real life Tim and Erik sketch, but it just keeps going. One thing is for sure, don’t try to sell your Garfield collection on Mondays- am I right?.. anybody…

Garfield was carefully designed and it’s marketing well planned. Jim Davis controlled what and how long a item had Garfield’s likeness on it to maximize See It’s Not Just You: Garfield Is Not Meant to Be Funny . I can’t find the article or interview, but I swear that he also talked about how he thought the readers that liked Cathy would like Garfield.

I had a Garfield stuffed animal as a kid, and I now find it weird that I had such a slothful and lazy friend, though I wouldn’t trade those memories for virtually anything.

“First, how do you know if you have a high-value Garfield item? Or not?”

Is it a Garfield item?
If Yes, then the answer is Not.

This would be at-home on Adult Swim. It’s like a real life Tim and Erik sketch, but it just keeps going.

If you like that, I think you should leave with Tim Robinson’s “Garfield House” is a must, 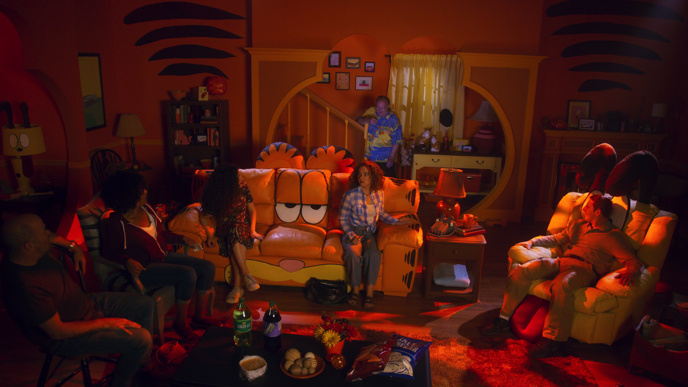 My God! It’s full of Garfield! 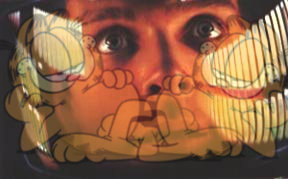 **Source:**Image made online at Photokit.com. Image of Dave from 2001 A Space Odyssey found at DVDTalk.com, Garfield image found at Wikipedia, Garfield (character)

Thank you. I didn’t know about that comedy show, and I also hadn’t ever thought about an inappropriate location for an intervention. And thanks to BoingBoing and at-least one curious mutant the Venn diagram that includes Garfield, Interventions, and BoingBoing is simply 3 overlayed circles.