I don’t know what the author’s talking about! Terry Riley’s in C has faded into obscurity? Stockhausen? In C still has recordings made of it to this day (it’s probably had more covers than the average Beatles song), and Stockhausen was extremely influential until his death a few years ago.

Hasn’t In C faded a bit from popular consciousness though? I get the impression that the average popular music fan of the '60s-'70s would have a good chance of being at least vaguely aware of Riley’s work (mostly due to certain popular artists mentioning it), while now you have to be more invested in avant-garde music to know of it.

Could be completely off base here as it was before my time, but that’s the impression I’ve gotten.

lemme clarify that, the average progressive popular music fan, but there used to be a lot more of those.

ZOMG!!! This looks amazing… how the recording industry present itself to the world is an important question, I think. I’m sure I’ll have more to say once I get a chance to read this.

That add always made me laugh… I also liked the Sire records advertisement for the Talking Heads, Ramones, and I think it was Blondie, saying “don’t call it punk”. It says so much about how the recording industry attempted to control the narrative about popular music.

Hmm… Not just Riley or Stockhausen: Ives and Varèse are still performed frequently, are arguably more famous, and they were both dead even before the ad came out.

So, I read through part 1 and can’t wait until part 2.

I was a bit disappointed in how so much music history in the WW2 era is kind of glossed over. V-Discs, the government record label that sent records to soldiers over seas, was I think the first large scale use of LPs, at least from what I’ve seen in my sources. I would wonder if how the albums were marketed to the soldiers (not that they were buying them, as they got them for free, but more in how they were packaged, etc) influenced the changes you saw starting with Sinatra. I’ve been arguing that it was the use of vinyl by V-discs that was decisive in the shift to vinyl (showed it was a proven format, with various advantages over shellac, but I’d bet that getting shellac was getting harder even after the end of the war, as it came from SE Asia, so certainly the decolonization process had an impact on the supply). Plus I wonder about the differences in marketing between domestic and the growing international market for American/British records in the postwar period? By the late 40s/early 50s, there was certainly a emphasis on releasing singles to a larger market, simultaneously.

Plus I wonder about the differences in marketing between domestic and the growing international market for American/British records in the postwar period?

As I understand it, for the most part there wasn’t lots of marketing on the part of the US/UK labels as much as enterprising immigrants/temporary workers in the US/UK realizing that they could supplement their income by sending US/UK records back to their home countries for sale. This was certainly the case in the Caribbean where for years import records were supplied this way or by merchant sailors returning from the US/UK.

Theres also the factor of the GIs that were still in Europe who supplied local demand through unofficial channels.

Eventually of course formal sales, distribution and licensing was put in place but still the marketing would have been local.

By the late 40s/early 50s, there was certainly a emphasis on releasing singles to a larger market, simultaneously.

I’m unaware of this, can you point me to books or websites on this?

I don’t know any websites, this was something I found in my own research… I think the citations were from Billboard, which you can actually view online now. Here is one citation for this: Bill Simon, “Victor Singles to Go International: Simultaneous Domestic-Foreign Unveiling Can Up Hit Sales to 5-Million Mark,” The Billboard, November 3, 1956, 17, 20. If you want to read the article, it’s up on google books…

This was certainly the case in the Caribbean where for years import records were supplied this way or by merchant sailors returning from the US/UK.

There is also Island Records, right, which begins operating the Caribbean in the early 60s? They were looking to address the market of Caribbean immigrants into the UK?

Theres also the factor of the GIs that were still in Europe who supplied local demand through unofficial channels.

Yes, I think this helped drive demand. For Jazz, demand already existed, and this was part of the reason people like Adam Clayton Powell pushed to use jazz for cultural diplomacy programs - because it was American and already popular. But my argument is that this helped shift the focus more to commercial music in general and helped to open up markets in Europe and elsewhere.

There is also Island Records, right, which begins operating the Caribbean in the early 60s? They were looking to address the market of Caribbean immigrants into the UK?

Island started out as a UK concern mostly trying to market “blues dance” records to white audiences. There were hundreds of caribbean labels which sold directly into the UK market or had established relationships with UK concerns. See “Bass Culture” by Lloyd Bradley, “Solid Foundation” by David Katz or “People Funny Boy” also by David Katz.

more to commercial music in general

How do you mean “commercial music”? As you say, Jazz already sold quite well in Europe.

I will add them to my list of books to read.

How do you mean “commercial music”? As you say, Jazz already sold quite well in Europe.

Mainly, this is music that is recorded and sold in a larger market place. I’m not arguing that US diplomacy introduced jazz, because that’s obviously not true, but that after the jazz tours went so well, diplomats turned more often to “commerical music”, including later rock, for cultural programming.

I’m remembering something about the CIA promoting Jazz as well but I’m away from my books and can’t look it up.

Well, as for the CIA, they did support the Congress of Cultural Freedom, supported modern art, and often worked with world’s fairs exhibits overseas - that’s probably the source of that connection. Jazz tended to be more closely connected with the State Department, because of VOA funding and events like the jazz tours. Plus, the state department guys tended to be all about jazz as fans of the music. I think the CIA tended to be stuffier and more into less commercially oriented culture.

There are still lots of recording made of it today: In C is a musical piece composed by Terry Riley in 1964 for an indefinite number of performers. He suggests "a group of about 35 is desired if possible but smaller or larger groups will work". A series of short melodic fragments, In C is a response to the sounds (sometimes called serialism) that dominated modern music for more than sixty years and is often cited as the first minimalist composition (though La Monte Young's drone compositions preceded it by several years, In C had a greater i In ...

Granted minimalism isn’t too much in popular consciousness these days, but I think it has enough of a following even today so that “faded into obscurity” is a bit of an overstatement!

Also. haven’t listened to this yet, but it’s probably interesting: 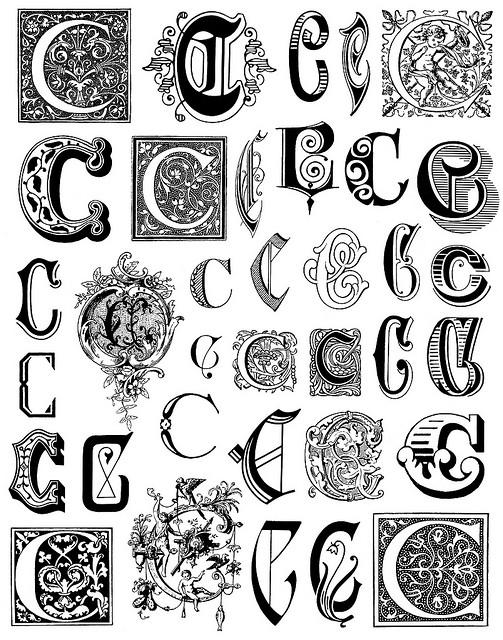 Jad talks to musicians Michael Lowenstern and Zoe Keating about their remixes of Terry Riley's In C.

If it’s on an NPR radio show, it can’t be that far out of at least some of the public consciousness.