How and why to default on your student loan

That’s not what we were discussing.

The point in disupute is that society should pay for education because it provides better results.

Education, in the case of child mortality, is shown to provide better results.

If education provides better results for a society, it follows that society should pay for it.

What part of that is something you dispute?

You’ve left out a pretty big section of the contract that says “if you fail to make payments, here are the consequences”. Everybody signed off and it was a happy contract. Many years later, when payments are missed, it’s clear what’s going to happen. There’s no shock, no moral outrage, no betrayal. This is just business.

If education provides better results for a society, it follows that society should pay for it.

Home ownership provides better results for society. Society should pay for your home!

Transportation provides better results for society. Society should pay for your car!

Leisure and relaxation provides better results for society. Society should pay for your trip to Disney World!

It’s less about the “internalized logic of capitalism” (yawn) and more about keeping your word and being an honest person.

It seems like you expect that to resonate in some moral or ethical way, but it just doesn’t.

I am an honest person, and I do keep my word, yet I support, encourage, and might even do things which you would consider stealing. I’m not like a crazy marginal person, either. I have social and material relationships with lots of people, and they all trust that I am honest and true to my word.

You might want us all to view defaulting on a loan as morally equivalent to taking bread from a starving orphan, so that our ethical values will line up neatly with the economic imperatives you support. But we just don’t.

The funniest part is that your market-based value system is so circular and self-referential that I don’t think you can even understand why. Maybe we are just crazy or illogical. That’s probably it.

It seems like you expect that to resonate in some moral or ethical way, but it just doesn’t.

Certainly not to you.

I am an honest person, and I do keep my word, yet I support, encourage, and might even do things which you would consider stealing.

Our universities became bloated and excessively costly on their watch.

What happened, anyway? Perhaps like someone else suggested, the availability of student loans means that more people are attending college. However, UT Austin’s enrollment (for example) today is about where it was when I started there in the late 1980s. (EDIT: Maybe the new seats are elsewhere, e.g. U. of Phoenix.) My first semester’s tuition bill was $700 (not a fortune, even back then) although, IIRC, about half of that was for fees, not tuition. Someone else in the thread suggested that even at a state school, it might cost $10,000 for one semester (not sure if that was only tuition & fees, or also included rent, or room & board etc.). That’s more than 14 times what I paid. Maybe I’m cynical, but I have a sneaking suspicion that faculty and staff salaries are not 14 times higher than what they were in the late 1980s (e.g. an instructor making $30,000 then is not making $420,000 today). The other tidbit I remember (though not from what I’d call a neutral source) is that back then, 20% of UT’s expenses were paid via tuition and the rest came from the Permanent University Fund (i.e. West Texas oil money) and/or some other state revenue. I’m guessing that the government funds that used to finance public higher education (e.g. UT’s Permanent University Fund) have been exhausted or repurposed, or someone thought it was a better idea to shift all of the burden onto the students.

Which is why I mentioned that the vast majority of the people I interact with would consider me to be an honest person even if they knew I defaulted on my student loans. I think that’s probably a more important measure of my character than whether a stranger on the internet thinks I’ve correctly followed the dictates of the free market.

You can fall back on the “it’s obvious” argument for as long as enough of society broadly agrees that your moral rule is self-evident. But society is rapidly abandoning market fundamentalism, and if you don’t have anything else to back up your claim beyond “it’s obvious”, you’re going to find that your arguments just don’t have the punch that they used to.

I’ve correctly followed the dictates of the free market

Also known as “keeping your promises”

Society should pay for your car! 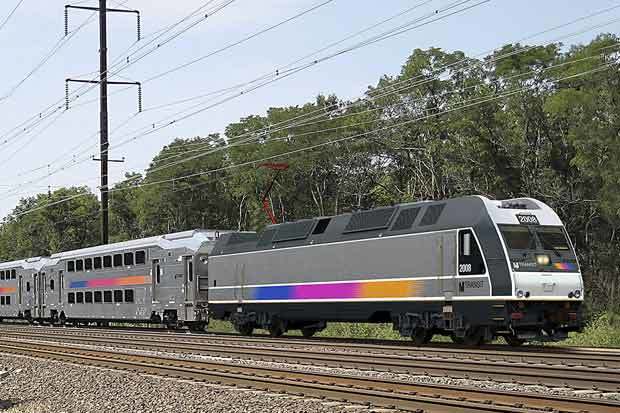 And it works so gosh darn well!

Also known as “keeping your promises”

You yourself have openly claimed that certain degrees promise things that they can’t actually keep. Why is it OK for that to happen?

Compared to Britain’s privatised railways I’d say it does, but there is a lot of room for improvement. The Southall rail crash was an accident on the British railway system that occurred on 19 September 1997, on the Great Western Main Line at Southall, west London. An InterCity 125 passenger train failed to decelerate on entering within sight of two warning signals, one of which was slightly mis-aligned, and collided with a freight train crossing its path, causing seven deaths and 139 injuries. Great Western Trains, whose managing director survived the crash in one of the most badly affected carri...

The Ladbroke Grove rail crash (also known as the Paddington train crash) was a rail accident which occurred on 5 October 1999 at Ladbroke Grove in London, United Kingdom. With 31 people killed and more than 500 injured, this remains one of the worst rail accidents in Britain. This was the second major accident on the Great Western Main Line in just over two years, the first being the Southall rail crash of September 1997, a few miles west of this accident. Both crashes would have been prevente A ... The Hatfield rail crash was a railway accident on 17 October 2000, at Hatfield, Hertfordshire, UK. It was caused by a metal fatigue-induced derailment, killing four people and injuring more than 70. Though the accident did not result in a large number of deaths, it exposed major stewardship shortcomings of the privatised national railway infrastructure company Railtrack. Reports found there was a lack of communication and some staff were not aware of maintenance procedures. Railtrack subsequently... On 10 May 2002 a northbound train derailed at high speed, killing seven and injuring 76. Part of the train ended up wedged between the station platforms and building structures.

The Grayrigg derailment was a fatal railway accident that occurred at approximately 20:15 GMT on 23 February 2007, just to the south of Grayrigg, Cumbria, in the North West England region of the United Kingdom. The accident investigation concluded that the derailment was caused by a faulty set of points (number 2B) on the Down Main running line, controlled from Lambrigg ground frame. The scheduled inspection on 18 February 2007 had not taken place and the faults had gone undetected. The 17:30 V...

Untwist your knickers. I used “promise” colloquially. Anyone not being incredibly pedantic would understand that sentence to mean:

I remember when student loans became generally impossible to discharge through bankruptcy. The problems with going bankrupt are

These days, the “prospect of a good job” part is looking like it did in the Carter and Reagan Administrations (lousy, unless you had the right kind of degree), interest rates are a lot lower but student loans, while lower interest than credit cards, are a lot higher than the interest rate businesses pay. And colleges seem to have a lot less scholarship money available, and have been raising prices far faster than inflation, yet they’ve also been skimping on personnel costs (in particular, hiring a lot of very-low-paid adjuncts instead of tenured professors.)

is it? You’re not seeing the big picture.

Nah, it doesn’t work like that. There was a very specific claim…

Like your claim we should abolish public education (or did I misinterpret you? I don’t know since you couldn’t be bothered to reply)?

It doesn’t talk about this part, and it definitely doesn’t say the state should universally fund college education.

What level of education is allowable in your world at public expense? Are we allowed to have children make it out of grade school before indenturing themselves?

[quote=“goodpasture, post:161, topic:59163”]
Home ownership provides better results for society. Society should pay for your home![/quote]
Yes, housing should be a right. Citizens should not die from lack of shelter.

Someone else in the thread suggested that even at a state school, it might cost $10,000 for one semester (not sure if that was only tuition & fees, or also included rent, or room & board etc.).

My daughter’s state school costs about $26,000 to $30,000 a year for three quarters including tuition, fees, and housing (with food) and books. The full enchilada because her college isn’t in the town where her mom (or I) live.