How did Judd Apatow fall off?

Originally published at: How did Judd Apatow fall off? | Boing Boing

As the video describes, “Funny People” was the turning point. Unless it’s played as satire (e.g. “Succession”) or parody (e.g. “Curb Your Enthusiasm”) or camp (e.g. “reality” TV or primetime soaps), the American mass audience doesn’t connect with the theme of very wealthy, talented and/or successful people being profoundly troubled and miserable – not to the degree that it finds the characters worthy of its sympathy. That’s even more the case when the piece in question is self-reflexive bordering on autobiographical.

In the same genre as Apatow films, I watched the terrible / brilliant Jim Carrey schlock comedy “Me, Myself & Irene” recently and felt a wave of nostalgia roll over me before I was able to identify why I felt that way.

There was a time in America now long gone when a film this objectively bad could be made, shown in theaters and appreciated by audiences. I don’t think this film would be made today and not because we’re more sophisticated, or societal norms for humor have changed or any of that. If anything we’re less sophisticated and less tolerant, but that isn’t the issue. There’s an exuberant, stupid positivity embodied in this joke of a film that we don’t have anymore, post 9/11, post George Floyd, post Trump and mid-pandemic bleak America.

It feels like a lens into a time before our innocence was stolen. Watch it for the upbeat schlock and enjoy some watery American beers with it. 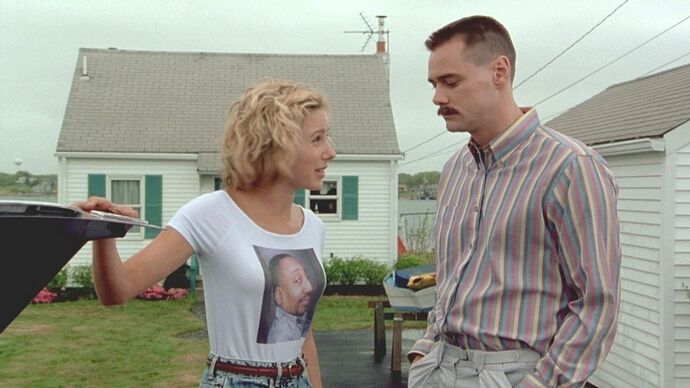 There was a time in America now long gone when a film this objectively bad could be made, shown in theaters and appreciated by audiences. I don't think this film would be made today and not because we're more sophisticated, or societal norms for... 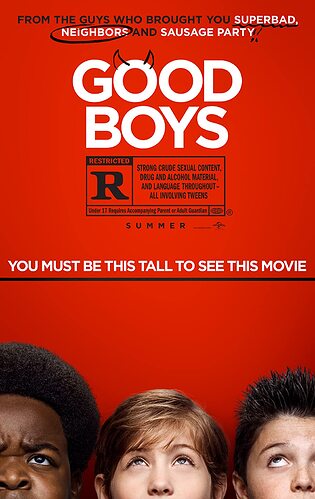 While I agree that the zeitgeist has shifted in a way that stifles comedy, I also think that the Apatow style was just… bad. In the same way that, and I know I’m going to speak heresy here, comedies like Caddyshack were bad. And I think Caddyshack is a really good example because while the film has its adherents and certainly offer some yuks, it’s a terrible film.

It, like the Apatow style, just ends up relying on the “point the camera at funny people and roll film until you’re rolling, and then edit it into something coherent”.

There are advantages to this style, the main one being that it’s cheap to shoot, especially in the digital era. Minimize sets, minimize setups, and just roll footage. And with the “missing middle” in funding right now, that’s what you need to do to get your movie made.

In any case, I want to give a shout out to Duffield’s Spontaneous and Love and Monsters, which are both more ambitious and smarter scripts than their premises require them to be. Spontaneous, especially, really offers something special.

Really. Seems the zeitgeist has shifted in a way that takes away the ACTUAL rights of ACTUAL human beings… but sure, “comedy” is the real victim here…

But… but… the MENS and their COMEDIES!!! The OpPreSizIonZ!!! /s

While I’m not generally a huge fan of his films, Freaks and Geeks was objectively great.

Yeah, the supposition that there was once an era of great comedy that has stood the test of time is rubbish.

The only era I can think of that had a flood of high-quality comedy films that aren’t incredibly offensive and puerile at their core was maybe the silent/talkie cusp era with Harold Lloyd, Chaplin, Marx Brothers et al and those were mostly shorts. Even then, a lot of the humor wouldn’t float today, but at least it wasn’t straight-up rapey like the 80s films everyone seems to so fondly misremember.

Conversely, there is more, better short-form comedy than ever before. I couldn’t even begin to list all of the great shows out there that manage to be hilarious without being disgusting frat-boy fantasies.

Also; Everything, Everwhere All at Once is one of the funniest films I’ve ever seen.

So was I ahead of my time in not liking this kind of humor? I may have seen an episode of Freaks and Geeks once, and I think I watched Knocked Up on tv a few years ago. I probably chuckled a couple of times. I haven’t seen any of his other movies, and I have no desire to.

I love to laugh. I have a sense of humor. I haven’t found most comedy films or sitcoms to be funny in a very long time, so I rarely watch either. A lot of standup has also gone stale, imo, and it’s not because of cancel culture. It’s because most comics and comic writers are lazy hacks trying to rely on jokes that worked on 13 year old boys in 1983.

ETA: If Taika Waititi makes a rom-com, I’m in.

Freaks & Geeks was one of the very best serial comedies, ever. It was too good for an America that preferred the crushing banality of Friends (this from someone who thinks Friends is okay).

Actually, I was talking about superhero films, but go on. Like, I actually don’t think the unending hellscape that is 2022 actually makes comedy harder- it makes it harder to do lazy, bad comedy, because our standards are rightfully higher. But comedy is a powerful art for leveraging against the fascists.

If Taika Waititi makes a rom-com, I’m in.

Not to be too spoilery, but Our Flag Means Death was basically a rom-com, you just don’t realize it right away.

Also, Waititi is a perfect example of a director that can consistently produce ROFL comedies without punching down or abusing already-marginalized communities. The fact that OFMD portrays a same-gender relationship played by two straight men (I think?) without any(?) backlash shows just how thoughtful and sensitive they are to the subject while still being hilarious. They never use the subject of sexual identity as a joke, it’s merely a circumstantial fact of their relationship. Of course, I may have missed something and as a cis-het man my perspective is inevitably skewed, but everything I’ve read in the LGBTQ press has been glowing. Really puts to bed the whiny Rogan-baby myth that comedy is predicated on cruelty. Maron has recently been referring to this trend as “bully comedy”. It’s not that it was ever funny, it’s just that people who were traditionally silenced have a voice now. You had a good run (like all of human history), time to get out of the way and shut up. You’re prettier when you’re silent, anyway Joe.

ETA: Freaks and Geeks is absolutely worth your time if you’re so inclined. It’s really nothing like his later work and is deeply personal, sweet and hilarious. The fact that it only ran one season is a real gift, I think.

Also, a great under the radar comedy from this year was Apollo 11 1/2. The nostalgia and “WTF, can you believe they used to parent like that!?!” aspect make for a very entertaining time.

it makes it harder to do lazy, bad comedy

And yet plenty of dudes seem to fucking persist, as if they are the ones who are being oppressed.

But comedy is a powerful art for leveraging against the fascists.

Except for the ones who are more keen to curry favor with those self-same fascists and punch down. Who are the ones endlessly whinging about being “canceled”.

Maybe HIS style of comedy is at a low ebb right now, but that’s ALWAYS been a factor with “raunchy comedies with very thin plot lines.” We get a bunch of them, then they fade away for a few years, then a bunch more.

Here, here. Many comedies I just don’t like because they are rooted in cruelty and/or absolute stupidity. Neither of which appeal to me, and probably why I so much loved shows like The Good Place, Ted Lasso, and (yes, though it may not seem the same) The Santa Clarita Diet. Shows founded in a place of respect and love for others, or bettering oneself.

Sure, and those folks are shitty, and I don’t like them and don’t truck with them. I’ve got no tolerance for whinging about being “cancelled”. Your art has to stand on its own.

Really puts to bed the whiny Rogan-baby myth that comedy is predicated on cruelty.

I was discussing something similar, about “comedy is supposed to offend”. No. Comedy is an art form, and like all of the arts, its purpose is to make the world better, more bearable, and show us something about it (and ourselves) that we hadn’t noticed before. Offense is just a tool in the tool box, but to say that “the point of comedy is to offend” is like saying “the point of house-building is to hammer things”. It’s childish and stupid and incredibly narrow.

It, like the Apatow style, just ends up relying on the “point the camera at funny people and roll film until you’re rolling, and then edit it into something coherent”.

That and Apatow basically yelling encouragement at the actors while film and sound is rolling to take it up a notch or keep riffing on something. That’s why his films often show outtakes at the end that are less bloopers than leftovers, improv that didn’t work with the story or scene as whatever made the final cut but was still more of a hit than (as improv is more often than not) a miss.

ETA: If Taika Waititi makes a rom-com, I’m in.

Was that not Thor: Ragnarok? Pretty much every relationship in that movie was making fun of rom-com tropes; that’s one of the reasons it stands up so well.

I will definitely check that show out. Thanks.