What a “genius”. One might go so far as to calling him a Very Stable Genius.

I was joking with my boss yesterday that all my ethics, operations, procurement, contracting, and regulatory training case studies for 2023 were going to be Elongated Muskrat and Twitter.

My entire company is going to be as sick of this man as I am by March, and it just won’t end until long after Twitter finally implodes.

Surely the answer to Paedolon’s Twitter Problems is to block all users and replace them with bots extolling the myriad virtues of the Glorious Leader. That way, the advertisers can be guaranteed a level of views; in fact, they could be charged on a sliding scale for the number of views they want their adverts to have. Problem solved!

." But there was no surprise — first, because bots are incapable of being surprised

It’s clear at this point that the techies still at Twitter have decided to just tell him whatever he wants to hear.

The only techies left are on H1-B visas and will do whatever they are told to keep their sponsorship while they sort out a new sponsor.

Every day he uncovers a new way to show just how astonishingly stupid he is. If it weren’t for his father’s money he’d be a janitor with a bunch of scribbled notebooks in his apartment.

Hell, Darger’s notebooks were creepy AF but better than anything Elmo is putting out in the world. 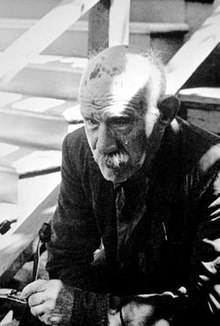 Henry Joseph Darger Jr. (/ˈdɑːrɡər/; April 12, 1892 – April 13, 1973) was an American writer, novelist and artist who worked as a hospital custodian in Chicago, Illinois. He has become famous for his posthumously discovered 15,145-page fantasy novel manuscript called The Story of the Vivian Girls, in What Is Known as the Realms of the Unreal, of the Glandeco-Angelinian War Storm, Caused by the Child Slave Rebellion, along with several hundred drawings and watercolor illustrations for the story

Is he just not getting enough sleep?

While, of course, being tired doesn’t make you a fascist, I do have to wonder about this. A guy that claims to only sleep a couple of hours a night, yet drinks caffeine free coke? That is not a thing.

However, amphetamines are the Nazi’s drug of choice…

(Nothing against amphetamines, but abuse of them can lead to some real issues)

ETA: maybe it’s time for an update of the Russian Sleep Experiment creepypasta except this time Elon turns Twitter into a charnel house by keeping himself and his programmers awake for a solid week before they eat each other

i saw the article illustration and wondered – what does mickey rooney have to do with a story aboout musk?

I wonder whether this decision tells us anything about twitter’s revenue per user in those markets, with Musk willing to cut them loose because they aren’t that valuable; or if the decision was made purely based on bot stats without looking any further.

On the plus side, twitter’s problems are deep enough that concerns about the need to grow in developing markets to supplement largely stagnant numbers in core markets are likely to be too long term to matter.

Why he didn’t us AI to ID bot accounts is beyond me. Why he then didn’t take control of the accounts and then sell bots as a service is also beyond me. It’s like he bought a beautiful wooden ship and is trying to save it buy lighting it on fire.

Musk’s Law:
The explanation which involves the highest amount of cluelessness is most likely the correct one.

A guy that claims to only sleep a couple of hours a night,

That claim always bugs me. Self-proclaimed geniuses always trot it out as a badge of honour or evidence of some superpower of productivity. It’s never true. Nobody can function on that little sleep. Even if it was, they should not be proud to be such a workaholic that they would use all those precious waking hours for digging Twitter into an ever deeper hole. If you somehow have 5x as many waking hours as the rest of us, why aren’t you spending it with your family or doing charity work or something?

If it is true, maybe that’s his problem. He needs some goddam sleep to think clearly.

why aren’t you spending it with your family

Because they all either dislike you or are sleeping with your sister?

I guess his mom likes him

For his next move, he’ll eliminate all bots from Twitter by simply null-routing the entire Internet.

This solution suggests that Tesla’s self driving software will be called 100% functional when it refuses to pull the car out of the garage.