25 Likes
A young Black doctor sues Chase Bank after she tried to deposit her first check and was treated like a criminal
lava February 7, 2022, 6:02pm #2

I’d like to find a credit union –– is there any guide or reference site to regional or local credit unions. I’ve never encountered one from a job or any other institution that credit unions seem to spin off of. I’m not sure how to find or evaluate one.

it depends on where you live. there are some regional networks* but they’re still required generally to stay under a certain size.

also, some states require you belong to some organization first ( like be a teacher, be a member of a food coop, etc ) to join ( which i believe is still the case in texas where this happened )

local banks can be a good alternative. and some local banks have better policies than even credit unions. definitely all the big banks, however, are actively harmful 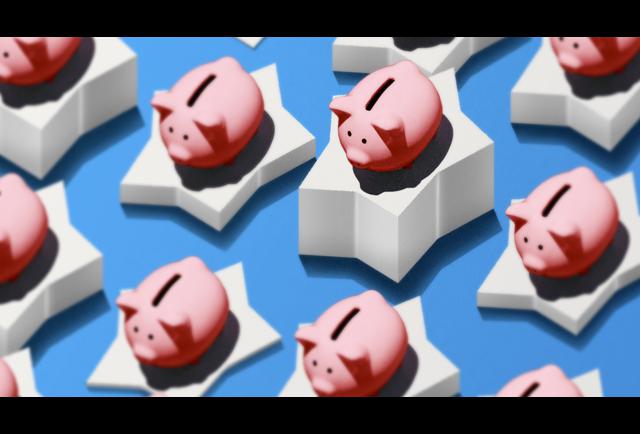 Forbes partnered with market research firm Statista to produce our fourth annual look at the Best Credit Unions In Each State.

*) eta: it’s nice when they band together so you can use any of their atms fee free. it definitely depends on where you are. good reason for a us postal bank again

In my region, there are several Credit Unions that are entirely independent of larger institutions. If those aren’t apparent where you are, I’d start with a web search and then a bit of light investigation as to how long it’s been around and customer sentiment. Credit Unions, AFAIK, have the same deposit protection and most of the same offerings (loans, investments, etc…) as a bank in the US.

I was severely burned as a young man by BofA and have never looked back from my local CU. Good luck!

thanks for that link to Forbes - a good starting point.

unfortunately the only one listed in my state does not extend service to my region. I’ll read the full article anyway to get familiar with these institutions.

It definitely involves homework looking at local banks and credit unions and making sure they are able to offer what you’re expecting. When in doubt you can dip your toe with an alternate savings account and try it out to see if it works for you, i have a savings with a credit union from Houston. I initially opened it because they offered a really good rate on a car loan and after i paid off the loan i kept the account open and i stash emergency funds in there.

Some credit unions just require you to live in a geographic area. I’m a member of one based on my dad being military.

Also consider that being an alum of a college or university is another way to find a credit union that will take you. Even if the home office is in another state, as long as they’re part of the national network you can go to any local CU to cash a check, etc., and any ATM on their network.

My college does not have a credit union, but my wife’s does, and it’s nearby. That may be my best bet.

I banked with a credit union for many years, and as hated as they are, I have had far fewer issues with Chase bank. I could enumerate all the silly weird issues I’ve had over the years with my local credit union, but that would make for a very long post indeed.

the thing is, chase will always be chase. using your money against you by investing in private prisons, local police unions, fossil fuels, lobbying against consumer protections, paying their execs exorbitant compensation, etc

your local credit union or small local bank may or may not do those things ( though generally not. ), and the quality of service might be great or it might suck: they’re each their own business ( though you can vote on their leadership ) - so results will vary

Even if the home office is in another state, as long as they’re part of the national network you can go to any local CU to cash a check, etc., and any ATM on their network

This may no be an issue for many/most people but if you have to pull out a large amount of cash every once in a while (for example, foreign remittances), you could be hemmed in by this. I think it’s $1000 withdrawal max, per day, and $800 at an ATM.

banked with a credit union for many years, and as hated as they are, I have had far fewer issues with Chase bank. I could enumerate all the silly weird issues I’ve had over the years with my local credit union, but that would make for a very long post indeed.

I got amazing service at my credit union since I had the same unusual last name as the CEO and tellers seemed to think we might be related.

But there were enough minor annoyances like ATM fees and locations, no safe deposit boxes, and outdated/limited self service software systems, that I am much happier with Wells Fargo, even knowing how evil they are.

I don’t overdraw my account or fall for their upsells, nor do I have more than 2 months expenses with them, so they are not making money off me. In fact they are surely losing money on me as I use their services, perks, and employees time all while paying zero fees.

As for Chase, I have twice collected their $500 new customer bonus, and then switched back out once the 6 month vesting period is over.

Taking their gold from the inside is a legit protest.

If interest rates go up enough that credit unions start paying significant interest on small balances, that could bring me back.

All the things you mention and more.

The most egregious was all the times my credit card wouldn’t work. Either they detected fraud and shut it down without telling me, or they had a list of countries you can’t use your credit or ATM cards in (the list was not published and always changing they said).

I tried to open an account with an acclaimed credit union. I was treated much like the good doctor at Chase in the other story. Years later I tried again with a similar experience. So I can’t say I have had years of poor service with them, only that I couldn’t get through the initiation ritual.

only that I couldn’t get through the initiation ritual.

that’s down to state laws which require them to be affiliated with particular organizations. some states allow anyone to join ( im suspecting those places tweaked the law to make residency the “organization” )

the atm part i could imagine, though things have gotten way better for that over the years. the credit part is weird. ive only ever seen them issue visa or mastercard, just like the big banks. ( unfortunately. ) so the billing part is theirs but the network behind the scenes is bog standard.

only that I couldn’t get through the initiation ritual.

that’s down to state laws which require them to be affiliated with particular organizations. some states allow anyone to join

I get your point, but it didn’t apply in my case. My experience had the same trajectory as the good doctor’s. But I bailed sooner and there weren’t racist overtones. It was baffling.

There’s actually 2 different issues with ATM cards outside the US (or used to be ~10 years back, my international travel has tapered off). The first one is the ATM you’re at just may not process transactions from the network your bank is in. (Protip: Find a 7-11) The second is your bank blocking the transactions.

the credit part is weird.

And infuriating. It was what led me to move banks entirely, because I simply could not afford to have it happen one more time.

used to be ~10 years back, my international travel has tapered off

i think everyone’s has

Like any new bank find out what kind of services you need and how well they can offer them. Unfortunately, most don’t offer a demo of their web site–which is the how I mostly interact with my banks and the part I care most about. Hours and nearby offices, for example. I haven’t found great deals on loans or refinancing when shopping around. I’ve always used credit unions just to avoid the big banks.

Like others have said, 7-eleven ATMs are really convenient. I was out of the country for awhile and forwarded my mail to my parents. Because I was with a credit union my parents could deposit checks into my account at their local credit union.