In Idaho, is there a better job?

the land where talent goes to die.

in a world where that linked article described a law that was passed, Sure.

Your fictions can get a little ahead of our realities - which is nice and all - but lets not treat a 2 year old failed idea as though it were an operative law 30 years ago. Please and thank you.

This will work out for exactly one company in one case, which will quickly become a warning to tech workers to stay away from Idaho.

I guess law makers aren’t concerned about finding better jobs? That is, they have no prospects?

With exemplary punishments for any peon who has the temerity to even think of leaving their rightful master.

which will quickly become a warning to tech workers to stay away from Idaho.

Tech workers and those who prefer civilized spaces. 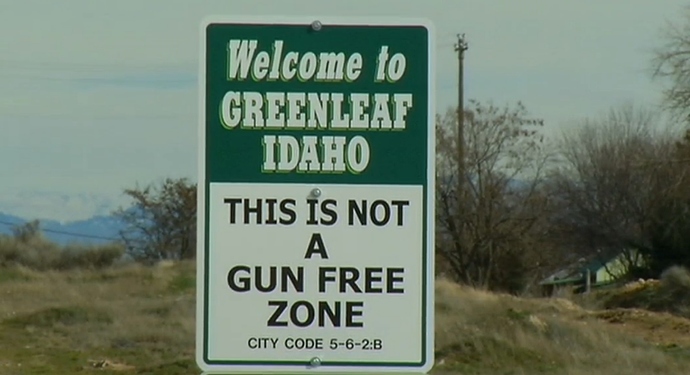 I mentioned on another site that the TGOP wants the way the South was before the Civil War to be the norm for the country.

wants the way the South was before the Civil War to be the norm for the country.

You mean when they begged new england to teach em some manners? Ever wonder why it is John Kerry, Ted Kennedy, Elizabeth Warren et al are so hated? It got so bad way back then that we (I speak of the Army of the United States) had to go burn their whole towns down so everyone was on the same level again.

The first near-job I had (that is, I worked but got no pay) was with a Florida publishing house start-up. The boss had drawn up his own contract for everybody complete with a non-compete clause thrown in it. My mother (who was a published novelist) had me send it over to an industry attorney who then told me that the way the clause was worded it would forbid the signer from ANY other kind of job, not just the position the signer was hired for. The attorney told me the contract was unconstitutional, so I didn’t sign. Just as well as the company folded a matter of weeks later.

Unfortunately, the bright engineering minds working for DEC, Ratheon, even Wang back in the 80s and 90s are long gone, subsumed by larger conglomerates or shipped to cheaper regions of the country. But hey, Rt 128 still has Kronos!

You have to pay for your guns on the free market!

Otherwise, we’ll be a socialist country!

In a world where that linked article described a law that was passed, Sure.

Your fictions can get a little ahead of our realities - which is nice and all - but lets not treat a 2 year old failed idea as though it were an operative law 30 years ago. Please and thank you.

The proposed law (from ~2ya) in the link was an attempt to mitigate the existing state of MA non-compete law. Your understanding is quite the inverse.

At the last place I worked before I went out on my own, I was intimately familiar with both their supply chain and their customers. When I left, I could have used that knowledge to make a lot of money for myself, badly damaging their business. I did sign a noncompete when I started there, basically saying I would stay out of the industry for a year after leaving the company. None of that matters because I love those guys and would never do anything to damage them. They were great to me, and I did my best for them.

I guess my question is, should a company be able to make employment conditional on the employee agreeing not to work against the company for a limited time after leaving, using information gleaned from that employment? There are so many stories of employees stealing customer lists, bid/project information, etc. on their way out the door. It happened to me several times with both customers and vendors.

Well, I wasn’t planning to go to Idaho but I can put a big X over Idaho on the map. There are a bunch of states that are getting the X.

should a company be able to make employment conditional on the employee agreeing not to work against the company for a limited time after leaving, using information gleaned from that employment?

Every job teaches new skills, so that’s a bit of a stretch to prohibit employees from jumping to a competitor. How about treating employees with respect? As you pointed out, employers will have employees more likely to be loyal.

BTW, employers can still take employees to court for stealing property such as customer account information. This law is simply designed to restrict workers’ rights by forbidding them freedom of movement from one job to another.

It’s all human beings, up and down the chain. But I take your point.

Your understanding is quite the inverse.

I also can’t sell mattresses or bathe on Sundays. According to the laws.

Any word of the last time that was enforced? Any of the three?

My wife’s career is a specific type of medical technologist, and as such has a specific knowledge and skill set, one that is not transferrable to any tangential career path. (Read: she can only make a living doing this one thing, short of going back to school, apprenticing in a new field, etc.)

She was forced into a non-compete early in her career for a company that ground its employees to dust. When she finally realized the grass was greener and moved on, they sent her a threatening lawyerly letter for working elsewhere. Not for stealing any kind of trade secrets which someone in her role would not be privy to anyway, but simply for trying to make a living in her field, moving on for higher pay and better hours.

She had a panic attack over the threat of a lawsuit that would ruin her, until we ran it by an employment lawyer who laughed at the letter, told us it was completely and utterly unenforceable in our state, and sent the prior employer a nastygram of their own. Well worth the $150 for the relief and satisfaction, to say nothing of never having to receive a threat like that.

I agree with the commenter elsewhere above that this type of law largely has the effect of limiting the movement of labor to the detriment of the laborer and advantage of the employer. Shouldn’t there be companies that, you know, attempt to be “competitive” and dislike this type of law because it may keep them from hiring great talent that feels locked up at another employer under legal threat? If I’m a tech entrepreneur looking to start-up in Idaho, I’d not only consider the assumed tax benefits and existing local talent base, but the ability to freely hire them.