Inside the "sweatshop" terminally ill Britons must call to get benefits

Vicious filth for my boss? Fuck that…

Who works for these cunts? Why would you? 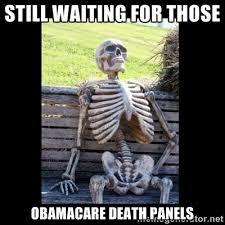 The first call every new employee at the DWP gets is from the person who held the job just before them.

But these questions do not actually help the callers receive benefits. Instead, they deliberately omit information -- like what "special rules from your doctor" means, or submitting regular "fit notes" signed by your doctor -- that is necessary to get and stay on benefits, and employees who break the script to reveal this information also face discipline and termination.

I’m currently going through this process for both my parents.

The key is to get someone on your side who has experience. In this case Age Concern a UK charity is helping.

It’s all about the phrasing of the answers to push buttons.

You’re absolutely correct; the US private healthcare system doesn’t have a single bureaucrat.

I take it you’ve never attempted to get the glorious free market to induce an insurer to live up to its contractual obligations?

Why do people work for half the shit jobs out there? Shit cost money, yo.

I have to say I am startled to find a blog post on the internet complaining about the boss.

I’ve worked in call centers a few times, and I never found the call-time guidelines onerous at all. We were doing complex work, too. Of course, I wasn’t the guy who engaged callers in a chat about my favorite football team or political party. Those are the guys who complain about a 23-minute average call time.

No system is perfect, but bureaucrats are especially frustrating. Soviet style bureaucrats have their own tier in hell, I am convinced.

My Ex-MiL was trying to get dual citizenship for my kid from Poland. The guy she had to deal with was from the old school Communist regime. I had to drive 3 hours to literally sign a piece of paper - and it wasn’t even in front of the guy. Of course, that was mild compared to the hoops my MiL had to go through and I don’t think it ever ended up working out.

But anyway, this highlights also that what ever system you have in place, it is only as good as the people running it and the policies they implement.

remember GOP vs 49ers? wow, that was a bloodbath!

The key is to get someone on your side who has experience.

Yes, I was going to pull the same quote. It does look like the script is designed to avoid accidentally “coaching” anyone into receiving additional (or any…) benefits. Systems based on “a note from” or other subjective forms of evidence from a third party often fall back on this kind of money-savings-by-obscurity method. Of course, this is only true in a system whose purpose is to save money rather than help people.

You’re right that a government system comes with bureaucracy, and a private system would probably be much more efficient and effective…given the proper incentives (read: rich clients only). If a private system is forced by mandate to serve middle income/poor people, they will be just as draconian and slippery as a bureaucracy, with the added injury that someone is getting rich doing it. A bureaucracy on the other hand has no reason not to help people, unless it is under pressure by some cold-hearted political faction that thinks government ought to be “run like a business” and that proper social services shouldn’t be something that we’re not afraid to “lose” money on.

Many disabled people can’t use phones - whether due to deafness, hyperacusis, loud construction noise, or anything else. Do they have any alternatives to phones?

I don’t know the exact details for this use case but the UK is in regard to inclusion best-of-breed in Europe and pushed the other more reluctant member states into more and more handicapped accessible regulations*.

It’s likely that a second communication way exists, if I had to guess one using fax forms.

* one of the reasons why the brexit is bad for all

I am not surprised to find out that the DWP call centres are this bad.

I have several chronic illnesses and I’ve been dealing with the DWP for months now, with a re-application for ESA (combined unemployment and sickness welfare) immediately followed by PIP (disability welfare). I have lost half a year to increased stress. I have been getting help from a friend, but she’s disabled too and also having to deal with the increased stress.

I’ve never heard Iain Duncan Smith being called a socialist before. It’s even better that Tory Blair being called one

. IDS should have known that he and the DWP are doing a bad job when people are remembering New Labour as being better than you (not good, just better). Besides, without socialism you would be worrying how you will look after your parents from just your wages (Winston Churchill only introduced welfare because of his fear of a Communist revolution).

Excessive bureaucracy is a sign of authoritarianism rather than just socialism.

I’ve worked in call centers a few times, and I never found the call-time guidelines onerous at all. We were doing complex work, too

You didn’t read the article, did you? Especially the part where the call handler gets multiple calls in one day from people who have just got bad news and thinks they are there to help them. It was the first paragraph.

This morning I spoke to a cancer patient, a woman with kidney failure, and a young man who had just lost the mother of his children. Each of them thought I was trying to help them. I wasn’t really though, because helping them would take longer than 23 minutes.

Many disabled people can’t use phones - whether due to deafness, hyperacusis, loud construction noise, or anything else. Do they have any alternatives to phones?

Text relay service or sign language video phone. If you really want to, you can get someone else to talk on your behalf, but that needs a signed letter giving permission (that seems to go missing every six months, requiring a new one) or your representative having power of attorney.

You’re absolutely correct; the US private healthcare system doesn’t have a single bureaucrat.

This is a fine example of Poe’s Law.[quote=“Mister44, post:13, topic:83876”]
No system is perfect, but bureaucrats are especially frustrating. Soviet style bureaucrats have their own tier in hell, I am convinced.
[/quote]

Yeah, but I think people draw an arbitrary and unwarranted distinction between bureaucracy in the public and private sector. An insurance company with 10,000 employees will have VPs inventing policies and corporate services people ensuring internal compliance the say way a public body with 10,000 employees will (replace VPs with politicians, though). Your last point is dead on, any system is only as good as the people running it.