I am getting images of a never ending human centipede.

Is this still going on? Who can stop it? How can the average person encourage them to stop it?

JFC, and I thought Wells Fargo was evil.

We have to cut the head off the beast

Damn, it’s getting tiring saying this on the daily…

Don’t shoot them. Confiscate all their assets as compensation and force them to live in the derelict houses they left behind. I want to see those bosses walk around looking for food in garbage dumpsters. 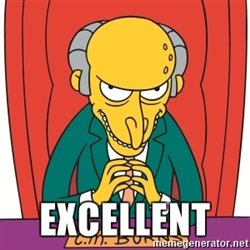 It’s not JP Morgan-Chase that does this. JP Morgan Chase is an abstract concept. It’s the people who work at JP Morgan Chase that do it. It’s the responsible individuals that need to be outed, shamed and prosecuted where applicable. Blaming and punishing the companies is misdirected, achieves nothing, and simply allows the guilty people to carry on exactly as before.