Labour NEC election results. We have a left slate LP NEC. Congrats to all! labour.org.uk/pages/national… https://t.co/gGWzjfANI5 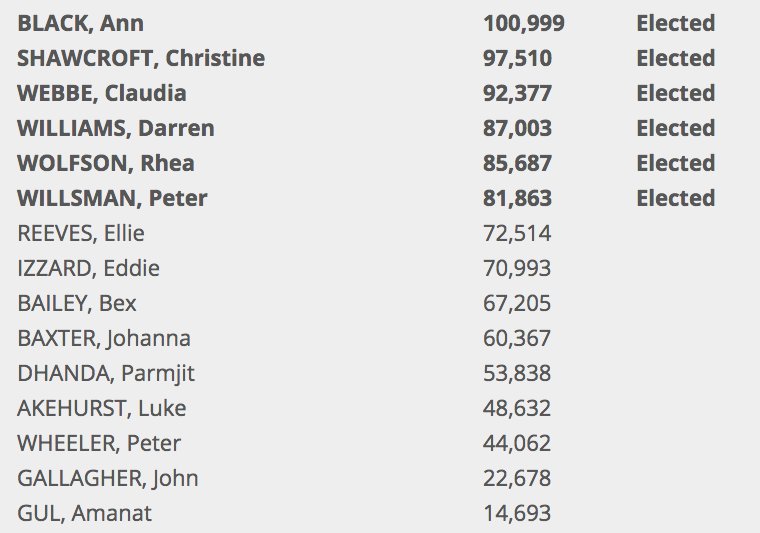 Momentum have taken six out of six of the places up for grabs on the party's ruling NEC.

My first thought was, “Maybe this means they can still turn the Brexit around,” but, no, apparently not:

The Labour leader ruled out support for a second referendum on the terms of Britain’s withdrawal, adding: “You have to respect the decision people made.”

What the hell. No you don’t need to respect the decision, at least not when it’s a product of demagoguery and wrongful thinking and scraped out of a simple majority in a pluralistic society!

afaik Corbyn was never a fan of the EU - and some of the arguments are legit (I still think the benefits outshine the disadvantages from my leftist position, but this is only my opinion and not necessarily the only standpoint)

Yep. If he weren’t leader, Corbyn would have been campaigning for Brexit. He’s always been a left-wing critic of it the EU AFAIK.

As an American, there is much I don’t necessarily understand about this-- but, is this election result at least an indication that Corbyn is likely to remain in his position despite the high-profile defections of some of his cabinet ministers this summer?

Corbyn would have been campaigning for Brexit. He’s always been a left-wing critic of (the EU) AFAIK.

What bugs me is that this strikes me as akin to if Bernie Sanders had argued for the US to leave the UN or even dissolve the US union. I have a hard time squaring an attack on cosmopolitanism and international social pluralism with professing to lean left or in fact being a particularly enlightened liberal progressive. To be clear, opposing the TPP isn’t a contradiction of that because the TPP subverts democracy, justice, and sovereignty for blind unrestricted avarice, but, I don’t see that as the defining quality of the EU in spite of all its shortcomings today any more than I would see that as the defining quality of the US union itself.

critic of it AFAIK.

Sorry, my crappy writing. Corbyn was a long-standing critic of the EU.

There is nothing that Labour leader Jeremy Corbyn once proclaimed as an issue of political principle that he will not jettison.

As a Labour councillor in 1975, Corbyn voted against Britain remaining a
member of the then European Economic Community. Following his election
as an MP in 1983, Corbyn voted against the position of three separate
Labour Party leaders over the issue of the EU. He opposed the Maastricht
Treaty and the Lisbon Treaty and supported calls for a referendum on
Britain’s EU membership in 2011.

This topic was automatically closed after 193 days. New replies are no longer allowed.