Listen to the soldiers' musical soundtrack of the Vietnam War

I heard everyone of those on my ipod while jog-stumbling on the treadmill this morning.

Leaving on a Jet Plane is still a heartbreaking song. John Denver, we miss you. :’ (

It may be an obvious observation, but it seems like the songs that get stuck in ones head (at least mine) are the ones which have lyrics that seem pertinent at the time. I can imagine the thought “I gotta get out of this place” going through man a soldier’s mind and of course then the song would be suggested and start looping.

I think part of the success of the song “let it go” was that in conversation with someone about their problems or when contemplating one’s own, you think think of the phrase and then of course your brain bursts into song.

I find often i will have a song stuck in my head and if I think back as to why, it’s usually because I had a thought, or even just saw a sign that suggested the lyric…

So, I guess, my obvious point is, that the songs in the heads of Viet-nam war soldiers is probably a good window into what they were thinking while they were there and their emotional state. It’s a good concept for a book. I gotta check it out.

By the way, we’re in the middle of the 50th anniversary of the Battle of Ia Drang, the first major combat between US and NVA units, and the first major modern air assualt. Get Off of My Cloud (Rolling Stones) was #1 that week.

That main photo at the top… is it just me, or…

Sorry to detract from the atrocity of war but leaving on a jet plane can only make me think of Vic Reeves on a roundabout.

Check out the ace quality video

My wife and I started singing this one day while driving in the car. Before we hit the second verse our 4 year old daughter was sobbing. The Republic of Rock

In his 1967 megahit San Francisco, Scott McKenzie sang of people in motion coming from all across the country to San Francisco, the white-hot center of rock music and anti-war protests. At the same time, another large group of young Americans was...

Only the second half addresses Vietnam directly, but that section is the best in the book, I think.

For you Prime members: 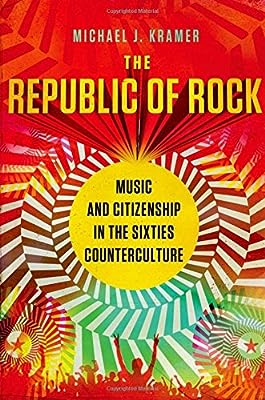 The Republic of Rock: Music and Citizenship in the Sixties Counterculture

In his 1967 megahit "San Francisco," Scott McKenzie sang of "people in motion" coming from all across the country to San Francisco, the white-hot center of rock music and anti-war protests. At the sam ...