Something must be wrong with me. I got married & had a kid, and still listened to new music. Haha.
I just like music.

Good music stands the test of time. Little Richard is still going to sound like a raucous night in a dive bar 100 years from now.

Chrissie FTW. Tattooed love boys is still on my daily playlist - one of the most bad-ass sexiest vocals and tastefully kick-ass guitar solos on record.

I also have bikini kill, babes in toyland, pj Harvey, missy Elliott and lauryn hill on my Mount Rushmore of female musician awesomeness. (My Mount Rushmore has room for way more than 4 faces

Good music stands the test of time. Little Richard is still going to sound like a raucous night in a dive bar 100 years from now.

It is insane the longevity that their first album has.

I go to metal shows and they still are using War Pigs to warm up the audience before the opening act. Young people still all seem to know the words.

I’ve known plenty of single people who let their musical tastes ossify at those ages as well, so I think there’s more to it than that

there’s been times in recent years when I barely listened to any music, much less new artists. But that’s nobody’s fault but mine.

I started to tune out new artists when songs getting the most airtime/suggestions seemed repetitive. I grew up listening to singers and songs a few decades older than I was and could easily tell them apart (unless they were purposely imitating each other). When the style of multiple vocalists seems to blend together, that’s a bit disturbing.

Also, my favorite music has good lyrics, and that’s where a lot of hits really missed with me. I’ve had problems hearing all my life, so I’d sometimes have a moment of shock after finding out what was said or sung along with an otherwise enjoyable melody or beat. It was enough to ruin something, like a mental record scratch bringing what I heard to a stop.

I dunno man, the Dead were pretty damn good. 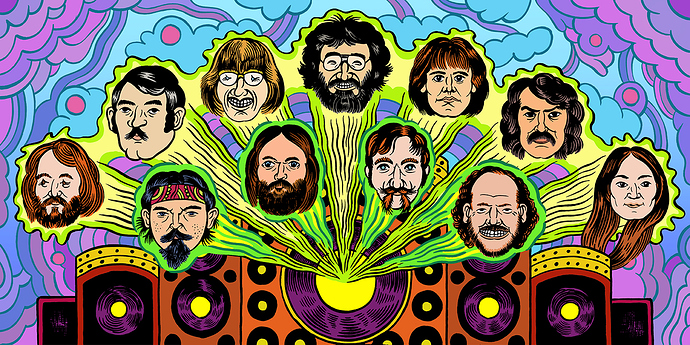 The caliber of dead just is so much higher than the living.

i know lots of people who have that opinion but there are great artists in every generation, it seems to me. somehow i have kept finding great artists making great music throughout my life so far.

along the lines of what @KathyPartdeux was saying above, one thing that i feel confident saying for sure is that in every generation and genre of music the ratio of crap to gold (c/g) is always greater than 1, is usually greater than 100, and often greater than 1000. once 10 or 20 years pass the crap is forgotten leaving behind that residue of greatness most people tend to romanticize about. i’m sure in 30-40 years today’s teens and twentysomethings will talk about how the music of the 2050s just doesn’t have the quality of the music they made in the aughts or the teens.

We never have to stop, but for some reason most of us do

i ended up taking a different approach through my life because when i was an adolescent i discovered john cage whose music taught me to keep my ears open for the unexpectedly musical in the soundscape around me and beyond that kept me open to the potential greatness in the music of each new year and each passing decade. this in turn pushed me to dig deeper into the music of my times and times past.

i am absolutely not saying i think it’s all great, all the time, simply that greatness exists in every time period and is waiting for each of us to discover it if we allow ourselves to be open to the possibility.

My Mount Rushmore has room for way more than 4 faces

Great calls. A skosh more than a decade ago, we played Nina walking back up the aisle after being pronounced husband and wife. And Neko was near the top of the playlist at the backyard reception after

This branch of the rockface (ha) prolly needs to carve out a spot for Emmylou as well.

I fell into the rabbit hole of global rap: Mongolian rap, Ukrainian fake-folk rap, and recently female indigenous rappers of Peru and Ecuador…

carve out a spot for Emmylou as well.

Seconded. I have such a crush on her. 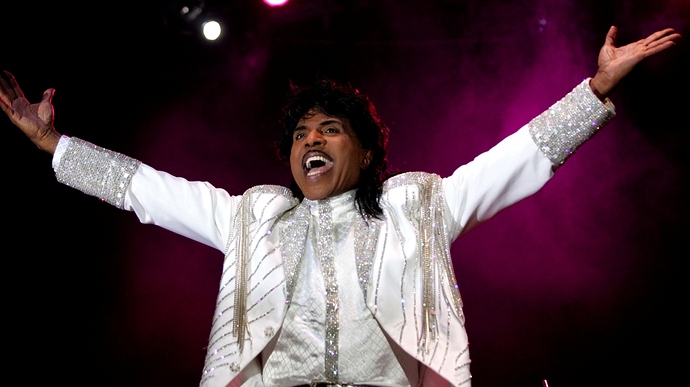 Tributes pour in for groundbreaking US musician who passed away aged 87.

Thank you, good people, for the excellent, informative commentary here. I never knew about the no-new-music-after-28-33 supposition.

I am an old dude who grew up obsessed with the guitar, listening to what is now referred to as “classic” rock. I love classic rock, but I just can’t listen to it much anymore. Radio has totally ruined it for me. But, that said, I have always been on a quest for new music. Four or five years ago I started listening to my local college station and discovered a plethora of good music. Another source for expanding my musical palette is the library. Being a no risk proposition, I come home with 20-30 cds at a time, often chosen for no other reason than it’s got some funky cover art or the band has weird name. I mean, Neutral Milk Hotel? Gotta see what that sounds like. And, about 50% of the time those end up in the collection.
As for Little Richard, my father was an SDA minister who took a very dim view of the man, so naturally I dug the hell out of him. His music was so ballsy and frenetic, when it was cranked you had one of two choices. Dance your ass off or punch somebody.

That said, I agree more or less that my music exploration definately got less broad after my late 20s. But it never stopped completely. I am lucky that some of my favorite groups/people are still putting out music, but also I have discovered newer groups since then. Two examples would be Grendel and Caravan Palace.

CP’s videos aren’t work safe… but awesome. (Not all of them are like this, but these two are.)

A god among mere mortals surveys his glorious and eternal kingdom.