Oh also, can I use it on any device which will mount USB storage?

It’s your site, etc., but I really wish you’d at least pretend you’re recommending a product, rather than transparently parroting marketing copy.

I’d genuinely be interested to read a review, and I’d be fine with an affiliate link at the end, but there’s no way I’m going to read a ****ing ad.

For example, I’d be interested to know how it handles depth of field (DOF) - does it just offer the ability to adjust the focus point of the extremely shallow DOF of the f2 lens, or is it possible to extend the DOF to that of, say f11?

Give one to @beschizza and we might benefit from a characterful voice-over montage of spider-mites or somesuch by way of a review.

I’d genuinely be interested to read a review, and I’d be fine with an affiliate link at the end, but there’s no way I’m going to read a ****ing ad. 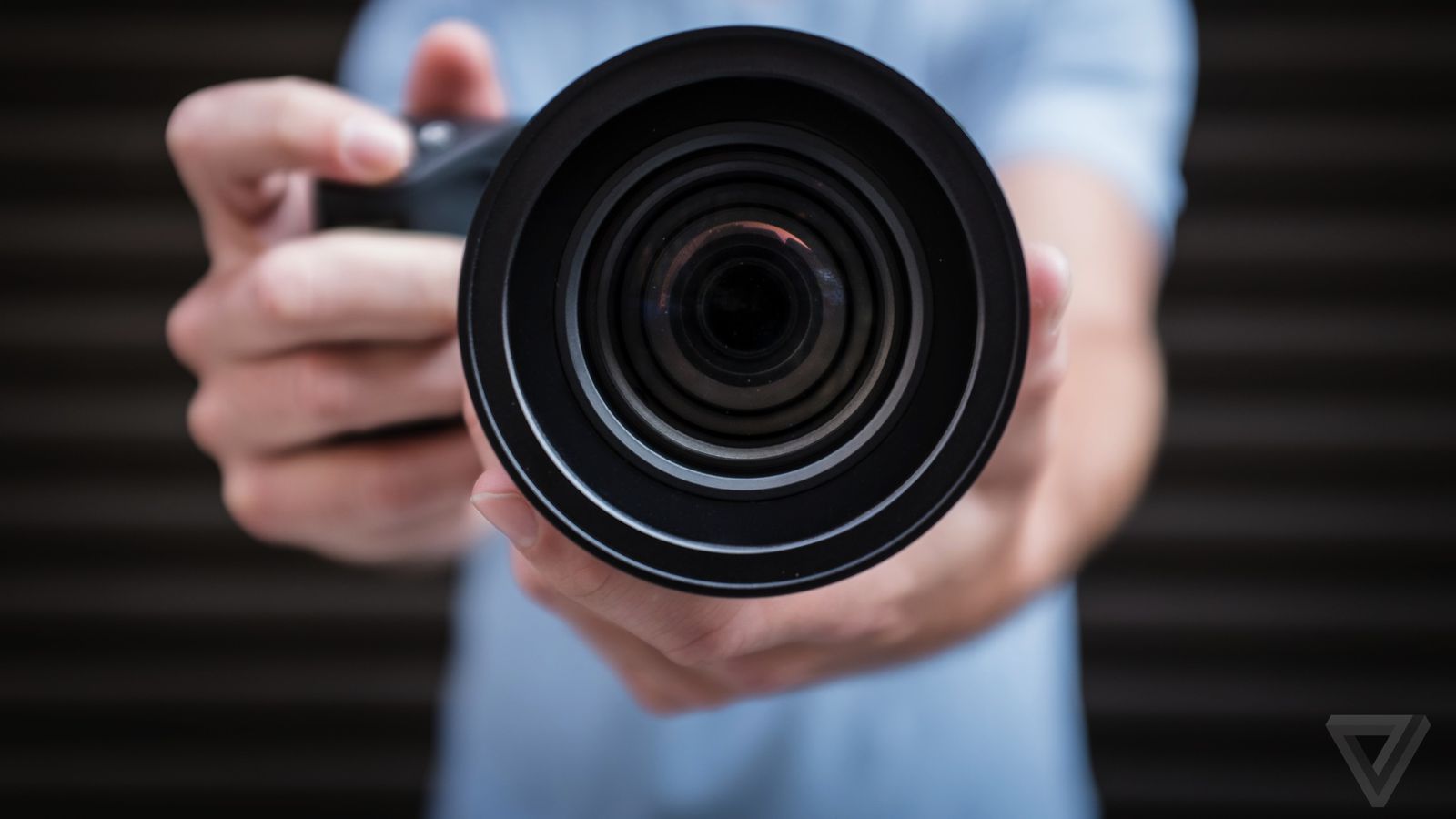 Lytro Illum review: this is the camera of the future

Ten minutes into using the Lytro Illum, I’m throwing out everything I’ve ever learned about photography. Taking great photos with this camera has a different set of rules, a different guiding...

Note that there have been a LOT of firmware, OS and app (mobile and desktop) upgrades to the Lytro Illum since this review, in some regards making it a different product than what was reviewable over a year ago before the product launched. Because so much of what it does is software-driven, the feature set is changing.

I’m seriously interested in a review by someone old enough to need reading glasses. Because my distance vision is fine and I can’t read the stupid flat-screen without readers – which I have to take off and put back on to use one of those things. Meanwhile, a basic DSLR works fine because the optical viewfinder can be adjusted for my eyesight.

Apparently photography is now reserved for those under the age of forty.

Shoot photos at an optimal resolution for sharing online

That’s an interesting way of saying “once you’re bored of playing with depth of field and maybe want to print something, you’re left with a 4 megapixel statoc image”.

Thanks for the link, Shash, which does seem to answer my question.

That’s an interesting way of saying “once you’re bored of playing with depth of field and maybe want to print something, you’re left with a 4 megapixel statoc image”.

Yes, the fact that the resolution amounts to 4MB at any one focus point is a major problem - not sure I can think of a way round that without capturing a truly scary amount of data per shot!
The output as a refocusable, ‘3D’ image is nice, but kind of gimmicky - as you suggest, it’s not really suitable for the way I’d want to use it: refocus an image once, then output it as highest-quality RAW/JPG or a printed image.

This is one of the best, unwarranted ‘get off my lawn’ rants I’ve read in a while.

Pretty much. Everyone is taking the pictures with their smartphones so it looks like photography is only for the young.

is it possible to extend the DOF to that of, say f11?

Yes, it goes to 11. And even f16. Adjustable on camera (as of last April’s firmware update) or on desktop. AFTER you take the shot.

We've taken a brief look at the definition and principle of LightField Photography in What is the LightField. In this article, we'd like to elaborate on what becomes possible when you record not ju...

It’s your site, etc., but I really wish you’d at least pretend you’re recommending a product, rather than transparently parroting marketing copy.

This is how BB store posts work. They simply repost the marketing copy from the StackSocial store that they’ve rebranded to be the “BoingBoing” store.

Also of note: the MSRP might be $1300, but nobody actually sells it for that price. This is still cheaper than the $750-850 that you generally find it for elsewhere, but it’s not the amazing 46% discount that they’re touting it to be.

I love the idea of lightfield technology. I’m just waiting for it to get a bit better in terms of the actual static photo output size. It’ll get there, eventually! And until then, here’s the Digital Rev guys (whom I love) doing a hands on review (from January of this year):

It’s really badly differentiated, especially on RSS where it shows up as just another article.

You can adjust the dof from f/1.0 to f/16-- though I’m not sure that Lytro’s use of those terms have any connection to optics anymore.

It’s really badly differentiated, especially on RSS where it shows up as just another article.

As somebody who visits the site exclusively from my RSS reader, I’ll just mention the following:

1 - the author in the RSS feed is listed as “Boing Boing’s Store”
2 - they seem to have gotten rid of full article content from the RSS feeds now, so you have to go to the site to see the full article any way (and if you want to comment, you have to come to the article on the site as well)

They’re pretty transparent about stuff being posted from the store.

Apparently photography is now reserved for those under the age of forty.

Why? DSLRs are getting better all the time. I can’t use cameras with silly LCD-only displays but the optical viewfinder on my K3 is as good as one on any film SLR I have had.

All the reviews I’ve read of it are pretty bad alas. The sensor isn’t that great for a camera in that range the trade off for capturing the “full light field” is less resolution and quality in the final image.

The idea that you can change the focus after a photo is shot, while it seems cool, is counter to what most photographers do when making focus work for them. The only real upside is being able to refocus an image after it is shot changing the focusing from the front end to the tail end of the workflow.

Supposedly the lytro image format is notoriously hard to do any post photo processing on, so you have to convert the photo out before doing any real work on any photo anyway.

They claim it can capture 3D images, but it doesn’t capture multiple angles, so by 3D them mean, various focal depths.

I was excited when I first heard about this camera, but the reviews online by professional photographers are abysmal.

is counter to what most photographers do when making focus work for them.

I know what I want to focus on when I take the picture, and I rarely use anything other than the spot focus setting. But then I grew up with rangefinders.

The other day I came across a large fluorescent hairy caterpillar when out without a camera, so I had to use the one on my phone (Xperia Z1.) I was pleasantly surprised by the result even though I didn’t have time to change it from the 8Mpx setting.

So my feeling is that where the Lytro fails is that if you are going to carry it around you might just as well carry a proper camera, because in practice your results with it probably won’t be better than a phone camera.