The Epic Death Of The Mad King Of Lake Michigan

Over the years, a surprising number of Americans have tried to set themselves up as kings and queens. James Strang, the Mad King of Lake Michigan, was more successful than most.

This reminds me of Trevor Noah’s comments on The Daily Show about why wildfires are so bad now - because of how indigenous people (and their practices) were treated in the past:

Before abortion was legal, women flocked to rural Pa. to see the ‘Angel of...

Starting in the 1920s, Dr. Robert Spencer performed anywhere between 40,000 and 100,000 abortions in his three-story stone building in rural Pennsylvania. Women came from nearly every state.

Dr. Henry Morgentaler, who led the abortion movement in Canada, has died at age 90, more than four decades after breaking the law at the time and opening the country's first abortion clinic in Montreal.

"The next Morning drink a Quarter of Pint of Pennyroyal Water, or Decoction, with 12 Drops of Spirits of Harts-horn."

The year was 1748, the place was Philadelphia, and the book was The Instructor , a popular British manual for everything from arithmetic to letter-writing to caring for horses’ hooves. Benjamin Franklin had set himself to adapting it for the American colonies.

Ben Franklin had nothing to do with American history or the Founders.

Let’s get even more ‘historical’, shall we?! Let’s see what God in the Bible has to say about abortions:

11 Then the Lord said to Moses, 12 “Speak to the Israelites and say to them: ‘If a man’s wife goes astray and is unfaithful to him 13 so that another man has sexual relations with her, and this is hidden from her husband and her impurity is undetected (since there is no witness against her and she has not been caught in the act), 14 and if feelings of jealousy come over her husband and he suspects his wife and she is impure—or if he is jealous and suspects her even though she is not impure— 15 then he is to take his wife to the priest. He must also take an offering of a tenth of an ephah of barley flour on her behalf. He must not pour olive oil on it or put incense on it, because it is a grain offering for jealousy, a reminder-offering to draw attention to wrongdoing.

16 “‘The priest shall bring her and have her stand before the Lord. 17 Then he shall take some holy water in a clay jar and put some dust from the tabernacle floor into the water. 18 After the priest has had the woman stand before the Lord, he shall loosen her hair and place in her hands the reminder-offering, the grain offering for jealousy, while he himself holds the bitter water that brings a curse. 19 Then the priest shall put the woman under oath and say to her, “If no other man has had sexual relations with you and you have not gone astray and become impure while married to your husband, may this bitter water that brings a curse not harm you. 20 But if you have gone astray while married to your husband and you have made yourself impure by having sexual relations with a man other than your husband”— 21 here the priest is to put the woman under this curse—“may the Lord cause you to become a curse among your people when he makes your womb miscarry and your abdomen swell. 22 May this water that brings a curse enter your body so that your abdomen swells or your womb miscarries.”

23 “‘The priest is to write these curses on a scroll and then wash them off into the bitter water. 24 He shall make the woman drink the bitter water that brings a curse, and this water that brings a curse and causes bitter suffering will enter her. 25 The priest is to take from her hands the grain offering for jealousy, wave it before the Lord and bring it to the altar. 26 The priest is then to take a handful of the grain offering as a memorial offering and burn it on the altar; after that, he is to have the woman drink the water. 27 If she has made herself impure and been unfaithful to her husband, this will be the result: When she is made to drink the water that brings a curse and causes bitter suffering, it will enter her, her abdomen will swell and her womb will miscarry, and she will become a curse. 28 If, however, the woman has not made herself impure, but is clean, she will be cleared of guilt and will be able to have children.

29 “‘This, then, is the law of jealousy when a woman goes astray and makes herself impure while married to her husband, 30 or when feelings of jealousy come over a man because he suspects his wife. The priest is to have her stand before the Lord and is to apply this entire law to her. 31 The husband will be innocent of any wrongdoing, but the woman will bear the consequences of her sin.’”

I did not remember this moment in history in any detail, despite it not being that long ago (and being a momentous decision):

In all his 42 years in the Senate, Orrin Hatch’s greatest achievement was his last-minute rescue of the Americans with Disabilities Act of 1990.

@ticiaverveer
The face of a woman stares at us across millennia. She was delicately carved from mammoth ivory during the last ice age, c. 25,000 years ago. https://t.co/M09NKlPSxF

@ticiaverveer
Her face is framed by flowing locks of braided hair (or perhaps a wig or hood?). The miniature head, 36.5 mm high, 22 mm deep, 19 mm wide, was found in a cave at Brassempouy in France. donsmaps.com/brassempouyven… https://t.co/qZUdXYiKV7

@diannaeanderson
On this day, 89yrs ago, the German Student Association, in collaboration with Goebbels, began a five day "cleanse" of libraries, bookstores, and institutions of anything deemed not conducive to the character of the German Volk. They started with the Institute of Sexual Knowledge. https://t.co/kc5a5i82wj

Except, of course, things lately aren’t seeming particularly farcical, are they?

The face of a woman stares at us across millennia. She was delicately carved from mammoth ivory during the last ice age, c. 25,000 years ago.

It’s fascinating to compare this with the Venus of Willendorf and similar sculptures from roughly the same time period. If there was a body attached, it would be slender, unlike the Venus, which is full-figured. The Venus has no face, whereas this woman’s face is carved in detail. Most interesting, they both have similar hairstyles or hair coverings, although the artists could have lived millennia apart.

Most interesting, they both have similar hairstyles or hair coverings, although the artists could have lived millennia apart.

That’s the part that makes sense to me: back before hair products and precise cutting blades, braiding/dreads would have been the easiest way to manage one’s hair.

They had those. It’s amazing how sharp a blade made from stone or bone can be. No scissors for quite some time, though.

Hair products, sort of. There is only so much one can do with mud, fat, pulped plants, ashes and so on, but still a range of options.

Fanny Mendelssohn (14 November 1805 – 14 May 1847) was a German composer and pianist of the early Romantic era who was also known as Fanny (Cäcilie) Mendelssohn Bartholdy and, after her marriage, Fanny Hensel. In addition, she was referred to as Fanny Mendelssohn Hensel. Her compositions include a piano trio, a piano quartet, an orchestral overture, four cantatas, more than 125 pieces for the piano, and over 250 lieder, most of which went unpublished in her lifetime. Although praised for her ...

The Seven Years' War, a global conflict known in America as the French and Indian War, officially begins when England declares war on France. However, fighting 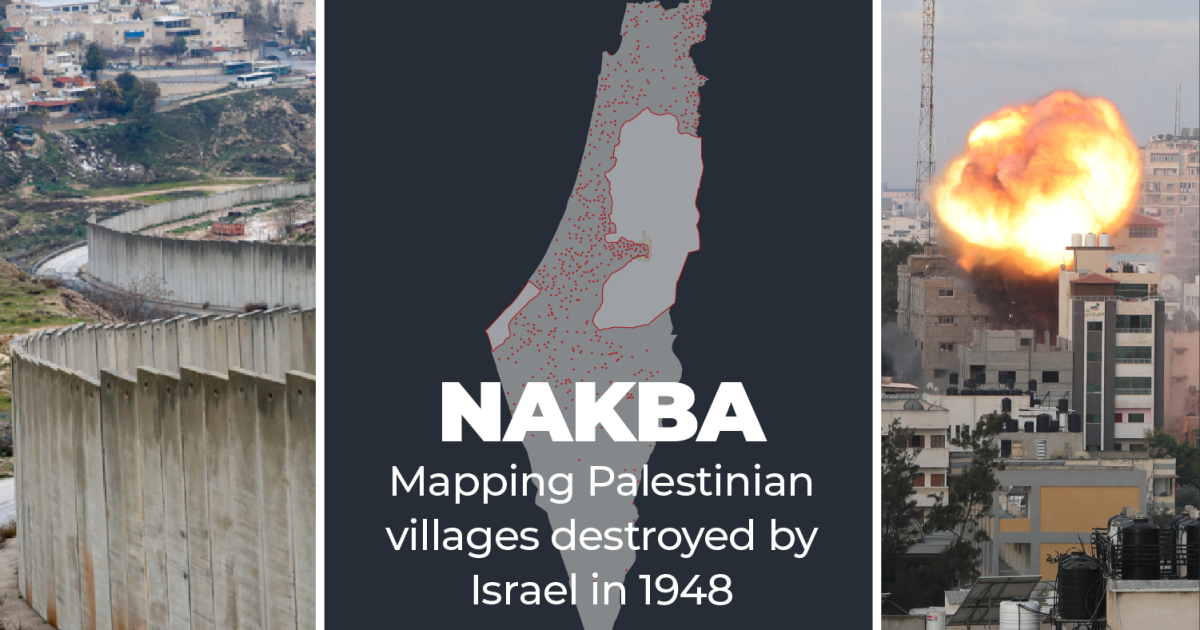 Nakba Day: What happened in Palestine in 1948?

This year marks 74 years of Al-Nakba, or the Palestinian experience of dispossession and loss of their homeland. 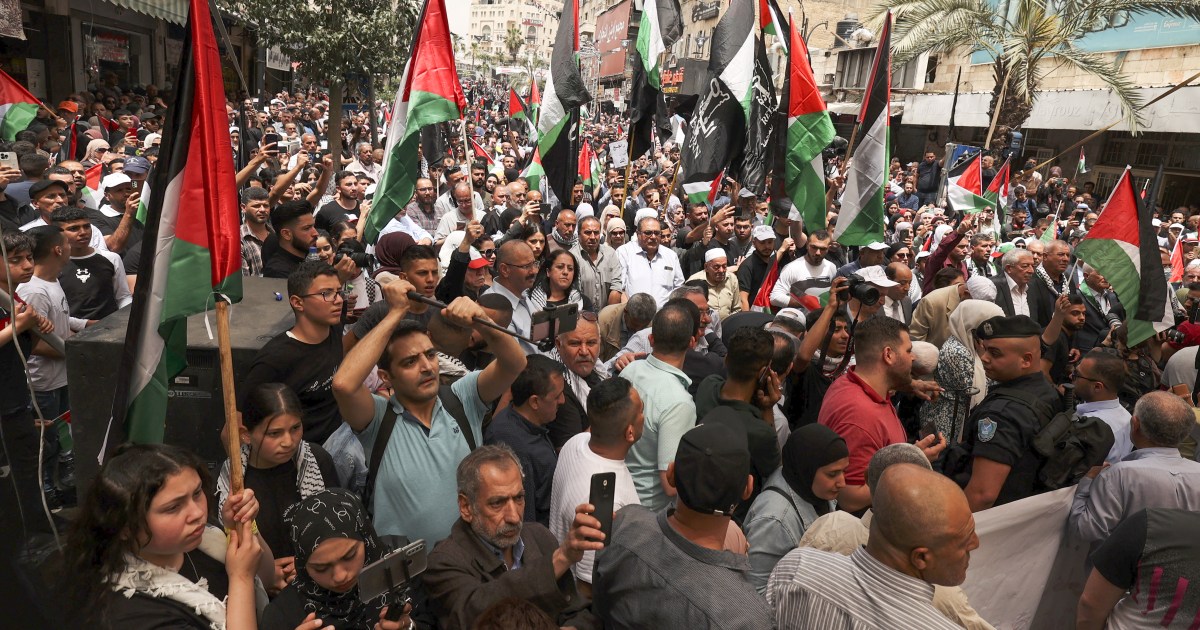 May 15 marks the commemoration of the Nakba, which led to the expulsion of 750,000 Palestinians from their homes.

In his book The Women's House of Detention, Hugh Ryan writes about the New York City prison and the role it played in the gay rights movement of the '60s, including the 1969 Stonewall Uprising.